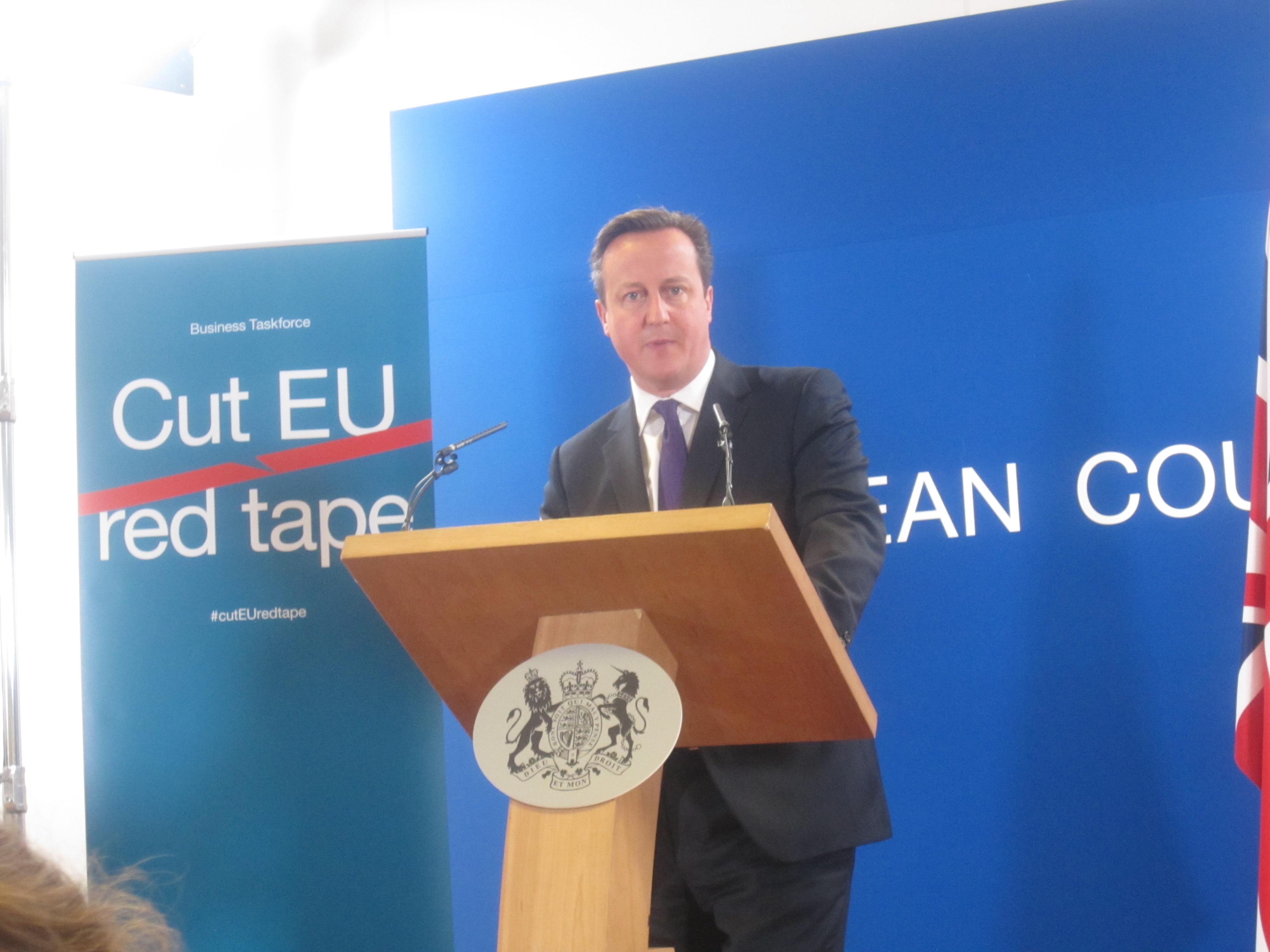 During his press conference following the EU summit, which ended today (25 October), UK Prime Minister David Cameron focused on a British initiative to cut red tape in the Union, snubbing the other issues reflected in the conclusions, such as the economic and monetary union or the migration crisis.

Facing the press, Cameron stood in front of a banner, reading “Cut EU red tape”, while an aide distributed a folder summing up the main ideas behind the British drive to reduce bureaucracy in the Union to reporters.

Cameron expressed his satisfaction that cutting red tape was mentioned in the Council Conclusions. Under the heading “regulatory fitness" (item 29, 30, 31 and 32), EU leaders “welcome the steps taken by the member states and the EU aimed at better identification of excessively burdensome regulation”.

However, the British proposals go far beyond the Council Conclusions. Drafted by representatives of British business, they include assurances that data protection rules “don’t place unreasonable cost on business”, or that no new regulations on shale gas be introduced.

Other proposals include 'drop'  or 'withdraw' proposals on environmental impact assessments, rules on food labelling or soil protection, for example.

UK business leaders further proposed that the EU should not pass new legislative proposals “unless they pass a competitiveness test”.

EURACTIV asked Cameron if the initiative, coupled with the fact that he ignored issues such as migration, meant that he wanted to make a further push for a Europe à la carte. Cameron said that the initiative to cut red tape was supported by several countries.

“Europe should be about helping businesses to grow, helping them to take on people, helping to get our economies moving, that’s what we need in Europe. We need wealth creation, we need jobs, we need enterprise, and we are not going to get it if we over-regulate.

“Do we have a Europe à la carte? Countries make different choices, Britain is not in the single currency, we are not going to be, we are not part of the Schengen no borders agreement and we are not going to join that, but other European countries are not necessarily part of Nato […], so there is always an element of being able to choose things you are most enthusiastic about. And my argument is that makes Europe stronger, not weaker," he said.

The prime minister said that in the Council conclusions, social policy actions remained voluntary for countries outside the single currency, adding that his country would not take part in “these additional bits of economic coordination”.

Speaking on the same topic almost simultaneously, French President François Hollande appeared to allude to the British proposals, saying that his country was favourable to the “simplification” of EU legislation, “as long as the objectives to protect consumers, workers and environment are guaranteed”.

Without specifically mentioning the UK, he said that those who were vocal about cutting red tape were the first to request new regulations.

The French delegation circulated a proposal on the “simplification” of EU legislation.

European Union regulation is strangling economic growth and costing the continent billions of euros, according to a British government report on 14 October that Prime Minister David Cameron hopes will bolster his case for reform of the 28-nation bloc.

Cameron set up the review of EU red tape in June, addressing one of the biggest grievances of British eurosceptics who complain that the bloc's rules are often petty, interfering and expensive to implement.