AFP and EURACTIV.com with Reuters 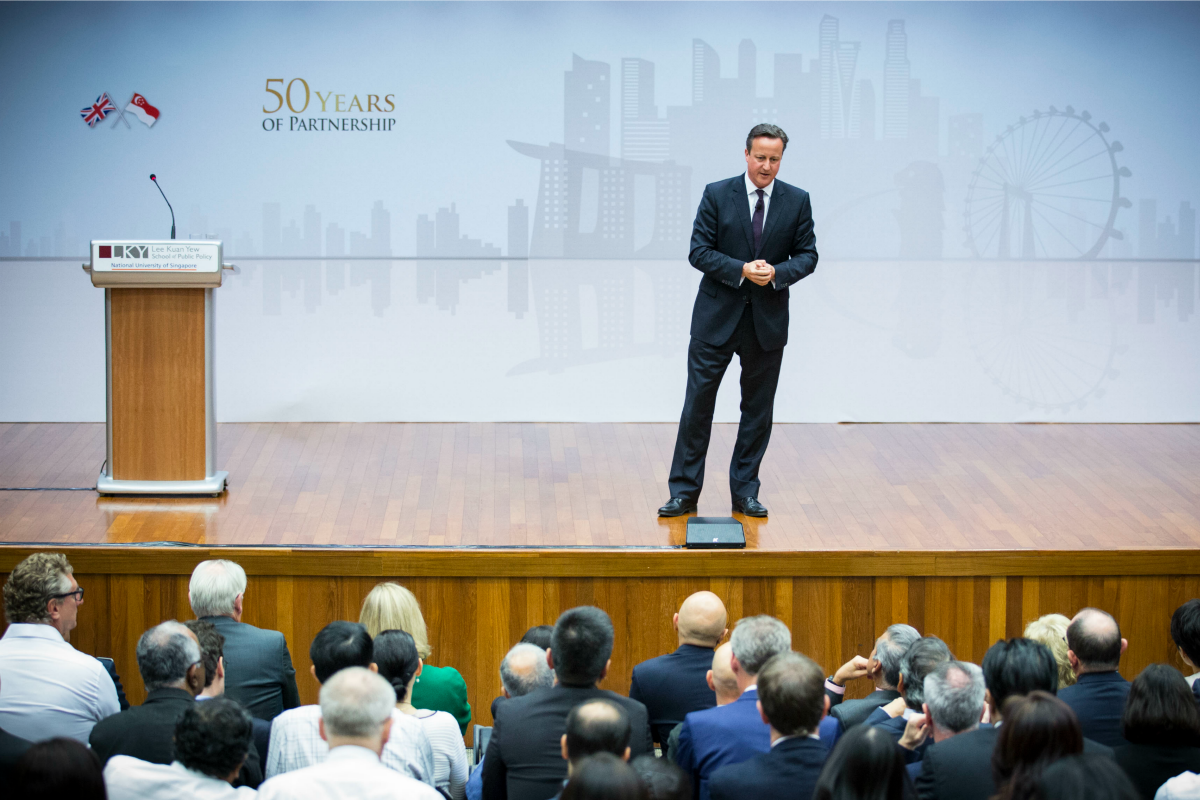 David Cameron on a visit to the the Lee Kuan Yew School of Public Policy. Singapore, 28 July. [Number 10/Flickr]

It was Cameron’s first parliamentary defeat since he was reelected in May with a slim majority and highlighted the historic splits over Europe in his Conservative Party that contributed to the downfall of two of his predecessors.

The government had wanted to water down the usual rules on so-called “purdah”, under which ministers are banned from making any announcements which could affect the result of the vote for the last 28 days of a referendum or election campaign.

But the normal rules will now be applied after the government’s plans were defeated by 312 to 285 votes. Thirty-seven Conservatives rebelled against Cameron.

Cameron, who plans to reshape Britain’s relationship with the bloc ahead of a membership vote by the end of 2017, has said he wants to stay in a reformed EU but rules nothing out if his renegotiation is unsuccessful. But suspicions are growing among Eurosceptic MPs that Cameron will be content to secure cosmetic changes to Britain’s relationship with Europe ahead of the vote, rather than the deep-seated changes they want.

While overall legislation paving the way for the referendum easily passed to parliament’s upper house following a vote in the House of Commons in the early hours of Tuesday (8 September), the government will now have to accept the changes after lawmakers amended the bill’s proposed rules.

No taxpayer money for referendum campaign

Cameron made two concessions last week over the referendum, agreeing to make the wording of the question more neutral and to accept some limits to government activity in the run-up to the vote.

While lawmakers from Cameron’s party back the idea of holding the referendum, many Eurosceptic Conservatives argued the concessions did not go far enough and said a full period of “purdah” must be applied.

“If the public detect that the referendum has been rigged to help one side, the public will not feel it’s legitimate, they will not feel that the debates are straight and whatever the result is, many of them will not accept it,” Conservative lawmaker and former minister Owen Paterson told parliament.

Leading Eurosceptic Bernard Jenkin summed up the concerns of many by saying: “Ministers want to use their private offices to organise their speaking tours, they want to use their special advisers who are paid for by the taxpayer to campaign on the referendum. This is not an acceptable use of public money.”

Britain’s election watchdog has also expressed concerns about not implementing purdah in full, a change the government has argued was needed to prevent a situation whereby British officials were unable to react to international events concerning Europe for fear of breaching regulations.

The opposition Labour Party, which voted against the government’s proposed rules, described the defeat as “humiliating” for Cameron.

“The government should never have rushed through its flawed plans to play fast and loose with the rules on the referendum,” Labour foreign affairs spokesman Hilary Benn said in a statement following the vote.

The defeat at the hands of 37 rebels within his own party will ring alarm bells for Cameron, signalling that deep historical divisions within the Conservatives over Europe still exist.

In the early 1990s, a prolonged and bitter rebellion over Britain’s implementation of the EU Maastricht treaty weakened former Conservative Prime Minister John Major’s government – which also had only a slim majority – and contributed to his eventual election defeat.

In a boost to Eurosceptics, an opinion poll published on Saturday showed a majority of Britons now favoured leaving the European Union amid concerns over immigration, the first time that series of polls had found a lead for the “out” campaign since November 2014.

Pollsters Survation also said a “significant minority” of voters who favour remaining in the EU would consider changing their minds should Europe’s migration crisis worsen.

The migration crisis and initial reluctance by Britain, which is not part of the EU’s Schengen zone of open border travel, to accept more Syrian refugees, has threatened to overshadow Cameron’s ongoing renegotiation efforts.

“It’s true the UK isn’t in the Schengen zone and so it has some possibilities that the rest of Europe doesn’t have. But that doesn’t exempt it from making an effort in solidarity,” French President Francois Hollande told a news conference on Monday.

“Everyone must understand: You can’t ask for solidarity when there’s a problem and then exempt yourself from doing your duty when there is a solution,” Hollande said.

Britain’s governing Conservative Party won an absolute majority in the UK general election on 7 May 2015.

Prime Minister David Cameron promised to renegotiate the UK's relations with the European Union if re-elected. The renegotiation will be followed by a referendum by the end of 2017, to decide whether or not the United Kingdom should remain in the EU.