Cameron to face Scottish nationalist leader over fate of UK 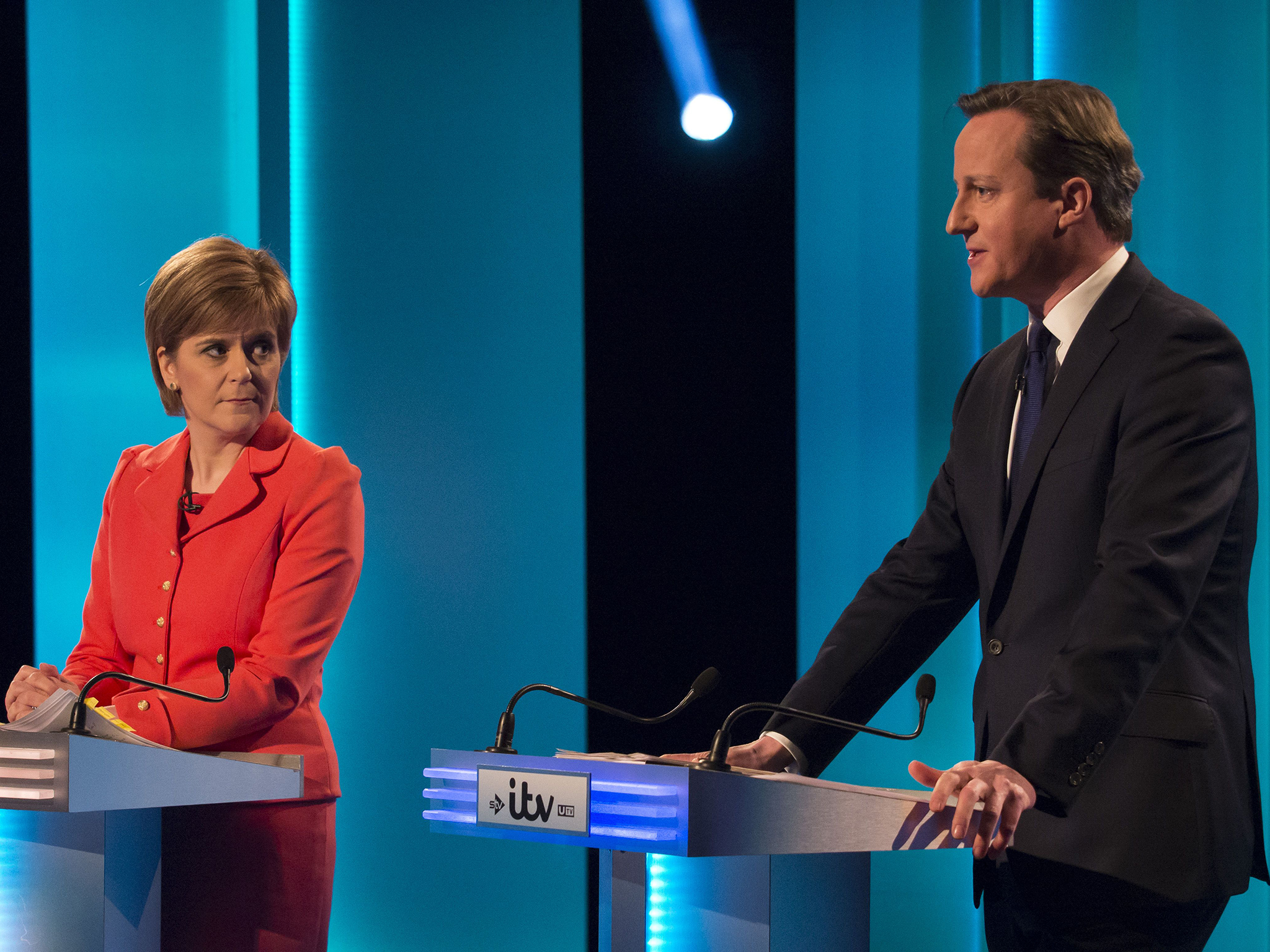 As both sides brace for a confrontation, Cameron is offering Scotland the “the strongest devolved government anywhere in the world”, with more powers to set income tax rates and influence welfare spending.

That is unlikely to satisfy Sturgeon, Scotland’s first minister, who wants complete control over tax and spending, and potentially another chance to win the independence Scottish voters rejected last year.

“We want to see devolution of powers over employment policy, including the minimum wage, welfare, business taxes, national insurance and equality policy,” Sturgeon told the Scottish Parliament in Edinburgh.

She said she wanted Cameron to look again at London’s proposals, which were drafted with the agreement of all Britain’s traditional parties, with “a with a view to extending devolution even further.”

The SNP argues that its victory shows Scottish voters have decisively rejected the public spending cuts imposed by Cameron’s Conservatives. Sturgeon argues that any future settlement must give Scotland the power to pursue the less austere policies Scottish voters demand.

Cameron, a distant cousin of Queen Elizabeth, is as staunchly unionist as Sturgeon, daughter of a Scottish electrician, is clear that she still wants independence one day.

They have already publicly clashed over a new referendum: Cameron says there won’t be one. Sturgeon says that is not Cameron’s call but a decision for Scots.

The party would be prepared to push ahead with a second independence referendum without David Cameron’s permission if the prime minister refuses any future demand to hold one, a senior SNP source in Westminster told The Guardian.

The party would be prepared to try to bypass the prime minister and hold an indicative ballot of the Scottish people if it believes it has a political mandate for a referendum but Westminster refuses to allow one.

Sturgeon’s pugnacious predecessor, Alex Salmond, 60, who stepped down as SNP leader after last year’s referendum and will now take up a seat as a newly elected SNP Member of Parliament in London, told reporters he still expects to see independence in his lifetime.

Scotland’s three centuries old union with England could depend on the fate of another union: Cameron has promised to renegotiate Britain’s relationship with the European Union and hold an in-or-out EU membership referendum by the end of 2017.

Sturgeon has said that if England voted to leave the EU but Scotland voted to stay, it could trigger another referendum on Scottish independence.

For now though, a new chance at independence is not yet on the cards. The focus instead is on finding a role for Scotland within the United Kingdom.

After the independence vote, Britain’s main parties agreed to grant Scotland more tax-raising powers as part of the biggest transfer of authority to Scotland from the United Kingdom since 1999 when a Scots parliament was set up.

>> Read: London transfers powers to Scotland as reward for staying in the EU

The SNP holds the most seats in the Scottish parliament and Sturgeon leads Scotland’s government as first minister. Her government already controls most state services such as education and health, but has little say over how much Scottish taxpayers pay and it gets to spend.

Under draft laws which Cameron is expected to pass, Scotland will have control over tax revenues worth £20 billion a year and welfare spending worth £2.5 billion a year, although some taxes the SNP wants control of are excluded.

“The government has already said there will be very significant further devolution, there was cross party agreement on that,” a spokesman for Cameron said.

“The prime minister of course will regularly meet and discuss with the first minister of Scotland. I think it is fair to characterise things as getting on with the further devolution that has been promised to the people of Scotland.”

Cameron’s unexpected majority in the UK parliament limits Sturgeon’s influence over UK policy. Instead of wielding power as kingmakers in London’s Westminster parliament as polls predicted ahead of the vote, her cadre of lawmakers will sit on the opposition benches with the defeated Labour party.

Cameron’s aides say it is now up to the SNP to decide whether to play a part in helping to shape the new settlement offered to Scotland, or sulk in opposition.

“They are the third largest party in the House of Commons. The ball’s in their court whether they use that constructively or destructively,” said a government adviser, speaking about party politics on condition of anonymity.

The SNP is due to face Scottish voters once again in an election for the Scottish parliament next year. Some voters say Sturgeon’s new mandate means she has no excuse if she fails to deliver on her promises.

“I voted ‘No’ in the referendum, but now they [the SNP] have five years in which they can prove themselves and they can deliver without blaming everything on Westminster,” said Eilidh Maclean, a 19-year-old IT worker in oil city Aberdeen.

“This is Nicola Sturgeon’s time, she can’t blame anyone else, she’s got all the power that she needs to deliver everything that she promised. And if she can’t do that, she can’t deliver on independence.”

Scotland and the UK signed an agreement on 15 October 2012 opening the way for a referendum on independence, The vote took place last September when the Scottish voted to remain part of the United Kingdom, rejecting independence by about 55% to 45% in a poll that attracted a British record 84.59% turnout and is set to spur major constitutional change.

The Scottish Parliament was founded in 1999 as part of the process of devolution within the UK, which created regional assemblies in Scotland, Wales and Northern Ireland, to give the regions greater autonomy.

The Scottish Parliament has control over some parts of policy, such as education and health, and can create its own laws on these issues.