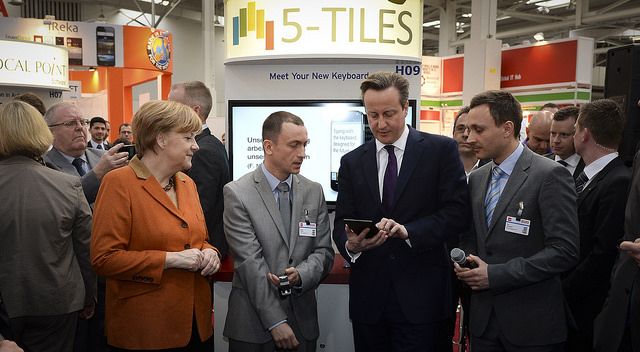 British Prime Minister David Cameron will present his counterparts with a list of demands for the UK’s European Union membership renegotiation at the European Council dinner on Thursday. EURACTIV France reports.

David Cameron’s European tour to discuss the UK’s demands for EU reform has brought its first small victory for the British leader. His 27 EU partners have granted him permission to present his plans at the European Council dinner on Thursday (25 June). This prime time slot reflects how seriously the other European leaders take the island’s concerns.

The UK’s newly re-elected Conservative government has promised to pass a law by the end of 2015, to organise a referendum on EU membership. This law will specify the exact referendum question, as well as how the consultation process will be organised.

But the government’s communcation budget, and its own position on the referendum’s outcome, have yet to be established.

David Cameron will fight for the “yes” vote on EU membership, but only if his renegotiation is successful. A British source told EURACTIV that “the public in Britain lacks trust in the EU, and we have to re-establish it”.

Competitiveness, fairness, immigration and sovereignty on the menu

His demands are centred around four main themes. First among these is competitiveness. This encompasses a number of subjects already touched upon in the five presidents’ report on EMU governance. Strengthening the single market is the UK’s top priority in this domain. It is also the only area in which the UK wants to see deeper EU integration.

As an ardent supporter of free trade, London still hopes to see the transatlantic trade deal (TTIP) signed before Barack Obama leaves the White House in 2016. But many other member states, most notably France, Germany and Austria, do not share this objective.

The second of the British battlefronts concerns the notion of justice, or “fairness”, that should be established between the eurozone and other members of the EU. This demand reveals one of the UK’s greatest fears: being systematically outgunned on economic issues by the eurozone’s “gang of 19”.

“We have found solutions as part of the banking union, for example. On the Single Resolution Mechanism, we have insisted on double votes, and a majority of two thirds. This allows us to have our say,” a British source explained.

Immigration is the third, and possibly the most problematic, high priority issue for David Cameron.

The United Kingdom simply does not see immigration in the same way as the rest of the EU. For the island, the issue is above all one of internal EU migration, specifically migrants coming from the eastern member states.

“We have to make sure that social systems do not lead to odd situations, like over-qualified young people coming here to work in bars just because the social conditions are better in the United Kingdom,” the diplomatic source said.

But the UK’s options for tackling this issue are severely limited, as the other EU member states are unwilling to compromise on the principle of free movement.

Finally, David Cameron wants to opt out of the commitment to “ever closer union”. The United Kingdom signed up to this principle in the Lisbon Treaty, but has since changed its mind. “We no longer agree with the idea of a multi-tier Europe, which assumes that we should all go in the same direction, but at different speeds,” a British source said.

Unlike his predecessor Nicolas Sarkozy, French President François Hollande has turned a receptive ear to this last demand, and has raised no major objections. “We are prepared to allow UE members to advance in a differentiated way, like the states outside the eurozone.” This is a nuanced way of saying that France, unlike Germany, is not opposed to the possibility of treaty change in the medium term.

London also hopes that the idea of treaty change within the EU will cease to be so demonised. For the Brits, treaty change is nothing particularly radical.

Britain’s governing Conservative party won an absolute majority in the UK general election on 7 May 2015. With 12 more MPs than the other parties combined, the Conservatives no longer have to rely on a coalition partner.

Prime Minister David Cameron promised to renegotiate the UK's relations with the European Union. The renegotiation will be followed by a referendum by the end of 2017, to decide whether or not the United Kingdom should remain in the EU. This decision could have far-reaching consequences for trade, investment and Great Britain's position on the international scene.