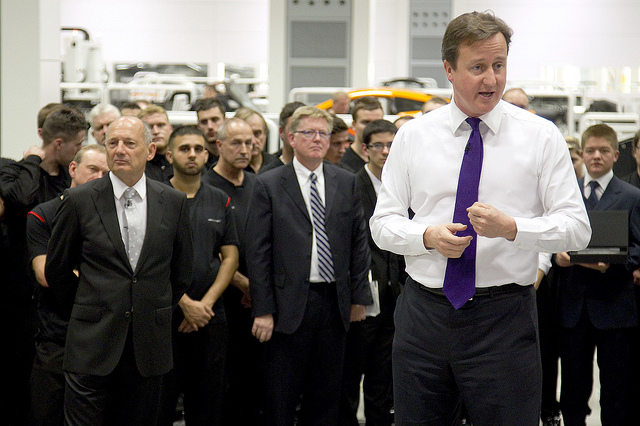 Prime Minister David Cameron said yesterday (4 January) he would like to bring forward a planned referendum on Britain’s membership of the European Union from 2017 if possible.

Under pressure from Eurosceptic members of his own party and the rise in popularity of the anti-EU UK Independence Party (UKIP), Cameron has pledged to renegotiate Britain’s ties with the 28 nation bloc and try to claw back powers to London.

He has said he will hold a referendum in 2017 if his Conservatives win a national election on 7 May.

“If I think we could do that earlier I would be delighted. The sooner I can deliver on this commitment of a renegotiation and a referendum … the better,” he told the BBC.

Cameron is set to discuss his reform plans, which include restricting EU migrants’ access to welfare payments, with German Chancellor Angela Merkel in London on Wednesday. He has said they will require treaty change, but Merkel has made clear she will not allow the EU’s rules on workers’ freedom of movement to be diluted.

UKIP leader Nigel Farage told Sky News that under Cameron’s plans, the referendum had been “kicked into the long grass” and said his renegotiation looked “highly improbable”.

Cameron, whose centre-right Conservatives have governed Britain in coalition with the centre-left Liberal Democrats since 2010, traded blows with Labour on Sunday over the economy and healthcare.

Labour says the Conservatives have borrowed much more than planned and now aim to cut the budget deficit too fast and too deeply for purely ideological reasons.

Cameron’s supporters note that Britain’s $2.5 trillion (€2 trillion) economy has emerged from its deepest downturn since World War Two to enjoy now the fastest growth rate of any major advanced economy.

“The real concern I have is if we turn back now, if we go back to the bad ways of more borrowing, more spending, more debt … we will go right back to start and really threaten the economic recovery,” said Cameron.

He said further planned public spending cuts were “moderate, sensible, reasonable” while Labour’s proposals would mean more borrowing and an extra 13.5 billion pounds (€17.3) in debt interest payments by the end of the next parliament.

On Sunday, Labour unveiled two campaign posters and a 27 page document criticising what it described as falling standards in the state-funded National Health Service (NHS) under Cameron and warning the Conservatives’ planned cuts would damage it further.

“Our health service as you know it won’t survive another five years of David Cameron,” Labour election chief Douglas Alexander said. “That is why the NHS is on the ballot paper at this election.”