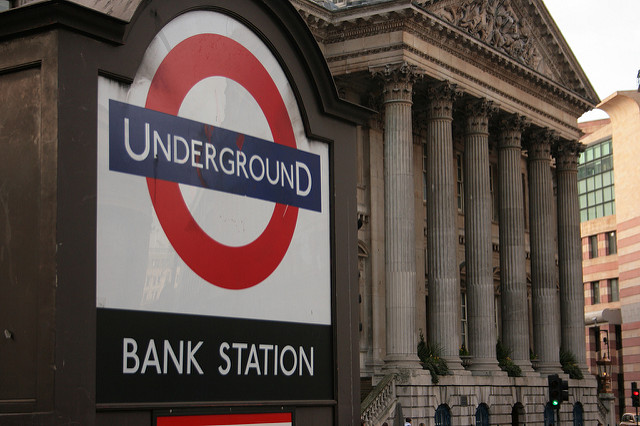 Council conclusions suggest safeguards for the City of London are a sticking point. [Jack/Flickr]

Draft European Council conclusions suggest that the relationship between eurozone countries and the City of London remains a sticking point in negotiations on a series of reforms to keep the United Kingdom in the EU.

Eurozone finance ministers meet in Brussels tomorrow (11 February) for the Eurogroup, ahead of Friday’s meeting of all EU finance ministers. While the ‘Brexit’ talks are not on the official agenda, it would be surprising if the subject didn’t come up in the behind closed-doors talks.

Diplomats and ambassadors are scheduled to discuss the draft deal overseen by European Council President Donald Tusk on Thursday.

The draft conclusions, obtained by EURACTIV, hint at where the “sherpas” talks have got to so far. On 18 February, EU leaders will meet in Brussels to discuss and perhaps approve the conclusions.

Such approval must be unanimous, and is important for Prime Minister David Cameron, who is expected afterwards to claim a victory and call the “Brexit” referendum for June.

All four of the “baskets” of EU reforms demanded by Cameron as the price for his support for the “remain” campaign in the upcoming referendum, are mentioned in the conclusions.

All, including the controversial emergency brake mechanism to ban arriving EU migrants from immediately claiming in work benefits, are described as “declarations” or “decisions”.

Only the section concerning “provisions relating to the effective management of the banking union and consequences of further integration of the euro area” contains a “draft Council decision”.

The economic governance section of the conclusion is the only section using such language, which could be laying the groundwork for fudging the issue, and returning to it at a later Council.

That suggests the issue is still contentious at this late stage, but that could change in the Sherpa talks, and in the summit of heads of state and governments. The economic governance section of the conclusion is the only section using such language

The UK is pushing for a mechanism that would allow it to escalate any EU financial services legislation up to the scrutiny of the European Council of EU leaders. Some countries, most notably France, are convinced this would amount to a “veto by the back door” – which UK government sources deny.

The UK wants the mechanism to ensure that London, the EU’s preeminent financial hub, is not damaged by decisions taken by the eurozone.

It also wants recognised in law that the EU has more than one currency, and that British taxpayers’ money can never be liable to support the eurozone.

Cameron had vowed that any deal would be irreversible and legally binding. This caused difficulties, as some believed his reforms would require treaty change, which is a lengthy and uncertain process.

British Eurosceptics have argued that without treaty change, Cameron’s reforms are meaningless.

The conclusions state that the Council conclusions are legally binding, but they make no mention of treaty change.

Instead, they state that the reforms are “compatible” with the treaties.

The UK wants the following language in the final decision on economic governance and sovereignty.

The bracketed language reads, “[The substance of this will be incorporated into the Treaties at the time of their next revision in accordance with the relevant provisions of the Treaties and the respective constitutional requirements of the member states.]”

But that was left in brackets in Tusk’s settlement, showing it had not been agreed.

Neither Tusk, nor European Commission President Jean-Claude Juncker, believe that the changes need the bloc’s treaties to be re-written, according to EU sources.

The irreversibility of the changes is not addressed directly by the draft conclusions, which are dated 8 February.

They state the decision “can only be amended by common accord” of all EU leaders.

UK government sources state that as such unanimity would need the Brits to agree, the reforms are in effect irreversible.