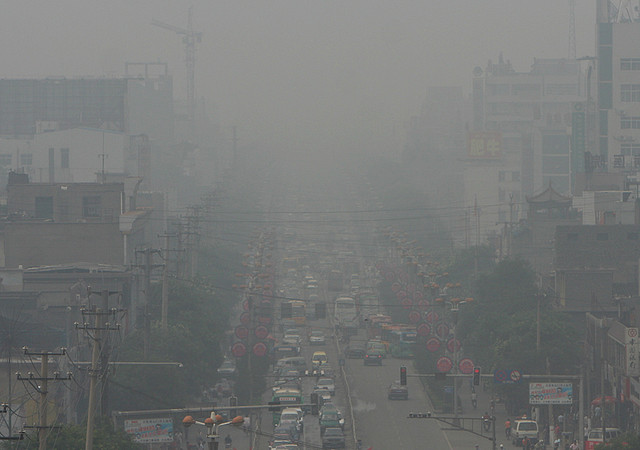 Global investment in climate change reduction has fallen for the second year in a row, a drop of $28 billion from 2012, and far below estimates of what is needed, according to research published yesterday (20 November).

An additional $1.1 trillion in low-carbon investments is needed every year between 2011 and 2050, in the energy sector alone, to stop global temperatures rising above two degrees Celsius, according to the International Energy Agency.

The Climate Policy Initiative report was published the same day the UK pledged $1.13bn to the UN’s Green Climate Fund, an initiative to help poor countries cope with climate change.

Developing countries spent $165 billion on climate finance in 2013, according to Global Landscape of Climate Finance, more than the $164 billion spent by developed countries.

Three quarters of total climate change investment was domestic. Investments from developed to developing countries fell by about $8 billion to $31 billion in 2013.

The vast majority of that figure was public money, with private sources of finance shying away from what are perceived as riskier investments. 90% of private investments were made in their own country.

Private climate change investments dropped by 14% in 2013, compared to 2012, but public finance spending remained steady, according to the report.

Public sources and intermediaries paid out $137 billion, largely unchanged from 2012.  Private investment hit $139 billion, a drop of $31 billion from 2012.  80% of that decrease was down to the falling cost of renewable technologies, and in particular solar.

Barbara Buchner, senior director of Climate Policy Initiative and lead author of the study, said, “Climate finance is a key ingredient to bring the world on a two degree Celsius pathway. Our analysis shows that global investment in a cleaner more resilient economy are decreasing and the gap between finance needed and actually delivered is growing,”

The Fund is a major part of a plan agreed in 2009, when rich countries agreed to mobilise $100 billion a year from both public and private sources from 2020, to help developing nations adapt to a changing global climate and reduce their own carbon emissions.

It has a $10 billion target, and is seen as vital to the chances of any international deal to tackle global warming in 2015.

A UN conference in Paris next year will try to secure a deal to limit a rise in average global temperatures to two degrees Celsius, above pre-industrial times.

The UK’s pledge takes it just beyond the $10 billion goal. Developing countries are hoping for $15 billion.

The US ($3 billion) and Japan ($1.5 billion) have committed more than the UK. The British contribution is more than the $1 billion pledged by France and Germany.

Australia refused to contribute to the Fund at last weekend’s G20 meeting.

Russia did not make a contribution either at a pledging conference held today in Berlin.

Read>> US climate negotiator: We’ll only know how Russia will behave when we walk into the room

Italy, Finland, New Zealand, Mongolia, and Panama pledged undisclosed amounts. The money will be taken into account in future versions of yesterday’s report.

“While climate change is developing faster than expected, the financial support for those who are the most affected still evolves at a snail’s pace,” Stefan Krug, head of the political unit of Greenpeace Germany, told Reuters.

At the G20, UK Prime Minister David Cameron said the pledge was not new money. Instead, it was already earmarked to fight climate change.