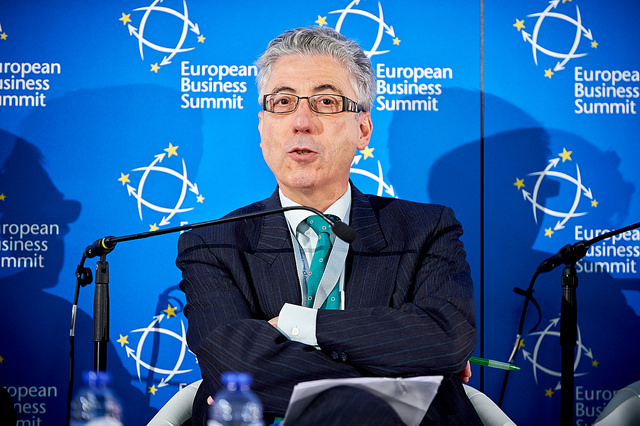 The European Commission’s ‘Brexit boss’ yesterday (12 January) effectively banned the press from a UK committee hearing into Britain’s upcoming referendum on its membership of the bloc.

The House of Lords EU Select Committee travelled to Brussels yesterday (12 January) to meet with Commission First-Vice President Frans Timmermans and, separately, with Jonathan Faull, the Director-General of the executive’s Brexit task force.

The British peers, members of the UK’s second parliamentary house, examine EU affairs as a scrutiny committee, and act as a policy watchdog. It can call witnesses to give evidence before drafting influential reports.

UK Prime Minister David Cameron is trying to get changes to Brussels’ rules on EU migrant benefits, the single market, an exemption from closer union with the EU and less red tape, as the price for campaigning to stay in the bloc.

Timmermans, 54, the chief of the executive’s drive to cut red tape, met the delegation, but was not giving formal evidence to the committee. Instead, it was a private meeting, hosted by Commission President Jean-Claude Juncker’s right-hand man.

Kent-born Faull, 61, former chief Commission spokesman and Director-General of Internal Market and Services, was giving formal evidence to the committee.

When sitting in Westminster, London, the select committee is open to the press and, by extension, the public. Its hearings are usually livestreamed on the internet.

Yesterday’s committee hearing was not open to the press, and it was not livestreamed. Instead, the hearing was recorded by a Hansard transcriber, and will be published on the committee’s website, most likely next week. Hansard is the official verbatim record of the UK parliament.

The House of Lords spokesmen’s service said that, outside of Westminster, it was reliant on the owners of the building to decide on press access.

But the European Commission said it was the House of Lords’ “standard operating procedure”, when outside of Westminster, to not hold public sessions.

“Jonathan Faull was appearing as a witness in this case. It was his decision not to deviate from the standard operating procedure by turning this into a public session,” EU sources said.

“The transcript will be posted online, so there is nothing secret here,” officials added. They confirmed there was no practical reason they knew of for the decision.

The House of Lords denied it was standard operating procedure to hold the hearings behind closed doors, saying it was up to the hosts to decide. It pointed to public sessions being held recently in Manchester, Wales, and Scotland.

A spokesman said, “While evidence sessions in Westminster are open to the public, broadcast and transcribed, access to Lords’ meetings away from Parliament is subject to the operating procedures of the location in question.”

“The committee meeting with Jonathan Faull is on the record and a full transcript will be taken and published as evidence given to the inquiry.”

The committee has called a string of MEPs for a separate hearing at the European Parliament today (13 January). Embarrassingly for the Commission, that hearing is open to accredited press.

The European Commission has been reluctant to comment on the prospects of a Brexit, since the referendum was guaranteed by Cameron’s election victory last May. The in/out poll, which must take place before the end of 2017, is expected to happen this year.