Conservatives will become the party of ‘out’ 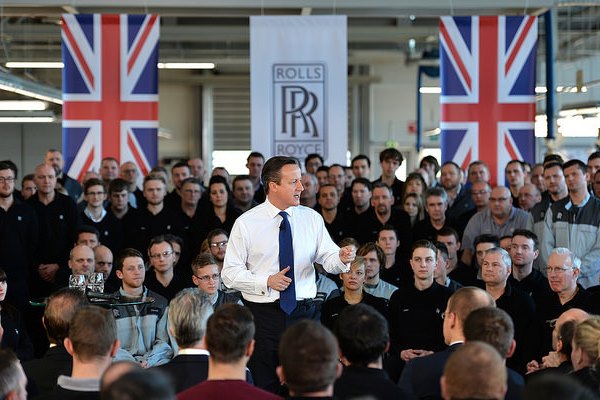 The Tories will become an overtly Eurosceptic party campaigning for the UK to leave the EU, according to panelists at the Alternatives to EU Membership conference, held in London last week (18 February).

Currently, only the UK Independence Party openly calls for the UK to leave the EU.

Prime Minister David Cameron has promised a referendum on EU membership should he be re-elected in May’s general election. He has publicly said he wants the UK to stay in a reformed EU.

There are a significant number of Conservative MPs who have said they will campaign for the UK to leave the EU.

Adrian Hilton from Oxford University said the Tories would “eventually become an out party”.

Sir William Cash, a Conservative MP and chairman of the commons EU scrutiny committee, didn’t rule out the possibility of that change happening under the current leadership. “It’s remarkable how far we’ve already come, if you consider the announcement of the referendum and the veto. Things are moving in that direction.”

The largest individual donor to the opposition Labour party, Sir John Mills, said he has heard half the shadow cabinet back calls for a referendum.

Labour has said it will only hold a referendum in the case of an additional transfer of powers from the UK to Brussels.

Mills said failure to back a referendum would cost Labour votes in the general election.

Should the centre-left Labour Party win Mays’ general election and not hold a referendum during their term it increased the likelihood of an openly Brexit campaign from the right in 2020, said Mills.

A potential British exit from the European Union came to the top of the political agenda in January 2013 when Prime Minister David Cameron said that Britain must use the upheaval created by the eurozone crisis to forge a new relationship with the European Union.

Cameron pledged he would offer Britons an in/out referendum on EU membership if he was re-elected in a 2015 general election.

The UK Prime Minister said he would campaign for the UK to stay in the EU, but only if was able to reform, saying “Britain’s national interest is best served in a flexible, adaptable and open European Union.”

Meanwhile, the opposition Labour Party has also considered an EU referendum but said it would only do so if there was a substantial further shift of powers from London to Brussels.

0 responses to “Conservatives will become the party of ‘out’”