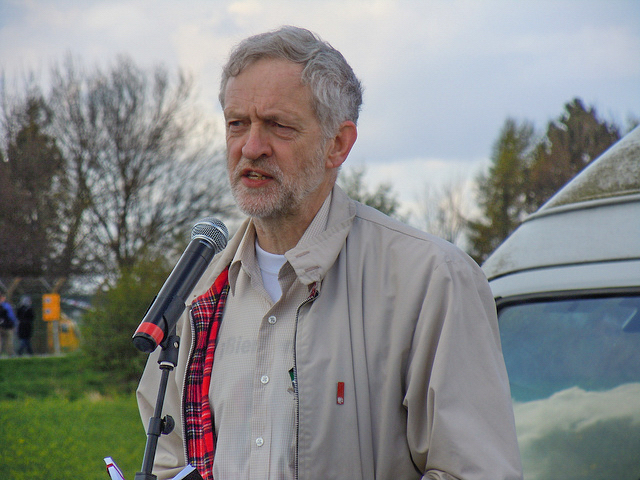 Britain’s newly elected opposition leader Jeremy Corbyn has said he cannot imagine his Labour Party campaigning to leave the European Union at an upcoming referendum, easing fears that he would force the party to adopt a Eurosceptic position.

Conservative Prime Minister David Cameron is seeking to renegotiate the terms of Britain’s membership of the 28-member bloc and plans to hold a referendum on whether to remain in or leave by the end of 2017.

Since Corbyn won an election to lead Labour on Saturday (12 September), his party has sent mixed messages on how it would campaign in the referendum, with senior figures adopting seemingly different positions.

Labour’s stance on the issue could be crucial on influencing whether Britons vote to remain inside the bloc.

Asked in a BBC interview whether he could imagine a situation where Labour was campaigning to leave the EU, Corbyn said: “No, I don’t see that position.”

“What I was opposed to, and I remain opposed to is the idea that David Cameron could go around Europe and give up workers’ rights, and give up environmental protection, give up a whole load of things that are very important,” he added.

Corbyn says he wants to see Europe pursuing a more social agenda rather than becoming a free-market haven.

The Labour chief said he did not want to give Cameron a “blank cheque” on negotiations, and was concerned that the prime minister could opt out of workers’ rights agreements and environmental protection.

If he opposed the changes won by Cameron, Corbyn said he would argue for remaining within Europe to change them, something he said “would be a manifesto position up to 2020”, when Britain is to hold its next general election.

David Cameron has promised to renegotiate the country's relationship with the EU and then call a referendum by 2017 on whether to stay or leave, a decision with far-reaching implications for trade, investment and Britain's place in the world.