Britain’s former prime minister David Cameron resigned his seat in the House of Commons yesterday (12 September), less than three months after losing an EU referendum in which he had campaigned to stay in the bloc.

Cameron stepped down as prime minister in June, hours after Britain’s dramatic vote to leave the European Union (EU), handing power to his successor Theresa May in July. 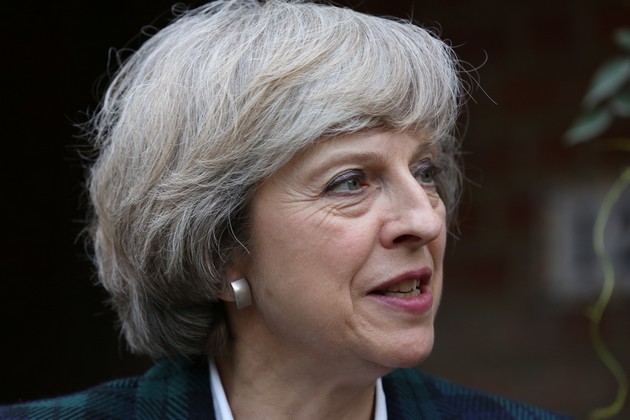 “The circumstances of my resignation as prime minister and the realities of modern politics make it very difficult to continue (in parliament)… without the risk of becoming a diversion,” Cameron said in a statement.

“I fully support Theresa May and have every confidence that Britain will thrive under her strong leadership,” the 49-year-old added.

The former premier was pilloried after the shock referendum defeat.

Critics accused him of recklessness in holding the vote in the first place and mismanaging the Remain campaign in the face of anti-EU populism.

His decision to stage the referendum was seen in Westminster as a bid to placate eurosceptic opponents in the centre-right Conservative Party.

His resignation from parliament is unusually quick – former prime ministers have typically retained their seats for a number of years after leaving office.

Cameron denied it was linked to May’s decision last week to let state-funded schools reintroduce selection by academic ability, a controversial move he opposed during his six years in office.

“This decision has got nothing to do with any one individual issue and that way the timing I promise is coincidental,” he told broadcaster ITV in an interview.

“Obviously I have my own views about certain issues. People know that. That’s really the point. As a former PM it’s very difficult to sit as a backbencher and not be an enormous diversion and distraction from what the government is doing,” he said.

May wished Cameron well for the future in a brief statement on Facebook.

“I was proud to serve in David Cameron’s government — and under his leadership we achieved great things,” the former interior minister wrote.

‘A life outside Westminster’

The suave Eton-educated Cameron has been MP for Witney in the rural county of Oxfordshire, northwest of London, since 2001.

At the time of his resignation as premier, he insisted he was “keen to continue” as a constituency MP and intended to seek re-election at the next general election, due in 2020.

He is not known to have taken on any other roles since stepping down. His media appearances since have been in pictures of him holidaying with his family.

“Obviously I’m going to have to start to build a life outside Westminster,” he told ITV.

“I’m only 49 and I hope I can still contribute in terms of public service and contribute to our country,” he said.

Cameron’s decision was welcomed by allies.

His former finance minister and right hand man George Osborne, who was excluded from the cabinet by May, called it a “sad day” on Twitter.

We came into Parliament together, had a great partnership + I will miss him alongside me on the green benches over the coming years. Sad day

“I know how difficult this decision has been for him,” Osborne said.

Former foreign secretary William Hague added it was the “right decision”, writing: “Former Prime Ministers are either accused of doing too little or being a distraction.”

Boris Johnson – the current foreign secretary who played an instrumental role in the Leave campaign – praised Cameron on Twitter.

Angela Eagle, a senior lawmaker in the main opposition Labour party, told the BBC that Cameron had “put his whole country at risk to settle a debate in his own party” through the EU referendum.

“He has now walked away leaving others to clear up the mess,” she added.

The pro-Brexit Daily Mail newspaper reported the resignation as “The Crushing of David Cameron” on its front page, saying his legacy was in ruins.

Despite Cameron’s denial he quit in response to May’s school reform, The Times said the former prime minister wants the freedom to speak out on the matter.

The Daily Telegraph, popular among Conservative voters, said Cameron quit “to avoid split with May”.

Cameron’s decision to resign triggers an obscure parliamentary procedure, because lawmakers are technically not able to resign.

He was named as Crown Steward and Bailiff of the Manor of Northstead and a by-election to pick his successor will be held.