The plan, which would allow local traders to operate under both UK and EU rules, would amount to a ‘buffer zone’.

In a statement on Friday (1 June), a spokesperson for Davis’s Exiting the EU department said that “we have set out two viable future customs arrangements with the EU and work is ongoing to refine these.”

“Both of these would deliver on our commitments to ensure UK-EU trade is as frictionless as possible, avoid a hard border between Northern Ireland and Ireland, preserve the integrity of the UK’s internal market and enable us to establish an independent international trade policy,” the spokesperson added.

Ministers are attempting to find a middle-way between Theresa May’s preferred ‘customs partnership’, under which the UK would collect the ‘common external tariff’ on behalf of the EU, and the option favoured by Brexiteers, known as ‘maximum facilitation’, which would use technology in order to avoid border checks.

At the European Business Summit in Brussels last Friday, Chancellor Philip Hammond told delegates that the UK would present fresh proposals to their EU counterparts, noting that
“the UK is working on two versions of customs partnership.” 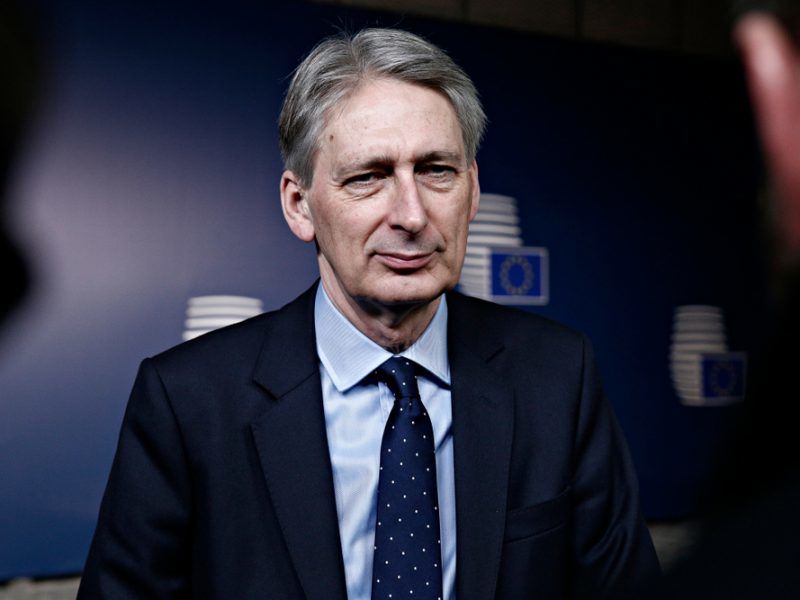 However, both options appear to have already been ruled out by the EU.

In an interview with Vice News this week, the European Commission’s chief negotiator Michel Barnier said that “neither of these proposals are operational or acceptable to us.”

The UK is hoping to make progress on the issue ahead of a European Council summit on June 28, but ministers are still deadlocked on the issue.

Failure to move forward on UK-EU customs relations after the end of a 21 month transition period that will follow the UK’s formal exit from the bloc in March 2019, could jeopardise the self-imposed September deadline for completing the draft exit agreement, a UK government source told EURACTIV.

In the meantime, Davis’s department is at the heart of a messy Whitehall power-struggle as a handful of UK ministers vie for control over policy-making on trade, diplomacy and EU relations.

On taking over the premiership from David Cameron, Prime Minister May removed responsibility for trade and EU policy from the Foreign Office’s remit, creating separate departments for International Trade and Exiting the EU.

However, that has created a series of overlaps between departments and officials. The Cabinet Office, which answers to May, has also taken control of much of the day-to-day management of Brexit negotiations.

DexEU officials have denied media reports that the department will be scrapped after the UK formally leaves the EU next year.

In a speech on Tuesday, Tom Tugendhat, who chairs the UK Parliament’s Foreign Affairs committee, called for the Foreign Office to be given ‘strategic oversight’ on trade policy and Brexit, adding that the ministry, which is headed up by leading Brexiteer Boris Johnson, had been “hobbled”.

“Crawford Falconer (the UK’s chief trade negotiator) thought he would be leading the negotiations on Brexit only to find that he is being sidelined by Olly Robbins (Theresa May’s EU advisor),” a Whitehall source told EURACTIV.