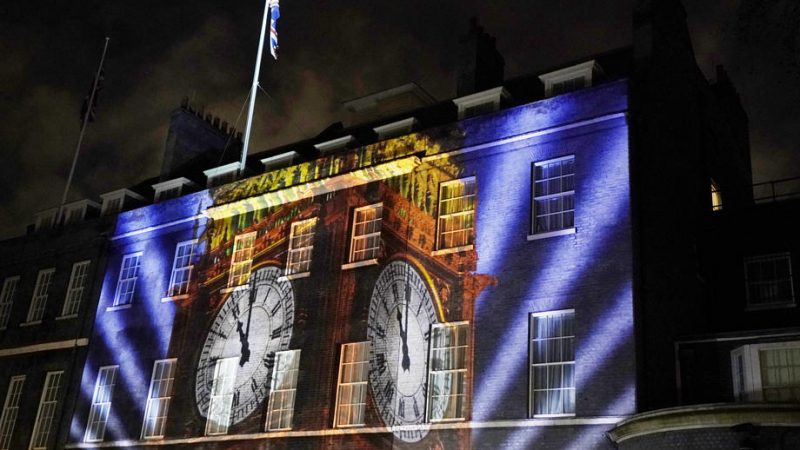 Three and a half years after Britons voted to leave the EU by a 52-48% margin, Brexit day brought an end to one of the most bitterly fought periods in the country’s history. The UK is the first member state to leave the EU.

In a video message, Prime Minister Boris Johnson, who fronted the successful Leave campaign in 2016, eschewed triumphalism, describing the UK’s EU exit as the “dawn of a new era” and vowing to “bring the country together”.

He also acknowledged that “there are many who feel a sense of anxiety and loss”.

While Johnson did not use the phrase ‘Brexit’, which is no longer used by government ministers, he said that leaving the EU would mark a moment of “national renewal,” and would see the UK become, “a great European power, and truly global in our range and ambitions.”

Minutes later, in a move which underlined the finality of Brexit, Johnson confirmed that, with the UK formally out of the bloc, the Department for Exiting the EU had been scrapped.

The Brexit process now shifts to future trade and political relations. Negotiating mandates for an EU-UK trade pact are set to be unveiled in the coming weeks ahead of formal talks beginning in early March. The two sides have a tight window to conclude a new deal before the eleven month transition period concludes at the end of 2020.

With the exception of a couple of men playing ‘Ode to Joy’ across the road from Downing Street, this was not a night to be a Remain supporter.

The colours of the Union Jack were displayed on Downing Street and government buildings and, although Big Ben did not bong at 11pm as Brexiteers had demanded, noisy triumphalism could be found among the crowds at Parliament Square who had come to see Brexit party leader, and now retired MEP, Nigel Farage, who led the campaign for the UK to leave the EU for over a decade when Euroscepticism was a minority pursuit.

After taking the stage to the hard rock anthem ‘Final Countdown’, Farage told supporters that “we are going to celebrate tonight because we know this is the single most important moment of the modern history of our great nation”.

“The people have beaten the establishment. The real winner tonight is democracy,” he added. 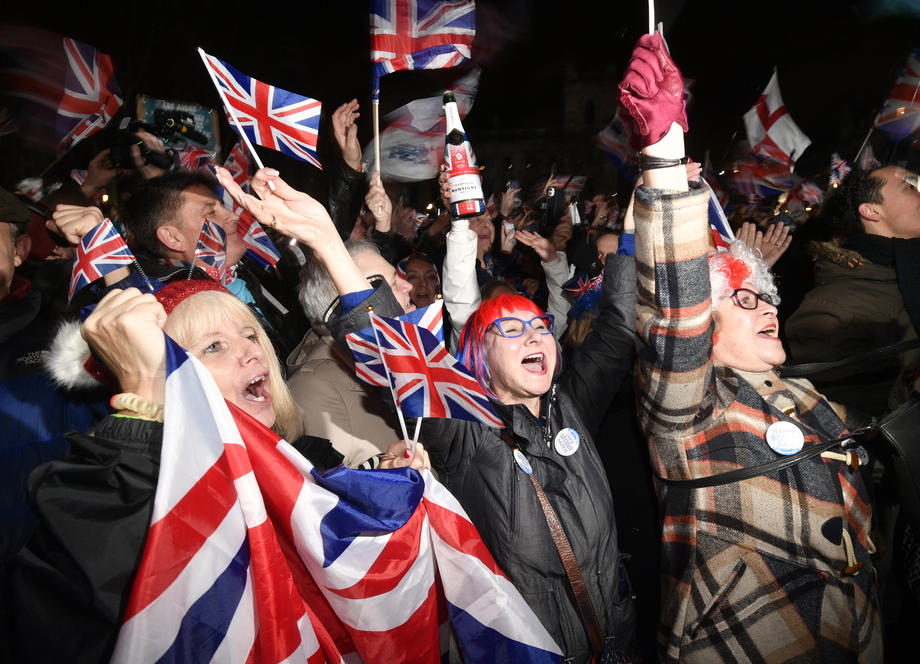 Meanwhile, the US ambassador to the UK, Woody Johnson, talked up the prospect of a free trade pact between London and Washington DC, adding that Brexit had been “long supported” by President Trump.

But that celebratory message was not shared by French President Emmanuel Macron or other EU leaders.

Macron described Brexit as an “historical alarm signal”, and again criticised the Leave campaign for “lies, exaggerations and cheques that were promised but will never come”.

Irish Taioseach Leo Varadkar described the moment as “bittersweet” while Dutch Prime Minister Mark Rutte told reporters that there was nothing to celebrate when asked if he had called Johnson to offer congratulations.

Meanwhile, European Commission President Ursula von der Leyen warned that “we want to have the best possible relationship with the United Kingdom, but it will never be as good as membership.”

“Our experience has taught us that strength does not lie in splendid isolation, but in our unique union,” von der Leyen added.

6 responses to “‘Dawn of a new era’, says Johnson as UK exits EU”