Dis-United Kingdom sails into the unknown 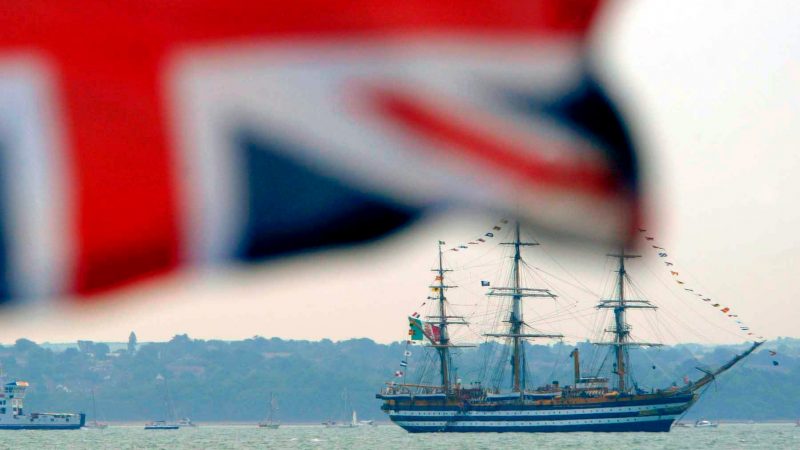 File photo. A tall ship waits for Her Majesty Queen Elizabeth's ship to sail past as naval ships from around the world take their positions in the Solent, Portsmouth, England, Tuesday 28 June 2005. [Stephen Pond/EPA/EFE]

The United Kingdom leaves the European Union on Friday (31 January) for an uncertain Brexit future, its most significant geopolitical move since the loss of empire and a blow to 70 years of efforts to forge European unity from the ruins of two world wars.

The country will slip away an hour before midnight from the club it joined in 1973, moving into the no man’s land of a transition period that preserves membership in all but name until the end of this year.

At a stroke, the EU will be deprived of 15% of its economy, its biggest military spender and the world’s international financial capital of London. The divorce will shape the fate of the United Kingdom — and determine its wealth — for generations to come.

“This is the moment when the dawn breaks and the curtain goes up on a new act,” Prime Minister Boris Johnson will say in a television address, though he has given few clues about his post-Brexit plans beyond inspirational words.

Beyond the symbolism of turning its back on 47 years of membership, little will actually change until the end of 2020, by which time Johnson has promised to strike a broad free trade agreement with the EU, the world’s biggest trading bloc.

For proponents, Brexit is a dream “independence day” for a United Kingdom escaping what they cast as a doomed German-dominated project that is failing its 500 million population.

The June 2016 Brexit referendum showed a nation divided about more than Europe and triggered soul-searching about everything from secession and immigration to capitalism, empire and modern Britishness.

Such was the severity of the meltdown over Brexit that allies and investors were left astonished by a country that was for decades touted as a confident pillar of Western economic and political stability.

At home, Brexit has tested the bonds that bind together the United Kingdom: England and Wales voted to leave the bloc but Scotland and Northern Ireland voted to stay.

So on “Brexit Day”, some will celebrate and some will weep — but many Britons will do neither.

Johnson will chair a cabinet meeting in Sunderland, the first city to declare support for leaving the EU in the June 2016 referendum. Brexiteers will celebrate on Parliament Square while some opponents of Brexit are also due to gather.

A Union Jack in the building of the European Council in Brussels will be lowered at 7 p.m. time (1800 GMT) on Friday, and put away with the flags of non-EU countries.

The European Parliament plans to place one of its British flags in the House of European History, a nearby museum of the continent’s history since the French Revolution of 1789.

After the repeated failure of “Remainers” to unite, organise or win elections, the main hope of europhiles is that the economic impact of leaving will convince a new generation to plot a way back into the fold.

With sorrow, some support for Brexit and even hope of a return, Europeans from across the EU’s 27 remaining members bade farewell.

4 responses to “Dis-United Kingdom sails into the unknown”