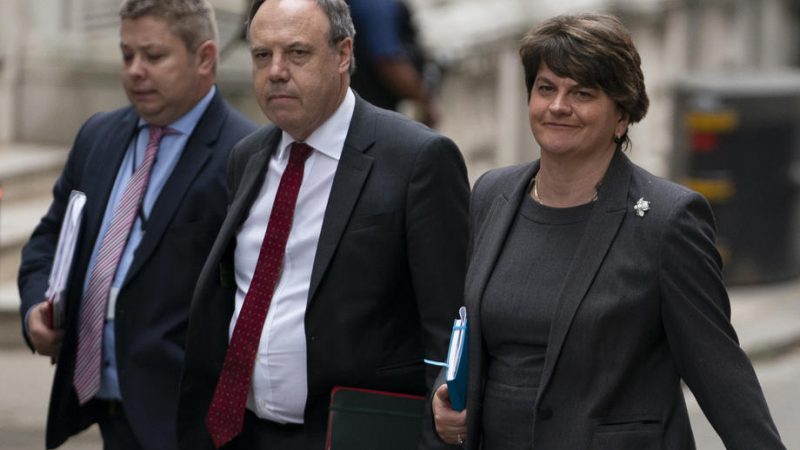 Northern Ireland’s Democratic Unionist Party announced on Thursday (17 October) it cannot support Boris Johnson’s Brexit plan due to concerns over ‘customs’ and ‘VAT’ issues, in a major blow to the British prime minister just hours before he is due to appear in Brussels for last-ditch talks on a Brexit agreement.

“As things stand, we could not support what is being suggested on customs and consent issues, and there is a lack of clarity” on Value Added Tax, the DUP, which supports Johnson’s government, said in a statement.

“We will continue to work with the government to try and get a sensible deal that works for Northern Ireland and protects the economic and constitutional integrity of the United Kingdom.”

Meanwhile, the pound fell by 0.5% against the dollar and the euro within minutes of the statement by the DUP just before 8 am Brussels time.

Meanwhile, in Brussels, a draft text of the Brexit agreement is ready, two Commission sources informed EURACTIV. However, due to the inability of the DUP to get behind the plans, the UK government now faces the prospect of appearing before leaders this afternoon without the support back home.

Elsewhere in Europe, France’s President Emmanuel Macron said on Wednesday that he believes the Brexit negotiations are in their final stages and that he has faith a deal can be reached this week.

However, Irish Prime Minister Leo Varadkar has said that if a deal cannot be completed at this week’s European Council summit, EU leaders may have to convene again before the end of the month to continue Brexit talks before the 31 October deadline.