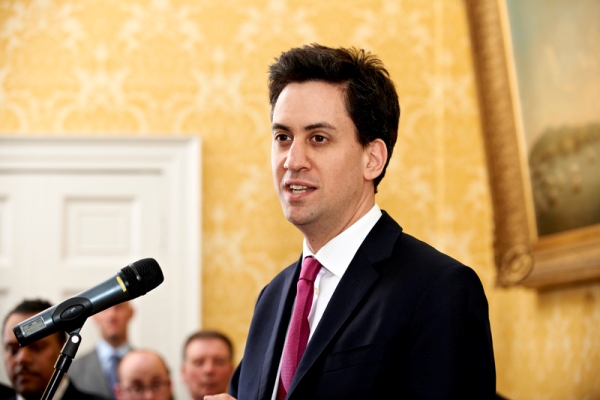 Speaking at the EEF National Manufacturing Conference in London, Miliband said yesterday (26 February) that “There is no greater threat to the long-term stability and prosperity of Britain and British business than leaving the European Union.”

Leaving the European Union is not in Britain’s national interest, the UK opposition leader added.

Taking aim at the Conservatives, Miliband said it was, “wrong to play fast and loose with our membership of the European Union.”

Martin Temple, the EEF’s Chairman, warned against letting Britain “sleepwalk out of Europe.” Adding that while the EU is beginning to reform, demanding unrealistic changes backed by a referendum would be counterproductive.

The Conservative party maintain that the EU has changed significantly since Britain joined in 1973, but the UK’s relationship with the Union has not. The Tories want to renegotiate the terms of membership before holding an In/Out referendum by the end of 2017.

Labour have said they will only hold a referendum in the event of an additional transfer of powers from London to Brussels.

Meanwhile, George Osborne has come under fire for exaggerating claims he halved a £1.7 billion surcharge demanded from Brussels last year.

The figure did indeed drop to £850 million, but this was a result of Britain’s rebate rather than Osborne negotiations, said the Treasury select committee.

The Chairman of the select committee, Andrew Tyrie said, “The government got a good deal for the UK by securing an interest-free delay to the EU bill. But by overstating its success on the rebate, it distracted attention from this achievement.”

Labour’s Chris Leslie, said Osborne had been caught out using “smoke and mirrors”.

The Treasury said: “The deal the chancellor secured on the surcharge was not a technical clarification. It was a hard-fought negotiation that halved the payment and delivered a real result for Britain.”