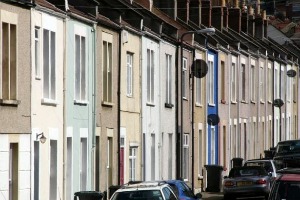 Squads of insulators and energy efficiency experts are to be sent house to house around the UK, in the latest stage of the government's bid to plug the gaps in Britain's leaky homes and curb rising bills.

Sending installers out to properties street by street is thought to be the most effective way to get people to sign up for improvements that will save energy and carbon emissions as part of the green deal, the coalition's flagship home energy efficiency package which aims to transform millions of houses.

Greg Barker, the Conservative climate change minister, told the Guardian in an interview: "I think this could be the biggest single way of getting [green deal] sign-up – going street by street."

Currently the green deal requires homeowners to come forward themselves and sign loan agreements to cover the upfront cost of the measures, which are then paid back through additions to their energy bills. Take-up of the green deal has been slow to date, with only four households in the country having finalised green deal plans by mid-June, when the first figures were collated. Nearly 40,000 assessments had been carried out by the same date, and at least 240 households were in the process of finalising loans.

The government is pledging £20m for a new scheme that will allow local councils to send assessors and installers through their areas, working street by street. This appeals to companies because it is much cheaper to install major projects such as solid wall insulation across several neighbouring properties at once, rather than singly.

Within the areas chosen, some more affluent people will have to take out a green deal loan or pay for the improvements themselves upfront. Others, on lower incomes or with harder to treat properties, will benefit from subsidies.

If people are approached street by street, the onus of seeking out green deal offers is removed from consumers, and householders will have to opt out of signing up for improvements, rather than opting in as at present. The Committee on Climate Change, the statutory body set up to advise ministers on meeting carbon targets, has said street by street schemes are likely to have better results.

Ministers expect 20,000 homes to be treated by the end of 2014, under this new extension of the green deal scheme. Councils are expected to encourage households to take up the offer by retrofitting "show homes" whereby people can see what the efficiency measures might mean for them.

Barker said small to medium-sized businesses were likely to be particularly interested in the street-by-street effort, as they could form partnerships with local authorities to deliver the improvements. "I've been underwhelmed to date by the big six [energy suppliers] but overwhelmed by the response from SMEs," he said.

He said that the effect of "neighbourhood warmth" – people seeing their neighbours benefit from improvements that are aesthetically attractive as well as saving money – would spur others to take part. "The big idea is making this aspirational – this is something people should want," he said.

Once the initial pot of £20m is exhausted, councils will be invited to continue with the roll-out throughout their local areas by applying for money under the Energy Company Obligation, which requires energy suppliers to contribute to a fund for efficiency measures for lower income groups, and by publicising the benefits of the green deal.

Critics have said the prospect of taking out a loan is putting some people off the green deal, and that the interest rates of about 8% likely to be available to most people may be too high to encourage broad take-up. But administrative issues have also played a part – by June, only one of the big six, British Gas, had a fully functioning green deal offering. The others have been delayed by IT issues and the complexities of drawing up legal financing agreements.

Barker said many people were having green deal assessments then opting to pay for the improvements out of their own pocket, without taking a loan. But the number of people doing this is unknown, as only the data on people taking out loans is collected.

Councils will have to opt in to receive their share of the £20m "booster" funding for street-by-street schemes, with a minimum bid for £1m of the pot of cash, and the first applications are expected in September, with the first homes likely to be treated in the autumn.

The funding is part of a pot of £200m pledged by the Treasury to help with the take-up of the green deal. A substantial amount of the same pot – about £40m – is to be spent on cashbacks, under which homeowners taking out an improvement loan are rewarded with hundreds of pounds in rebate. About 3,500 households have benefitted from cashbacks so far, the majority of them for new boilers. Under a separate system, ECO, for lower income households, which avoids the need for loans, about 115 installations have taken place to date.

The UK is likely to integrate the Green Deal into its implementation of the EU's Energy Efficiency Directive, which aims to contribute to Europe’s goal of cutting primary energy use by 20% by 2020, although the target is not legally binding.

The directive’s measures include an obligation on energy companies to achieve 1.5% energy savings per year on their customer's bills. It also asks member states to develop long-term strategies for energy-efficient building refurbishments, and obliges central government to renovate 3% of its public buildings a year, although not those owned by regional or local authorities.