North-East England's livestock farmers are heavily dependent on EU funds but have faith that the British government will look after them after Brexit. [Steenbergs/Flickr]

We last met Willie Weatherson one year ago, propping up the zinc bar of a pub in the middle of the rocky hills of North-East England, far from the big business farms of Kent. We met up again in another pub two miles away. The beer and the deco was the same, but the atmosphere was rather different.

This is the aftermath of Brexit. “Things are getting serious,” 60-year-old Weatherson said, with a grin.

The farmer of 200 sheep and 60 cows voted to remain in the European Union in June 2016. One month before the vote he cursed the “Brussels bureaucrats who want to make all our decisions for us”.

But the thought of living without their subsidies stayed his hand in the voting booth. “I thought Brexit would be a disaster. I was just badly informed,” he said. “If we were to vote again today, I would choose to leave the EU. I know now that it is possible…” 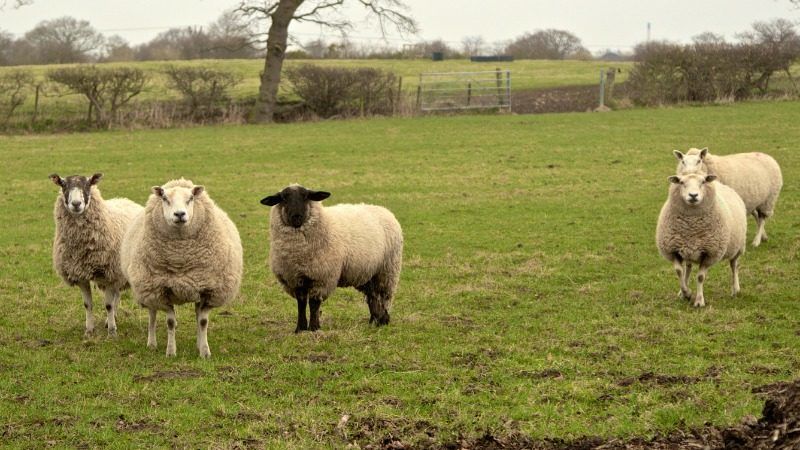 He was reassured by Theresa May’s promise to cover the European funds received by farmers: €4 billion per year until 2020. But after that? “She will not have the time to create a system equivalent to the CAP by that time. She will just have to keep helping us.”

“It’s like I always told you,” chipped in his neighbour Angus Murray. Like his two sons, also farmers, Murray voted to leave the EU. Their family farm (1,000 sheep and 100 cows) depends on European funds for 30% of its income.

But this does not seem to worry the veteran farmer, who believes nothing will stop May’s Conservatives from winning the election on 8 June. “The government will then be in a strong position to negotiate with Brussels and to sign new trade agreements.”

72% of Britain’s agricultural produce is sold in the European Union, and 40% of food sold in the UK comes from the EU.

“No stress,” said Brexit enthusiast Murray. “You will keep eating our sheep and we will keep drinking your wine.”

His analysis of the situation seems to brush aside the fact that agriculture represents just 0.7% of the British economy, while the City of London’s financial powerhouse is worth some 10%.

“This country has always known how to do trade. We will manage,” said Stuart Furlong, a local 55-year-old farmer with 150 sheep, 100 cows and a few horses. His caregiver wife voted against Brexit. “She’s got the jitters,” Furlong said. But not his 23-year-old daughter, also a farmer. “She’s full of confidence.”

But even Furlong himself thought twice before voting out. “I was fed up with seeing Brussels slapping the same taxes on producers of oil in Greece, beef in France and flowers in the Netherlands. Fed up of paying out for other people’s crises.”

The fall of the pound over the last year has offered some reassurance. “The meat I export brings in more money than it did before,” he added. Furlong has since opened a shooting range on one of his fields to diversify his business and cut his dependency on European funds to 15%.

This is a far cry from the 65% of Bill Salmon, a few miles away. His 250 sheep and 60 cows have not been profitable in years. “Withoutmy wife’s nursing salary we wouldn’t survive,” he said. 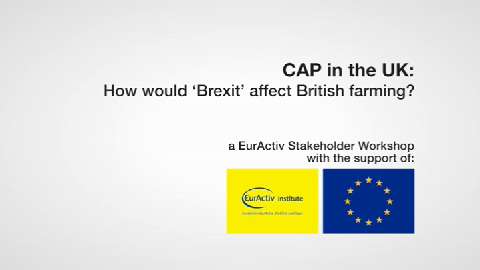 CAP in the UK: How would 'Brexit' affect British farming?

The EU’s Common Agricultural Policy (CAP) was most recently reformed in 2013, including incentives for farmers to invest in ‘green’ practices, innovation and support for young farmers. A European Commission review in 2016 will aim to simplify these reforms.

For Salmon, “Brexit is a big mistake. Nobody will care if I have to shut down but who will look after the land? The guardians of the countryside around here are the sheep. Europe subsidises us mainly to look after this unfertile land.”

Out in the fields on the Moralee family farm, with their 500 sheep and 90 cows, the work never stops. “We don’t have much time for chit-chat,” said 20-year-old Jack Moralee, leading his flock out. Like his father, John, he voted to leave the EU.

“If we got rid of all these bloody health and environmental regulations we would be able to get back on our feet,” said John. “I’m not saying we would be less strict, we would just do things our own way,” he added, hastily.

“It will take time but we will get there,” he said. But will Britain’s farmers be better off outside the European Union? “If I had wanted to get rich I would never have taken over my father’s farm,” Moralee senior said, climbing into a battered old car. “I have never dreamed of driving a Range Rover.”

One response to “England’s farmers want to believe in Brexit”