EU and UK must compromise over protocol, businesses tell US lawmakers 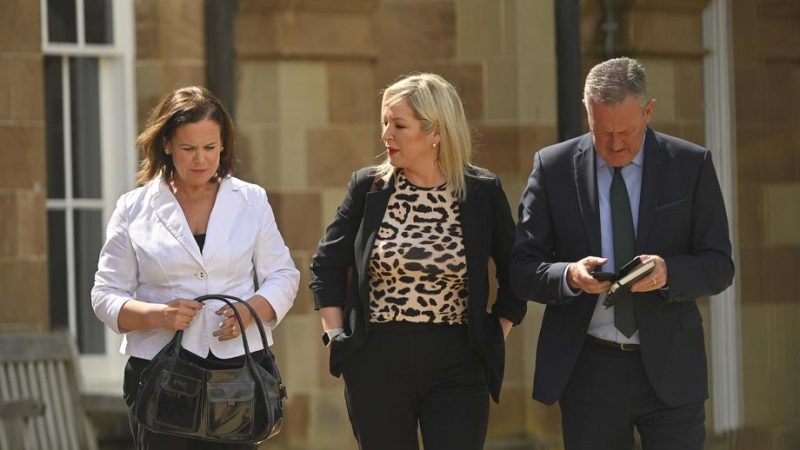 Both the EU and the UK will have to make further compromises in order to resolve the longrunning disagreement over the functioning of the Northern Ireland protocol, business leaders in Northern Ireland told US lawmakers on Friday. [EPA-EFE/MARK MARLOW]

Both the EU and the UK will have to make further compromises in order to resolve the long-running disagreement over the functioning of the Northern Ireland protocol, business leaders in Northern Ireland told US lawmakers on Friday (27 May).

“We basically told them that the UK and the EU both have to move on this. It is a negotiation,” Seamus Leheny, policy manager at Logistics UK, told reporters after a meeting with the delegation from Washington led by Democratic Congressman Richard Neal. “Full implementation of the protocol isn’t practical, it won’t work.”

“It was made clear to them some areas where the protocol is good, where it is beneficial. For our manufacturers and exporters, things are very good. But for the retail goods coming into Northern Ireland, that is where the difficulties lie,” Leheny concluded.

Earlier this week, Neal remarked that “the protocol dispute seems to me to be a manufactured issue”, adding that he believed that the trade-related problems of the protocol “could be ironed out quickly”.

He also urged the UK government, which last week announced plans to table domestic legislation giving it the ability to override parts of the protocol, “to help us all find a solution”. The announcement by Boris Johnson’s government was met with dismay in Brussels.

Those remarks prompted an angry response from unionist leaders in Northern Ireland. Sir Jeffrey Donaldson, the leader of the Democratic Unionist Party (DUP), described Neal’s fact-finding mission as the “most undiplomatic visit” he had ever seen to Northern Ireland.

Next Monday, Northern Ireland’s Assembly will meet for the first time since elections earlier this month. However, the DUP, which finished second behind Sinn Fein – staunch supporters of a united Ireland – insists that it will not allow the election of a new speaker in the Assembly, or the formation of a new government until its concerns over the protocol are met.

While the moderate Ulster Unionist party has indicated that its deputies will attend Stormont on Monday, the DUP has not.

The protocol was designed to avoid a hard border on the island of Ireland but has meant the introduction of customs checks on goods travelling from Great Britain to Northern Ireland, a situation which angers the Unionist community and has caused problems for businesses in Northern Ireland.

However, the majority of the business community does not want to see the protocol scrapped, as the DUP demands, but instead made to work.

This week, Tony Danker, the director-general of the Confederation of British Industry, the UK’s biggest business association, said that the protocol could be beneficial to Northern Ireland’s businesses.

“If you’re a manufacturer you have access to dual markets. That is a very big deal in the context of the overall Brexit fallout,” he said.