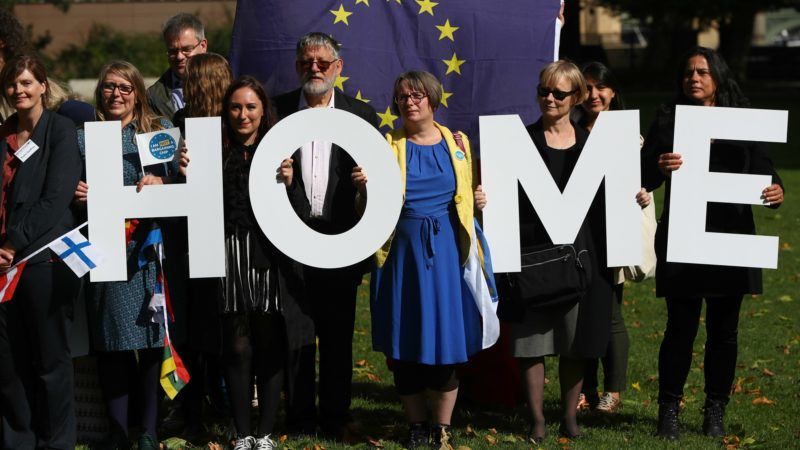 Hundreds of EU nationals living in Britain were joined for the first time on Wednesday (13 September) by British citizens living in the EU for a day of protest in London to demand that MPs protect their rights after Brexit.

Nicolas Hatton, co-founder of the3Million lobby group, told AFP that the rights of citizens should be “ring-fenced from the rest of the negotiations”.

Hatton, a Frenchman who settled in Britain 22 years ago, said the campaign was aimed at “basically keeping the same rights as we have now”.

As part of the protest, EU citizens living in Britain contacted their local MPs and arranged to meet them in parliament on the same day in a “mass lobbying”.

The post-Brexit fate of around three million European citizens living in Britain and over one million UK nationals living in the EU is one of the most contentious issues in the negotiations on Britain’s withdrawal from the 28-member bloc.

Britain’s proposal to offer permanent rights over healthcare, education, welfare and pensions to Europeans who arrive before a cut-off date was branded “pathetic” by the3million group when it was unveiled in June.

A leaked official document posted on the Guardian’s website last week proposed a new system for EU citizens arriving after Brexit, with those wishing to stay long-term needing to apply for a two-year residence permit.

“The aim of today is really to raise the profile of our issues, especially for UK citizens living in the EU,” Jane Golding, chair of the British In Europe lobby group, told AFP.

“Understandably, EU citizens in the UK are much more present and people are more aware of their situation then ours,” the Germany-based British lawyer added.

“I think there seems to be a misconception that we’ll all be OK and our right will simply be confirmed”.

Negotiating teams for Britain and the EU are due to reconvene in Brussels at the end of the month for a fourth round of talks after Britain started a two-year countdown to Brexit in March.