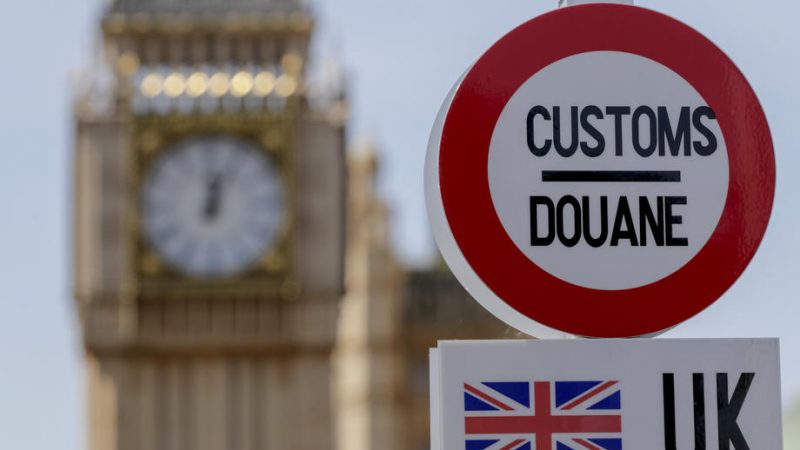 The number of EU nationals living in the UK dropped by 200,000 in the year that the UK left the bloc, according to data published on Friday (17 September) by the UK’s Office of National Statistics. EPA-EFE/OLIVIER HOSLET

ONS data from the Annual Population Survey for 2020 show that the population of EU nationals in the UK fell from 3.7 million to 3.5 million out of the total population of 67 million.

However, the figures have prompted some confusion because the 3.5 million number is a lot smaller than the 6 million applications which the UK Home Office reports have been made by EU nationals to stay in the UK under the EU Settlement Scheme.

Earlier this week, data showed that the number of EU nationals employed in the UK was 8.7% lower in June than before the start of the COVID pandemic.

Both the pandemic and Brexit are believed to have been the main causes of the drop. The indications from the service and transport sectors, where businesses are reporting a chronic shortage of workers, are that EU nationals have continued to leave the UK in 2021. Free movement formally ended when the UK left the EU’s single market in January.

“It’s too early to say whether these are temporary departures due to the pandemic and Brexit or the continuation of a trend which may have been emerging anyway,” the ONS said in a statement. “As we gather more data, the picture will become much clearer.”

While the Home Office insists that the Settlement Scheme is generous and offer EU nationals identical rights as UK nationals, the so called ‘hostile environment’ and the bitterness of the UK’s exit from the EU appear to have contributed to a growing exodus of EU nationals.

A survey of 3,000 EU nationals in the UK by the Independent Monitoring Authority for the Citizens’ Rights Agreements (IMA), the quango set up under the Withdrawal Agreement, found that one in three have no confidence that the government will respect their citizenship rights, and that one in 10 were already making plans to leave the UK.

EU nationals now wishing to move to the UK face much tougher entry requirements, including a job offer and a high income threshold.