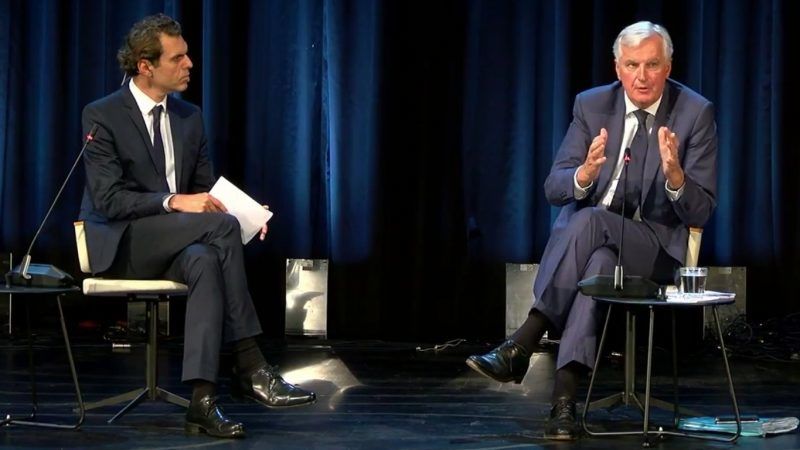 With the Irish border issue still the main stumbling block, EU ministers meeting in Brussels on 18 September will discuss holding the extraordinary summit because they no longer expect to clinch a deal at a regular gathering scheduled for 18-19 October.

Earlier, the EU’s Brexit negotiator Michel Barnier told a forum in Slovenia he believed a divorce deal with Britain could be agreed in six to eight weeks if negotiators are realistic in their demands.

The Bled Strategic Forum starts with the President of Slovenia, and the man running the EU's side of the Brexit negotiations#Slovenia #Brexit #BledStrategicForum #Balkans https://t.co/uooBmPBvnB

Some diplomats said 13 November was one date under consideration for the extraordinary summit, though others said it was still a moving target.

Some EU officials say a deal with Britain in December, or even as late as January, could leave just about enough time for the British and the European parliaments to ratify the agreement.

No sign of EUCo dropping Irish backstop or going over Barnier's head – no deal beckons https://t.co/2L3e2Qt6vc via @FT

The least likely scenario, but one that some EU diplomats have also considered, is that Britain would ask to prolong the talks beyond the current exit date of 29 March 2019.

Such an extension would be domestically very complicated for British Prime Minister Theresa May, who is under heavy pressure from sections of her Conservative Party to honour that leaving date. The other 27 EU member states would also have to agree unanimously to any extension of the negotiations.

EU sources say that would only be possible if the negotiators were really very close to sealing a deal and ran out of time for purely technical reasons, rather than because of political wrangling.

In any case, they say an extension would only be possible for a few weeks as the current EU parliament – which must sign off on any Brexit deal – holds its last plenary session on 15-18 April 2019.

The EU will hold elections in May to pick a new assembly and the consensus in Brussels is that Britain must be out by then.