EU leaders put on a brave face on Friday (13 December) and congratulated Boris Johson on his resounding victory in the UK elections, which means he will take the country out of the EU next month, after three years of Brexit frustrations.

While many who attended an EU summit in Brussels sought to mix congratulatory words with caution, warning that negotiating a new trade deal with London will be even more complex, it was the Czech Prime Minister Andrej Babiš who summed up the dominant mood:

“He [Johnson] won and now they will leave, unfortunately. That is bad news for Europe,” Babiš said.

With almost all results counted for the 650-seat UK parliament, Johnson’s Conservative party has secured a parliamentary majority of around 70 sets, so he can move quickly to deliver on his promise to “Get Brexit Done”.

“Boris won the elections by telling to everybody that he wants to deliver, now it is time for delivery,” said Luxembourg’s Prime Minister Xavier Bettel. 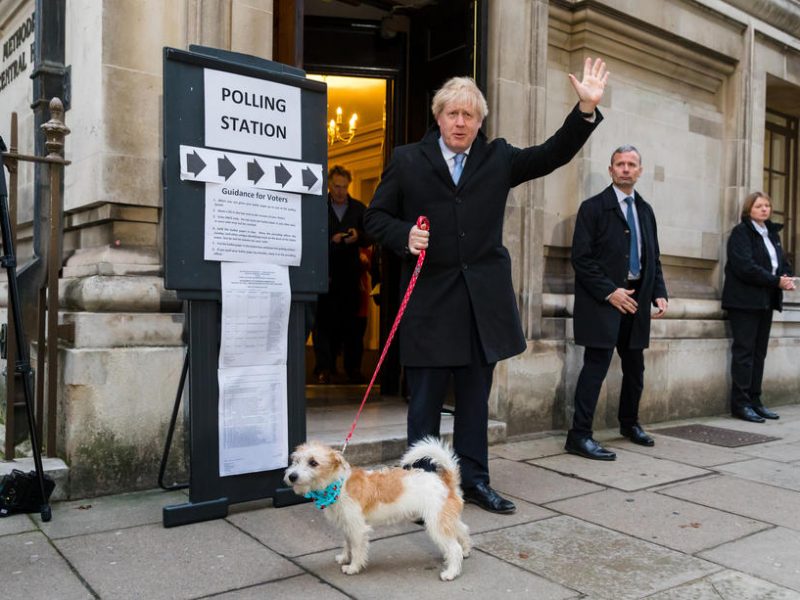 EU leaders were set to charge EU negotiator Michel Barnier on Friday with negotiating a future trade deal with Britain. They were also set to discuss the future relationship with the UK.

“We expect a vote on the withdrawal agreement as soon as possible. The EU is ready for the next phase. We will negotiate a future trade deal which ensures a true level playing field,” said the European Council President Charles Michel.

“This way, nobody feels like it’s an unfair competition that anyone’s trying to undercut them when it comes to labour rights when it comes to environmental protection and issues like that,” Varadkar said.

Manfred Weber, leader of the EPP group in the European Parliament, was among the few who did not mince their words.

“Looking forward, we need the UK as a strong partner, but being outside the EU means losing benefits. We share the ambition to move quickly, but let’s be clear: a future trade deal will be even more complex than the Withdrawal Agreement. Let the real work begin,” he tweeted.

“I cannot hide my sadness and disappointment in the result. I continue to believe that the UK’s place is within the Union,” said S&D president Iratxe García, and added:

“After three and a half years of uncertainty, we need to move ahead. It is our responsibility to protect both the peace process on the island of Ireland and the integrity of the EU internal market.”

Although fears that the EU might see other members following the UK’s lead have largely subsided, Dutch politician Geert Wilders, leader of the nationalist, Eurosceptic PVV party, was quick to declare his ambitions:

On Thursday night, leaders were still seeking an agreement on climate neutrality at midnight when exit polls announced Johnson’s victory. The results were streamed in the Council press bar, where dozens of journalist were waiting for the outcome of the summit.

An EU diplomat explained that during Friday’s meeting leaders would discuss either how to proceed if there was a hung Parliament, or how to move forward into negotiating the future relationship if the Tories won a sufficient majority.

In the end, it will be the latter. “We are ready,” Council President Charles Michel said.