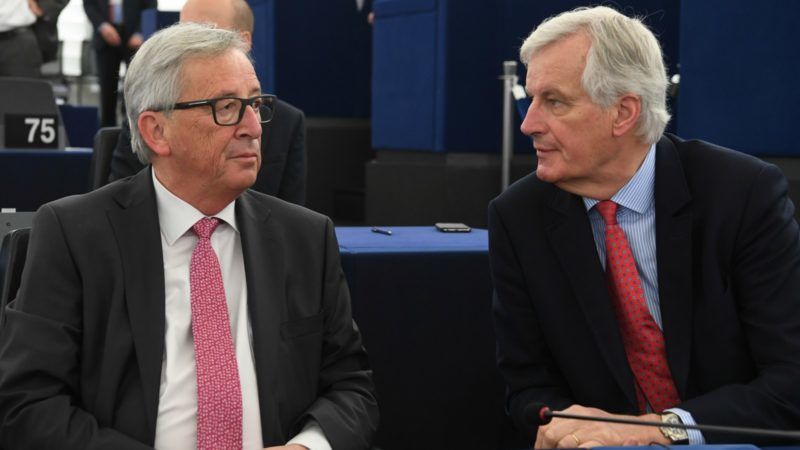 In the latest sign of the bloc cranking up pressure on Prime Minister Theresa May to guarantee full rights after Britain’s departure for the 3 million EU nationals living there, new draft guidelines include wording that diplomats said aims to head off any British move to cut immigrant numbers by forcing people out.

The nine-page document, seen by Reuters on Tuesday and which officials do not expect to be significantly changed before May’s 27 EU peers sign off on it over lunch in Brussels on Saturday, was also revised on Monday to make clear there is no guarantee that a future EU-UK free trade deal will give Britain’s big financial services industry access to the bloc. 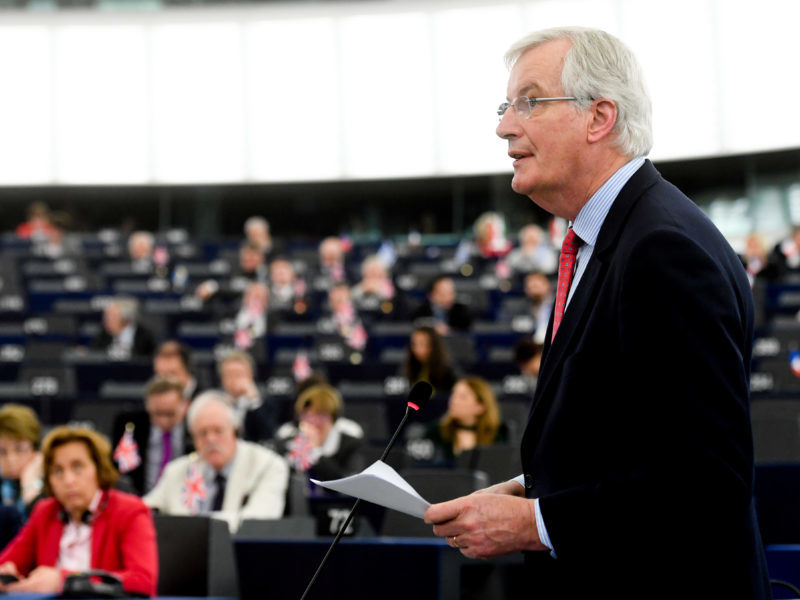 Leaders will also demand that Britain cover its share of new payouts from the EU budget for two years after it has left.

The guidelines were first drafted by EU summit chair Donald Tusk in response to May’s formal launch of the two-year negotiating period before Britain leaves the EU – deal or no deal – at midnight at the end of Friday, 29 March, 2019.

The final draft tightens wording on Brussels’ promise to ensure European expats who have made their home in Britain do not lose out. It makes clear that even those not there yet but who arrive to live in Britain even on the day before Brexit must retain the same EU rights as those already in the country.

Diplomats said some states, like Poland which has more than 800,000 nationals in Britain, feared May would argue guarantees only apply to those resident before she triggered withdrawal last month – or even before last June’s Brexit referendum.

And the final draft also spells out that any EU national living in Britain on Brexit Day should have a right to claim permanent residency after “five years” there. Other EU documents show Brussels wants Britain to guarantee those people can also bring in relatives for the rest of their lives and, even after Brexit, make new claims to benefits such as social housing.

The leaders’ guidelines will bind the EU executive’s Brexit negotiator Michel Barnier, who will next week offer more detail on his plans, before full talks begin after a British election set for June 8. Barnier’s priorities are protecting expats, securing payment from London for outstanding bills to the EU and, only later, talking about a future trade deal.

In response to calls from France and others, the final draft also underlines that a trade agreement, if it includes financial services at all, will insist British banks, insurers and others submit to EU regulation and oversight, diplomats said.

“Any future framework should safeguard financial stability in the Union and respect its regulatory and supervisory regime and standards and their application,” the guidelines state.

Leaders will also demand that Britain not only pay tens of billions of euros to cover a share of EU commitments made before Brexit, but also for spending through to the end of 2020 under a 7-year EU budget plan, or MFF, which Britain agreed from 2014.