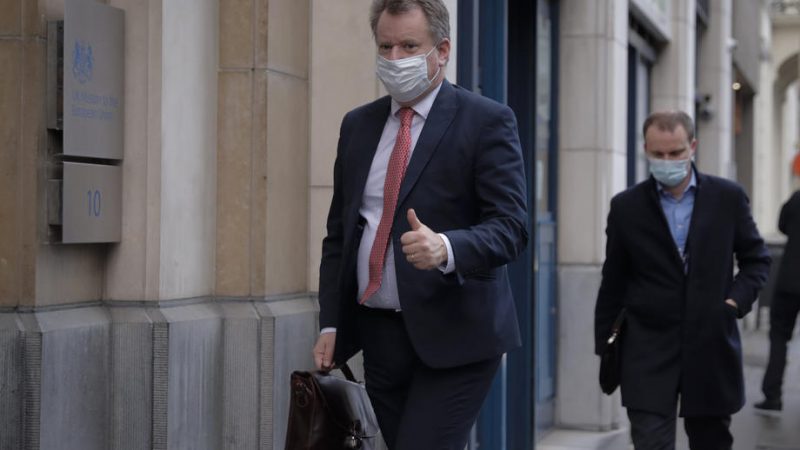 The Northern Ireland protocol was part of the Brexit divorce settlement negotiated by Prime Minister Boris Johnson. But Britain has said it must be rewritten less than a year after it was signed because of difficulties that businesses in the British province were facing.

In July, Frost put forward a “command paper” calling for changes to the protocol and raised the prospect of triggering its “Article 16,” which allows either side to dispense with its terms if they are proving unexpectedly harmful.

“The Protocol is clearly having a continued negative effect on everyday life & business in Northern Ireland,” Frost wrote on Twitter.

“The outstanding issues now need to be dealt with urgently. I and my team are in contact with the EU daily, but we need a full response to our July Command Paper soon.”

On Tuesday, European Commission Vice President Maroš Šefčovič, who oversees EU relations with Britain, said he hoped to solve the Northern Irish trading issues by the end of the year.

But he again rejected a British demand to renegotiate the protocol and warned London not to take unilateral action.

Under the protocol, Britain agreed to leave some EU rules in place in Northern Ireland and accept checks on goods arriving from elsewhere in the UK, in order to preserve an open land border with EU member state Ireland.

The arrangement has, however, effectively placed a border in the Irish Sea, which businesses say has damaged trade.

It has also angered pro-British unionists in Northern Ireland who believe it divides them from the rest of the UK, raising concerns about a return to the sectarian violence that plagued the province for three decades.