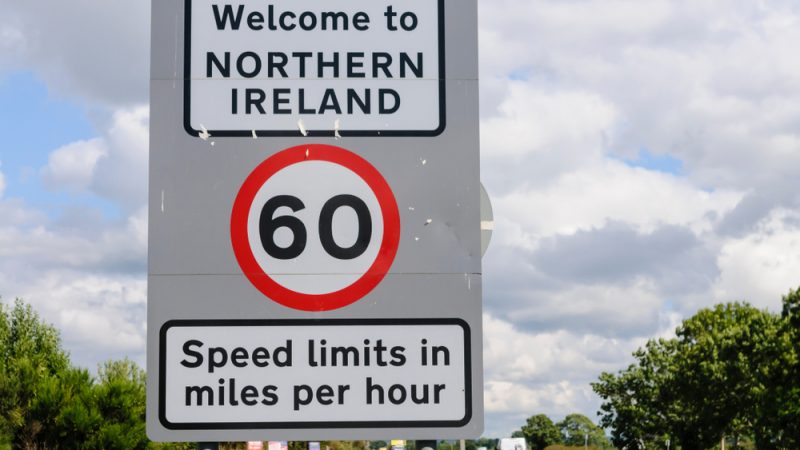 EU citizens living in the Republic of Ireland will have to apply online for pre-travel clearance from the UK in order to cross into Northern Ireland under proposed new British immigration laws which moved closer to adoption this week. [Shutterstock/Stephen Barnes]

EU citizens living in the Republic of Ireland will have to apply for pre-travel clearance from the UK in order to cross into Northern Ireland under proposed new British immigration laws which moved closer to adoption this week.

Under Boris Johnson’s government’s Nationality and Borders Bill, EU nationals living in Ireland will be required to apply for a US-style visa waiver known as an Electronic Travel Authorisation (ETA) before entering the UK, including when crossing the land Border into Northern Ireland. The ETA will also apply to EU nationals wishing to enter Britain.

The bill, which part of the UK’s overhaul of its immigration laws post Brexit, was passed by the House of Commons on Wednesday and now proceeds to the upper chamber of the UK Parliament, the House of Lords.

Although the UK and Ireland have a common travel area that allows their citizens to travel freely to each other’s country, this does not cover non–Irish EU nationals. In the Lords, opposition parties are expected to again table an amendment that would exempt travel on the island of Ireland from the ETA requirement.

Immigration Minister Kevin Foster told lawmakers on Wednesday that the new paperwork amounted to a “simple online fill-in form, and once you’ve done it you can fairly easily renew it as well”.

People needing to complete the form “would probably get used to the idea they would need to apply for something in terms of the UK”, Foster added.

However, communities around the border between Northern Ireland and the Republic, from which thousands of people commute between the two countries every day, have complained that they will be particularly badly affected.

Since there is no hard border between Northern Ireland and the Republic, it is hard to see how the regime could be effectively policed, especially since UK ministers have said that documents will not be checked at the land border.

Claire Hanna, an MP for the SDLP, a moderate nationalist party in Northern Ireland, warned that the proposed law could create “a climate of uncertainty”.

“Essentially we’re saying to people: you won’t get caught,” she said.

The scheme is due to come into effect in 2025 but it is unclear how it will be enforced, what it will cost or whether applications will be automatically approved.

Despite the end of free movement after the UK left the EU’s single market in January, British travellers to the EU do not require visas provided that Britain also grants visa-free access to EU nationals.

However, from 2022, Britons will be required to obtain a visa waiver under the new European Travel Information and Authorisation System, and pay a small fee to do so.