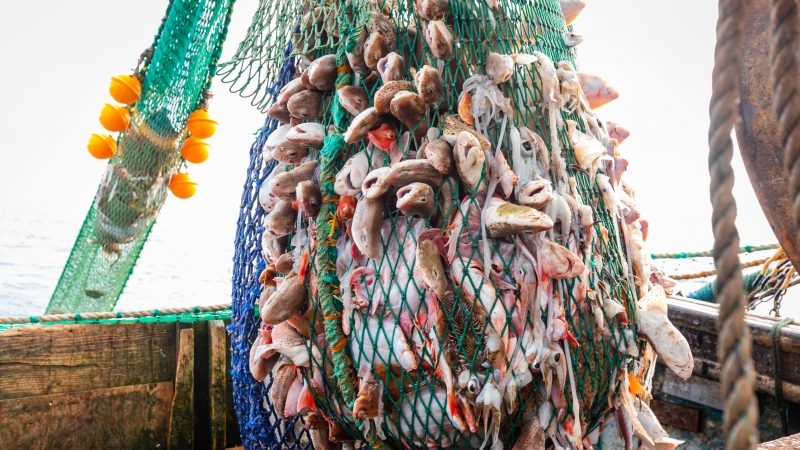 File photo. Fish in the nets after the first catch of the day on board the fishing trawler 'About Time' in the English Channel, off the south coast of Newhaven, East Sussex, Britain, 10 November 2020. [Vickie Flores/EPA/EFE]

According to sources in a meeting of ambassadors, EU negotiator Michel Barnier said he could not guarantee there would be a deal but that the EU’s “door will remain open”.

Britain is due to leave the EU single market at midnight on 31 December, with or without a deal.

The only way for any agreement to go into effect before then is if the member states agree to apply it provisionally — pending the approval of the EU parliament.

Britain has rejected the idea of continuing talks next year.

“EU negotiators are in a last push now to make progress and to clinch a deal acceptable for both sides,” Barnier said, according to several European diplomats.

“The EU will not close its door to the UK and remains ready to negotiate even beyond 1 January.”

According to the diplomats, Britain had suggested EU access to UK fish stocks be reduced by 35%, phased in over three years.

The EU had suggested a level of 25%, and over six years.

But crucially the British offer did not include “pelagic fish” — those that swim freely away from coasts or the seabed — and had not addressed inshore fishing at all.

If the loss of access to pelagic species is included the EU would lose 60% of its current catch, they said.

“In other words quite far outside the mandate of the EU negotiator,” one EU source said, adding: “Barnier has not asked for his mandate to change.”

Member states with northern fishing fleets like France, Denmark and the Netherlands are holding strongest on fish, but the EU remains broadly united, sources said.

In addition to fish, members are concerned about UK attempts to set time limits on some rules to ensure fair competition in business and regulate state subsidies.

“Progress has been made. Most issues are preliminarily closed or close to being agreed,” another diplomat said, recounting Barnier’s briefing to EU ambassadors.

“However, differences on fisheries remain difficult to bridge. Unfortunately, the UK is not moving enough yet to clinch a fair deal on fisheries.”

Before heading into the closed door meeting, Barnier told reporters: “We are really in the crucial moment, and we are giving it the final push.

“In 10 days the UK will leave the single market and I will continue to work.”

The EU envoys welcomed this, but one warned: “Barnier was unable to tell member states whether there would be a deal tomorrow, before Christmas, the New Year or summer 2021.

“Also a narrow path might in the end prove a dead end,” he said

A colleague from another member state suggested that if there was no breakthrough on Wednesday talks could resume next week.

If Barnier and his UK counterpart David Frost fail, the UK will leave without a follow-on trade deal.

Tariffs would be reimposed on cross-Channel trade in food and goods, exacerbating the economic shock of a return to a customs border after 47 years of integration.

The eleventh-hour talks have also been overshadowed by the fast-moving crisis over the new coronavirus strain found by London.

Amid reports the new strain might spread more quickly than previous ones, 40 countries in Europe and around the world cut travel links to Britain.

The EU is scrambling to come up with a coordinated response after cross-channel traffic was left snarled as France shut down entry for passengers and goods. 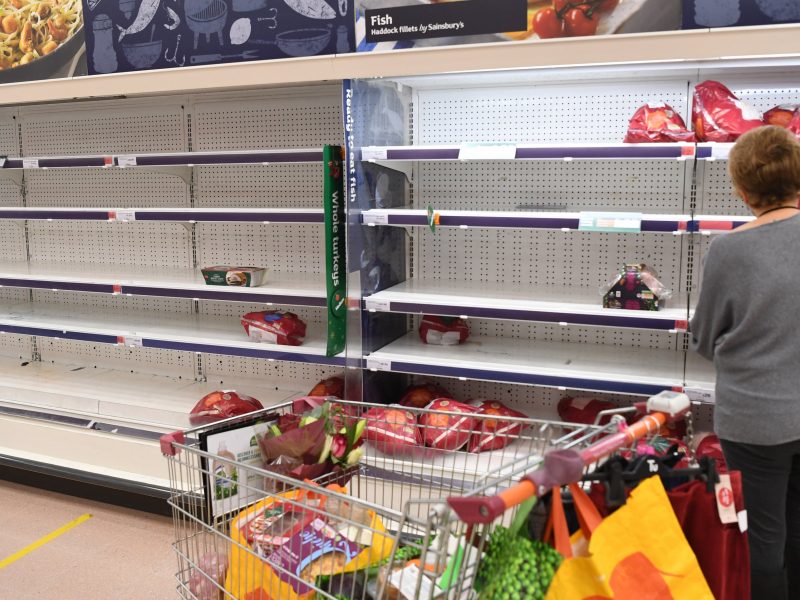 Ambassadors from the bloc’s 27 members were seeking to hammer out a joint plan to allow cargo to start moving again and EU nationals to return home.

Von der Leyen’s Commission has recommended that blanket bans be discontinued in order to allow essential passenger travel and freight shipments to resume.

And France said Tuesday that it would begin to ease measures at the border.