The European Commission will on Wednesday (13 October) put to Britain a package of measures to ease the transit of goods to Northern Ireland, while stopping short of the overhaul London is demanding of post-Brexit trading rules for the province.

The EU executive’s measures are designed to ease customs controls, such as the clearance of meat, dairy and other food products and the flow of medicines to the British province from the UK mainland.

However, it will not open up for renegotiation the protocol governing Northern Ireland’s unique trading position, leaving Brussels and London on a potential collision course.

Maroš Šefčovič, the commission vice-president in charge of EU-UK relations, will present the plans to EU countries and to members of the European Parliament on Wednesday afternoon before a news conference scheduled for 6.30 p.m. 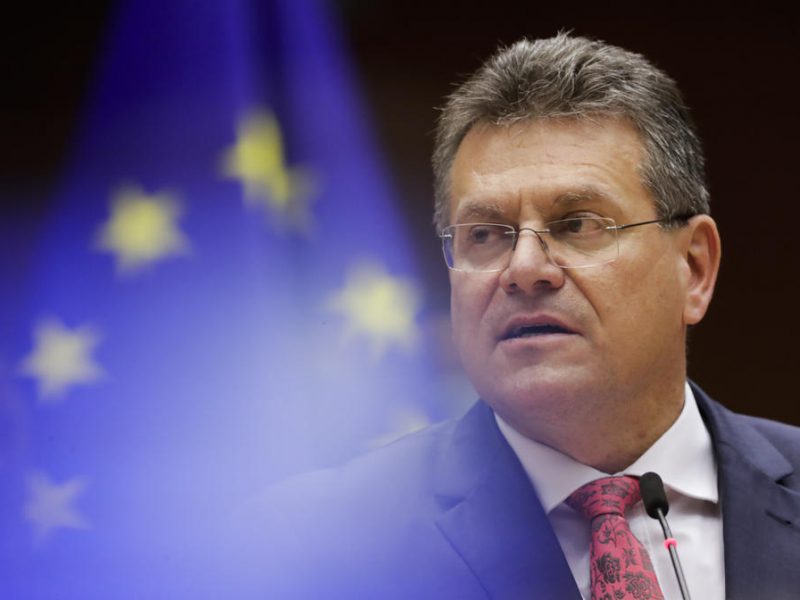 The commission will also set out plans to engage more with people in Northern Ireland.

The proposals could enable supermarkets to supply Northern Irish stores with sausages and other chilled meat products from Britain that are banned from entry into the European Union – and so in theory into Northern Ireland.

While remaining part of the United Kingdom, Northern Ireland has stayed in the EU’s single market for goods, meaning its exports to the rest of the bloc face no customs checks, tariffs or paperwork.

Šefčovič has said the arrangement allows Northern Irish businesses to enjoy the best of both worlds. However, the result is an effective customs border in the Irish Sea, disturbing trade from Britain to Northern Ireland and angering the province’s pro-British unionists.

Under the commission’s plans, British sausages, for example, would be allowed into Northern Ireland as long as they were solely intended for Northern Irish consumers.

“That’s our proposal. We will put it on the table. If… this is rejected, then indeed we have a problem,” Šefčovič said in comments last week.

British Brexit Minister David Frost said in a speech on Tuesday that London would be ready to discuss the proposals “whatever they say”, but also demanded a new “forward-looking” protocol, one without oversight from European judges. 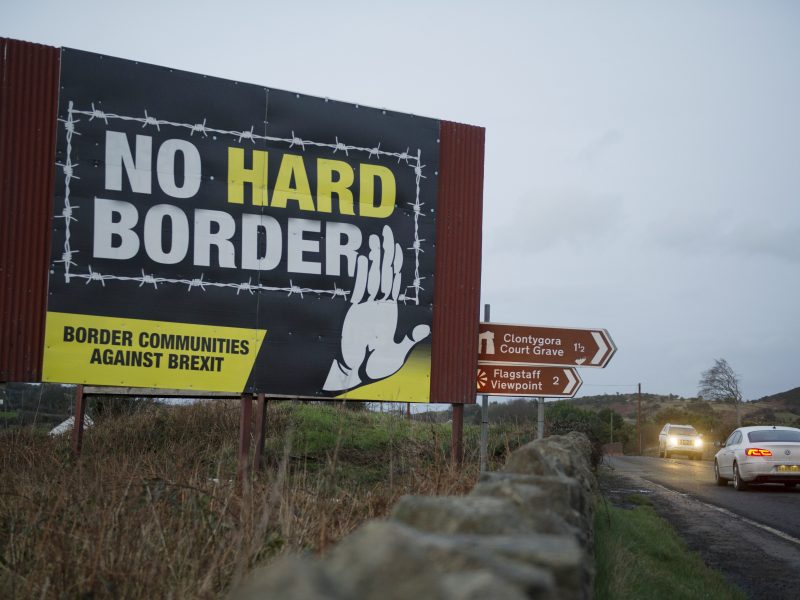 British Brexit minister David Frost made an impassioned plea to the European Union on Tuesday (12 October) to allow for “significant change” to post-Brexit rules governing trade with Northern Ireland, saying only that could draw the poison from their relations.

The EU has said it cannot see how a body other than the EU’s top court could rule on the EU single market.

Šefčovič has also said that during his visit last month to Northern Ireland, almost no one raised the European Court of Justice as a problem.