After months of uncertainty and slow progress, the EU negotiator Michel Barnier and the UK Brexit chief David Davis told a news conference in Brussels they had reached broad agreement on the joint legal text, which Barnier said was a “decisive step”.

Michel Barnier just displayed the text that's been agreed so far…
Such a simple document…. We obviously voted for every word of that… pic.twitter.com/RqTCLLzAAj

“We were able to agree on a large part of what will make up the international agreement for the orderly withdrawal of the UK,” Barnier said. But he cautioned that more work needed to be done, particularly on the issue of how to avoid a hard border and ensure smooth trade between Ireland and Northern Ireland.

They agreed that the final withdrawal agreement would include a backstop solution for the Irish border, as a fallback option which Barnier said “will apply unless and until another solution is found”.

Of particular note is the agreement on citizens’ rights and the financial settlement – two sticking points in the early phase of the talks, as well as agreement on a limited transition period which will end on 31 December, 2020.

“During that period, the UK will no longer participate in EU decision making. None the less, it will preserve all the benefits of the single market, the customs union, the European policies, and will be required to respect all European rules, like the member states do,” Barnier said. 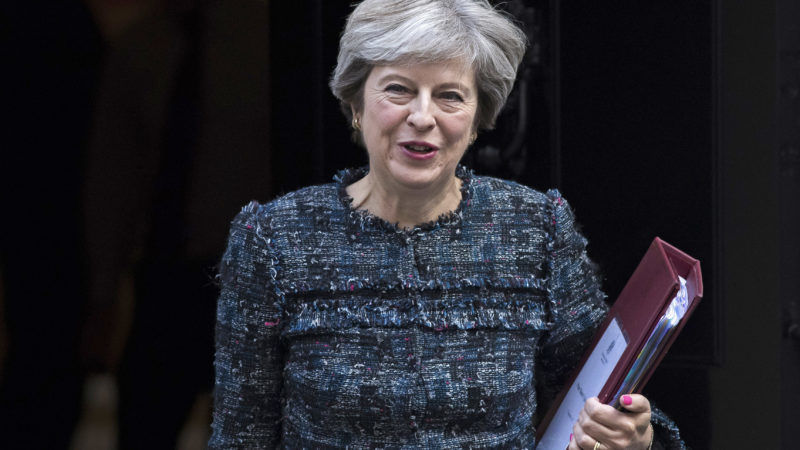 Theresa May’s most detailed speech yet on UK-EU relations after Brexit received a mixed reaction on Friday (2 March), with senior EU lawmakers warning that the UK government continued to “bury its head in the sand”.

It was agreed that British and European citizens who arrive during the transition period on either side will receive the same rights and guarantees as those who arrive before the day of Brexit (29 March, 2019), while the UK is still part of the bloc.

Davis said the “agreement on the next phase” will provide the certainty demanded by businesses and citizens on both sides, while it was also agreed that the UK government will pursue bilateral talks with Spain on how to handle Gibraltar, a British territory on Spain’s southernmost tip.

“Now our attention must turn to the future, our economic and security cooperation… We must seize the moment and carry forward the momentum of the past few weeks. But this gives us confidence that a good deal for the UK and the EU is closer than ever before,” Davis said.

A quick take on what we have learnt from the Brexit press conference with Barnier and Davis. pic.twitter.com/nehSfrHUjy

Speaking of Ireland, Davis said the “aim of the whole exercise is to uphold the Good Friday (peace) agreement in its entirety, ensure there is no hard border and deliver a border that is no impediment to trade between Ireland and Northern Ireland”.

Leaders of the 27 EU member states will discuss the agreement at a summit in Brussels on 22-23 March and are expected to give the nod to further talks, which are needed to finalise the deal.

The UK and EU hope they will then be able to focus on the future relationship the UK and EU will have. It will need to be ratified by all EU member states and the UK parliament.

The European Parliament backed a Ukraine-style “association agreement” as the model for future EU-UK relations after Brexit.