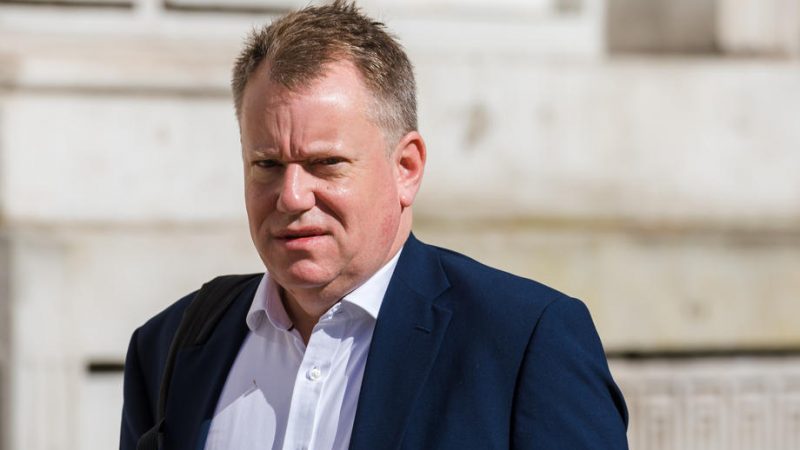 The impasse over the Northern Ireland protocol risks creating a “cold mistrust” in EU–UK relations, the UK’s Brexit minister has said, with grace periods on a range of products weeks away from expiring. EPA-EFE/VICKIE FLORES

The impasse over the Northern Ireland protocol risks creating a “cold mistrust” in EU-UK relations, the UK’s Brexit minister has said, with grace periods on a range of products weeks away from expiring.

“The stakes are high. The arguments can be bitter. And I worry this process is capable of generating a sort of cold mistrust between us and the EU which could spread across the relationship,” David Frost said at the British-Irish Association conference in Oxford on Saturday (3 September).

Frost added that the bitter arguments over the protocol are “holding back the potential for a new era of cooperation between like-minded states in a world which needs us to work together effectively.”

Talks on the Northern Ireland protocol are set to resume and intensify over the coming weeks with a number of grace periods on goods set to end on 1 October. As it stands, next month supermarkets would be required to use export health certification for meat, dairy, fish and eggs going from Great Britain to Northern Ireland.

Gordon Lyons, the Economy Minister for the devolved Northern Ireland assembly government, warned last week that there would be “real problems” if grace periods were not extended again.

Boris Johnson’s government and the European Commission have been at loggerheads over the implementation of the protocol, negotiated and agreed as part of the UK’s Withdrawal Agreement with the EU, since it came into force in January.

In July, the European Commission suspended legal proceedings that it brought against the UK for breaching the protocol by unilaterally extending the grace periods on a range of goods.

The deal keeps Northern Ireland part of the EU’s single market for goods in order to avoid a border with the Republic, and has imposed checks on a range of products travelling between Britain and Northern Ireland. The province’s Unionist community, which identifies as British, and its political leaders, have demanded that the protocol be abolished.

The Johnson government has demanded that the protocol be re–opened and revised rather than be scrapped.

The Commission for its part, insists that it will not agree to the UK’s demand to renegotiate the protocol, though it did propose a package of measures in June to ease its implementation.

In an open letter published on Sunday, a group of business leaders, academics and politicians from Northern Ireland and the Republic of Ireland, urged the UK and the EU to deliver “balanced, bespoke and reasonable” solutions.

“Friction and barriers to the movement of goods has impeded normal trade capacity and added to inflationary dynamics. Therefore, we call upon the UK and EU to deliver proportionate outcomes that aid the peace process through resolving the East-West trade relationship,” the letter stated.