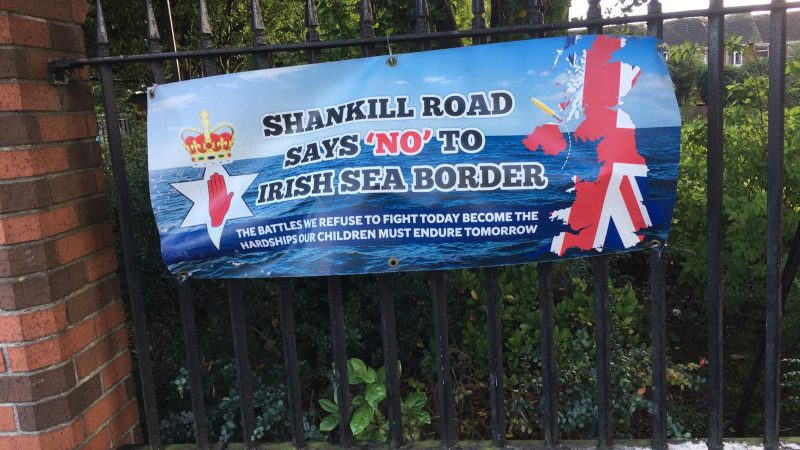 EU–UK talks aimed at overhauling the Northern Ireland protocol remain far from resolution, officials conceded, as the UK continues to prepare for the fallout from suspending the protocol.

EU–UK talks aimed at overhauling the Northern Ireland Protocol are far from resolved, officials conceded, as the UK prepares for the fallout from suspending it.

“While there is some overlap between our positions on a subset of the issues, the gaps between us remain substantial,” a UK government spokesperson said in a statement on Friday  (29 October).

The comment came following a week of talks between Brexit minister David Frost and the European Commission Vice President Maros Sefcovic on the unique customs and immigration situation caused by Brexit at the border between Northern Ireland and Ireland.

With the two sides no closer to resolving the impasse over the role of the European Court of Justice, expectations of an agreement remain low.

UK ministers have stepped up discussions within the ‘XO’ cabinet committee, responsible for the government’s Brexit preparations for managing the repercussions of triggering Article 16. This would allow the UK to stop following some parts of the Northern Ireland Protocol.

The UK spokesperson added that “the EU’s proposals represent a welcome step forward but do not free up goods movements between Great Britain and Northern Ireland to the extent necessary for a durable solution.”

“Nor do they yet engage with the changes needed in other areas, such as subsidy policy, VAT, and governance of the Protocol, including the role of the Court of Justice,” they added.

The protocol, which was established to avoid a hard border on the island of Ireland, has caused difficulties for businesses in Northern Ireland and is opposed by much of its pro–British Unionist community. That prompted the UK to call for it to be reopened last month.

However, in a sign of a softening stance, Jeffrey Donaldson, the leader of the Democratic Unionist Party, appears to have backed down on his threat to withdraw his party, the largest in the Northern Ireland assembly, from its devolved government.

The talks between Frost and Sefcovic will continue next week, with a November deadline set for an agreement.

Despite the UK government’s intransigence and the criticisms of the protocol in Northern Ireland, particularly among its Unionist community, it retains a significant level of public support.

The protocol effectively keeps Northern Ireland in the EU’s single market for goods but imposes customs checks on a range of products travelling from Britain to Northern Ireland. Many business leaders and politicians in Northern Ireland believe that this could give companies a competitive advantage.

67% of respondents, meanwhile, said that they believed the protocol arrangements for Northern Ireland were necessary to manage to effects of Brexit.

“Most Northern Ireland businesses want the protocol to work, though they do want adjustments,” Stephen Kelly, chief executive of Manufacturin, told EURACTIV.

However, one in five businesses in Northern Ireland wants the protocol to be scrapped. There is diminishing confidence among the business community that the protocol can be made to work.