The European Union executive said on Thursday (14 March) Britain will have to justify any request to postpone Brexit beyond the end of this month and that EU leaders would put a priority on avoiding disrupting EU institutions in considering it.

Noting Thursday’s votes in the British parliament to seek a delay in leaving the bloc, a spokesman for the European Commission said: “A request for an extension of Article 50 requires the unanimous agreement of all 27 member states.” 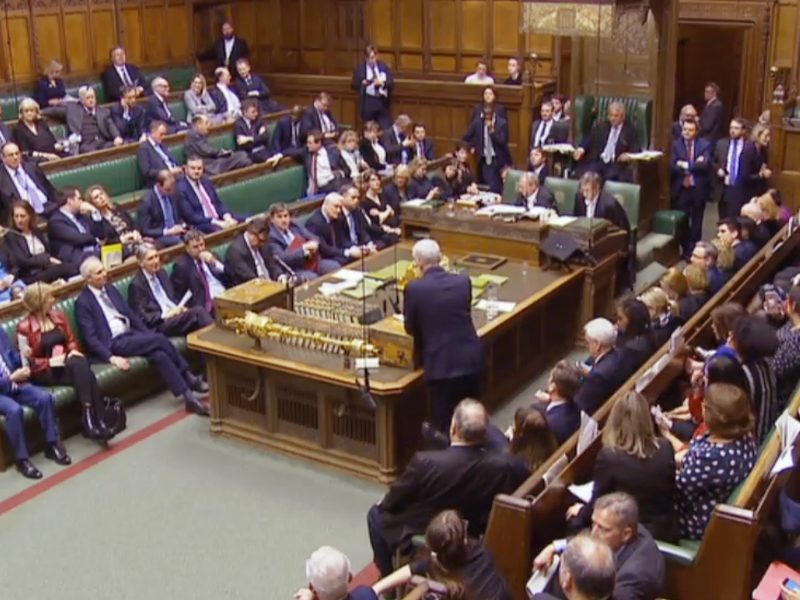 The Council of national leaders, he said, would “consider such a request, giving priority to the need to ensure the functioning of the EU institutions and taking into account the reasons for and duration of a possible extension.”

The Council is due to meet next Thursday and Friday (21 and 22 March). Several leaders have already said that Britain must either have left before a new European Parliament is elected in May to take office in July or must hold its own EU election in order to avoid any legal challenge to the legitimacy of the legislature.

Some have also said that Britain should not be allowed merely to continue to remain a member while giving no clear indication of what it planned to use an extension for after months of deadlock in London over whether or not to accept a Brexit treaty agreed by Prime Minister Theresa May.

Dutch foreign minister Stef Blok warned Wednesday that Britain would need to convince “each and every” EU country to grant any delay.

The EU must increase pressure on Britain to move forward on its exit from the bloc, the European Parliament’s Brexit coordinator told German television on Thursday, after the vote in the Commons.

Liberal party leader Guy Verfhofstadt expressed frustration about what he called repeated negative votes by British lawmakers, and said the EU could only agree to a short delay if parliament made clear what exactly it would support.

“We have to increase the pressure,” he said. “How many votes have there been, and every time it’s a negative majority, a majority against something. The time has come where we must see a broad majority that goes beyond the party lines.”

Verhofstadt sharply reacted to the position of Council President Donald Tusk that a long extension be granted at the summit. “Under no circumstances an extension in the dark!”, he tweeted.

Under no circumstances an extension in the dark! Unless there is a clear majority in the House of Commons for something precise, there is no reason at all for the European Council to agree on a prolongation. Even the motion tabled for this evening by the UK Gov. recognises this. https://t.co/BNJVVT7Klw

MEP Jo Leinen, S&D-spokesperson in the Constitutional Affairs Committee of the European Parliament, stated that the date of the UK’s EU withdrawal can only be postponed until the start of the European elections on 23 May.

“An extension until the end of June, as announced by Prime Minister May in Parliament, carries the risk that even then no majority for the agreement exists and the UK will still be a member of the EU at the beginning of the new legislature on 2 July without having elected representatives. The European elections must not be put at risk by the Brexit-chaos for no good reason,” Leinen said.

He added that in case there would be no majority for May’s deal in the Commons in the third attempt on 20 March, “postponing the withdrawal date only makes sense, if the government and parliament in London change their red lines”.

“Prime Minister Theresa May’s strategy  to bully Brexiteers in her party to accept her deal by giving the choice between ‘my deal or no Brexit’ has failed. Either, a cross-party solution to this national question is found, or the country will eventually leave the EU without a deal,” the S&D MEP said.

#Brexit : short extension of Art 50 makes no sense if there is not a change of red lines in the #HouseofCommons. Additionally the #EP stops its sessions on 18.April and would not be able to vote on the Brexit deal for some months.

A vote by Britain’s parliament to seek to delay when it leaves the European Union only adds uncertainty about timing to an already difficult situation, Germany’s DIHK industry group said in comments published by German media on Friday.

“The companies no longer have any idea what they should be preparing for,” Martin Wansleben, executive director of the DIHK Chambers of Industry and Commerce, told the Funke Mediengruppe newspaper chain.

Wansleben said 70% of German companies with business in Britain expected further erosion in 2019, and only one in five of those firms described its UK business as good.

Trump has his say

US President Donald Trump said Thursday that a new Brexit referendum — touted by many in Britain who say the first vote to leave the EU led to political chaos — would be unfair.

“I don’t think another vote would be possible because it would be very unfair to people who have won,” Trump said at the White House.