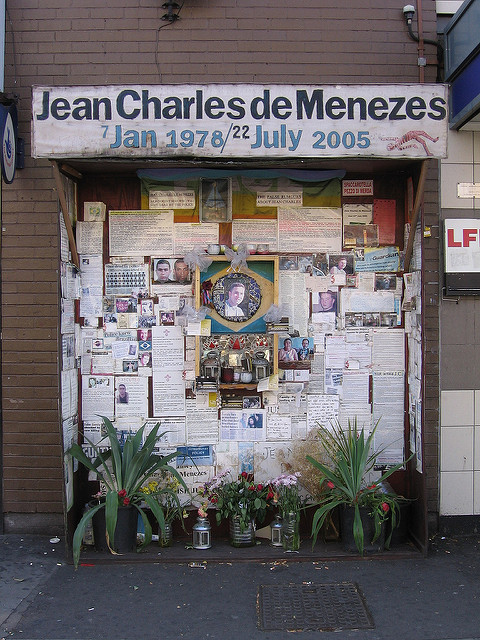 The European Court of Human Rights on Wednesday rejected calls for London police to be prosecuted over the killing of a Brazilian man mistaken for a jihadist following attacks in the British capital in 2005.

Jean Charles de Menezes was shot dead by police on July 22, 2005, two weeks after the suicide bombings on London transport killed 52 people, and a day after unexploded bombs were found on three Underground trains and a bus.

His family has fought a long legal battle, calling for individual Metropolitan Police officers to be prosecuted for the killing, but the European court ruled there had been an effective investigation.

“The decision not to prosecute any individual officer was not due to any failings in the investigation or the State’s tolerance of or collusion in unlawful acts,” the Strasbourg-based court said in a ruling passed by 13 votes to four.

“Rather, it was due to the fact that, following a thorough investigation, a prosecutor had considered all the facts of the case and concluded that there was insufficient evidence against any individual officer to prosecute.”

De Menezes, an electrician, was shot seven times in the head by police officers in a London Underground station.

Police mistook him for failed bomber Hussain Osman, who had attempted to place explosives at one of the stations the day before, and who lived in the same block of flats as de Menezes.

The killing of de Menezes provoked a series of inquiries that were heavily critical of police tactics, supervision and individual decisions.

But British prosecutors repeatedly decided not to bring a case against any individual officer, arguing it would be too difficult to prove that they did not fear for their lives.

In May 2007, the police disciplinary board said it would not sanction any of the officers on similar grounds.

“They thought he was a suicide bomber,” Clare Montgomery, lawyer for the British government, told the European court last year.

“For that reason they decided that they had to kill him as quickly as possible.”

The case has been led by de Menezes’s cousin, Patricia Armani Da Silva, after other members of the family decided to draw a line under the incident several years ago.

Although the family has failed to implicate individual officers, they did succeed in prosecuting the police force as a whole for breaching health and safety regulations, receiving £175,000 (240,000 euros, $270,000) in compensation.

They received further damages in 2009 through a civil action. The amount was kept confidential.

Further inquests into the death have backed the initial investigations, though the police have repeatedly apologised for their fatal mistake.

“(De Menezes) was a totally innocent victim and in no way to blame for his untimely death,” the police said at the time of the compensation deal in 2009.