As talks intensified between EU and UK negotiators, with Johnson hoping to seal a Brexit deal at a European Council summit later this week, a cross-party delegation of six senior MPs – Dominic Grieve, Vince Cable, Caroline Lucas, Peter Grant, Liz Saville Roberts and David Lammy – travelled to Brussels on Wednesday to make the case for an extension so the UK can hold a referendum on Johnson’s deal.

They meet with French, Dutch and Irish diplomats and the chair of the European Parliament’s Brexit Steering Group, Guy Verhofstadt, ahead of the European Council on Thursday.

UK lawmakers are due to hold an emergency session on Saturday, but Mr Grieve, a former Attorney General who was expelled from the Conservative party for backing a law to prevent a no-deal Brexit, told EURACTIV a vote was unlikely to take place.

“If it is as he (Johnson) describes, then there will be a border down the Irish Sea, which is contrary to everything he has said previously and it looks like it is going to be a rather hard Brexit, which means that negotiating a future trading relationship is going to be rather difficult.”

“Parliament is going to need time to consider this, and this idea that we can be bamboozled and asked to decide on something on Saturday, I find pretty extraordinary.”

“If he doesn’t have a legal text, then there is no point in him presenting anything because there’s nothing to vote on… and we shouldn’t be having the Saturday sitting,” Grieve told EURACTIV.

Under the Benn/Burt Act passed in September, Johnson will be legally required to request a three-month extension to the Brexit talks if the Withdrawal Agreement has not been passed by Saturday.

If the Saturday session is to take place, the Johnson government will have to table a motion before the end of Wednesday, to be voted on Thursday.

The UK lawmakers do not expect the EU-27 to block an extension and trigger a ‘no deal’ Brexit.

“There is a sense of ‘we can’t go on can-kicking for ever’ but that’s not the same as not granting an extension,” said Grieve.

But he added that the three-month extension provided for in the UK legislation might still not be enough, even to pass an agreement struck this week.

“It’s possible it could be shorter – that is in the hands of the EU – but one of the points we’re coming to make is that a short extension is going to serve no useful purpose at all because unless they can suddenly miraculously produce a text by Saturday, this is going to mean weeks of more negotiating,” said Grieve.

“Let’s assume that the government gets a text by the weekend. In view of the fact that we can’t leave until the Withdrawal Agreement is approved, which I would reckon is going to take about a month to pass, then the extension to 31 January looks rather short, even with a deal.”

But amid rumours that some Conservative hard Brexiteers and the Democratic Unionist Party will not support a deal, there are already fears that a Johnson deal will not be able to command a majority.

Only five Labour MPs supported Theresa May’s Withdrawal Agreement, and although 19 of the party’s lawmakers say they want to support a deal, they are under heavy pressure from the party leadership to oppose.

Both Labour and the Liberal Democrats say any Brexit deal must be put to a confirmatory referendum, with Lib Dem leader Jo Swinson publicly suggesting her party could support a deal if it is put to the people.

The MPs say that conditioning a Brexit deal on a new referendum is the only way to get it through Parliament.

“I was very active in that referendum campaign and the whole issue about the impact of Brexit on Northern Ireland was hardly touched on at all, whereas now we can see that it is the key issue,” said Green MP Caroline Lucas.

“Parliament has to decide: does it want to attach a confirmatory referendum to it, which is something that I think is growing in support,” said Grieve. “My feeling is that there is more support for it than there was six months ago”

Peter Grant, Brexit spokesman for the Scottish National Party, told EURACTIV that “the key thing is that Parliament didn’t decide to leave the EU, it gave that decision to the people,”.

“Nobody has asked the people if the deal is the sort of Brexit they wanted. My guess is that the Brexit deal that Boris Johnson brings back is going to be much more severe than the Brexit they thought they were voting for,” he said.

Labour’s David Lammy also stressed that “the only way to get it through is by attaching it to a big democratic moment, and that is allowing the people of the country to express their view on the deal”.

“What can really get this episode done is a confirmatory vote and we can actually move on. We are here in the spirit of compromise. That’s the compromise,” Lammy told EURACTIV.

Pro-Remain forces will gather for a ‘ People’s Vote’ rally on Saturday, with organisers expecting a record turnout.

“We are operating in a cross-party way in a way that Westminster does not do traditionally. We’re in the position of putting the numbers together to move forward and find a clear way out of this,” said Plaid Cymru MP Liz Saville Roberts. 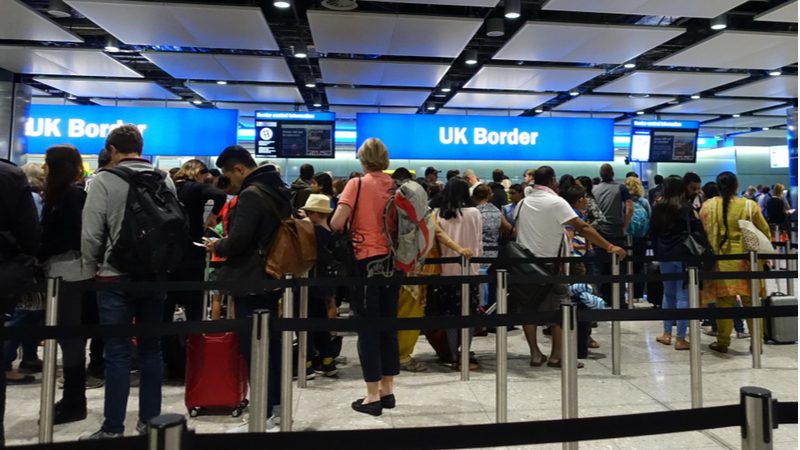