That rationale, in part, was behind Labour’s announcement that it will campaign for a second referendum if its own Brexit plan for the UK to remain in a permanent customs union is rejected, as is 99% likely.

On Wednesday (27 February), Labour’s Brexit spokesman Keir Starmer confirmed his party would seek a referendum between a “credible Leave option” and remaining in the EU, in a bid to take a ‘no deal’ Brexit off the table.

This will please some Remain supporters, but it doesn’t make a new referendum much more likely. For one thing, there is no parliamentary majority for another poll. Only a handful of Conservatives would support it, while at least 20-30 Labour MPs, predominantly in Leave-voting constituencies, flatly oppose another referendum.

Nor does it mean that Labour leader Jeremy Corbyn wants another referendum.

Importantly, it will pacify party members. Labour’s membership numbers have swelled dramatically since Corbyn won the party leadership from around 150,000 in 2015 to roughly 500,000.

But those new card-carriers are overwhelmingly pro-Remain and have become increasingly frustrated by Corbyn’s equivocation. Thousands of Labour members have torn up their party cards in recent months over Brexit although Labour HQ, understandably, is keeping the precise numbers close to its chest.

Of the eight Labour MPs who resigned from the party last week, the seven who are now part of the Independent Group are staunch Remain supporters.

But Corbyn isn’t the only leader on manoeuvres.

On Tuesday, Theresa May made her move to force her own recalcitrant Tory MPs to back her deal. A ‘no deal’ would only take place “with the explicit consent” of MPs.  MPs will get the chance to vote for an extension to the Article 50 process – likely to be three months – delaying the date of the UK’s official departure from the EU. 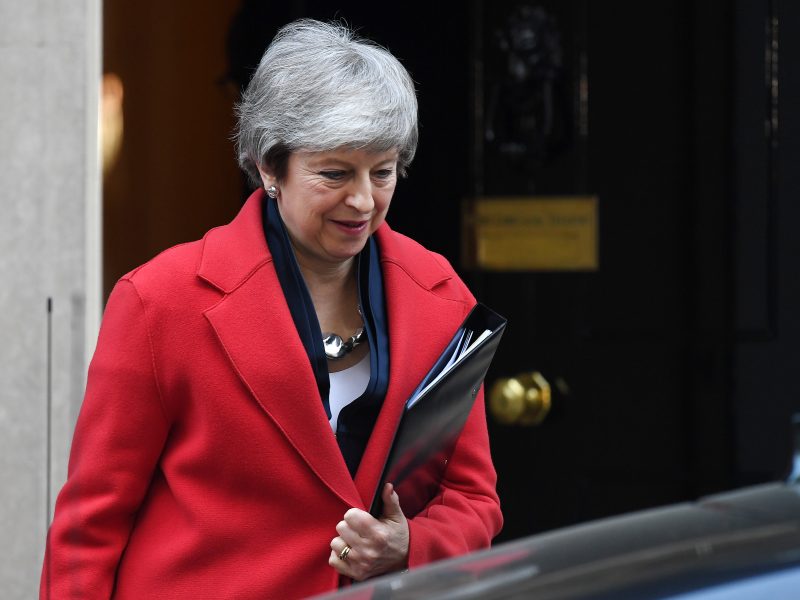 A day later, her de facto deputy, David Lidington, subtly hinted that a ‘no deal’ scenario – which the European Research Group, a group of hard Brexit-supporting Conservative MPs, would be comfortable with – is gently being edged off the table. He referred to ‘no deal’ as “chaotic”.

Yesterday, the Department for Exiting the European Union (DexEU) warned that most UK businesses and citizens were unprepared for Brexit, and that a series of EU trade deals would not have been rolled over by 29 March in the event of a ‘no deal’ scenario.

Around one-third of the UK government’s Brexit contingency planning was off target. A ‘no deal’ would cost the UK economy up to 9% over fifteen years.

“The short time remaining before 29 March does not allow the government to unilaterally mitigate the effects of no deal,” the DexEU paper stated.

Rees-Mogg’s group of over 90 MPs had previously been calling for the backstop [a fallback solution for the border on the island of Ireland] to be entirely scrapped.

A three-month extension to the Article 50 process is no silver bullet even if EU leaders agreed to it. That may not be the fait accompli that the May government assumes. French President Emmanuel Macron warned that he would not agree to an extension “without a clear objective”, and Spain’s Prime Minister Pedro Sanchez has made similar remarks.

For all the manoeuvring of their respective leaders, MPs are eventually going to have a choice between three options: May’s deal or something very close to it; a no deal/WTO Brexit; or another referendum. The latter option is still the least likely, and May’s deal the most probable.

Starmer spelt that out to MPs on Wednesday.

“There is an expectation that the deal is going to change, and I don’t think that’s going to happen,” he said.

Most Britons are thoroughly bored of the Brexit process and just want politicians, on both sides of the Channel, to get on with it. Public opinion may be Theresa May’s weapon in finally getting an unloved compromise over the line.

One response to “Exercises in Brexit positioning”