Explainer: What is in Britain’s proposed new post-Brexit law for Northern Ireland 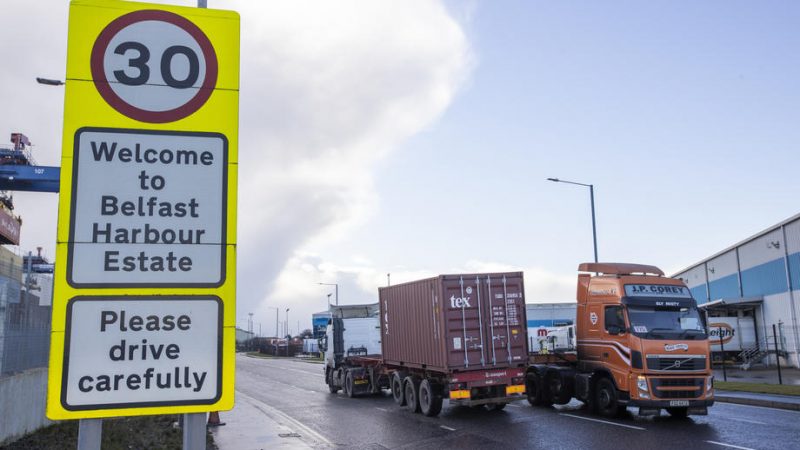 Britain published legislation on Monday (13 June) to tackle disruption to post-Brexit trade with Northern Ireland, setting out measures it says are needed to protect peace in the British-ruled province but which are sure to antagonise the European Union.

Britain published plans on Monday to override some post-Brexit trade rules for Northern Ireland by scrapping checks and challenging the role played by the European Union’s court in a new clash with Brussels.

Despite Ireland describing the move as a “new low” and Brussels talking of damaged trust, Britain pressed ahead with what Prime Minister Boris Johnson suggested were “relatively trivial” steps to improve trade and reduce bureaucracy.

The government sees the legislation as part of a “dual track” approach to the problem, enabling ministers to pursue negotiations with the EU while having an insurance policy in the form of the new bill if those talks fails to come to fruition.

European Commission Vice President Maroš Šefčovič said that the bill was “damaging to mutual trust and a formula for uncertainty” and warned that the EU would now consider whether to continue the infringement procedure launched against the UK government in March 2021. 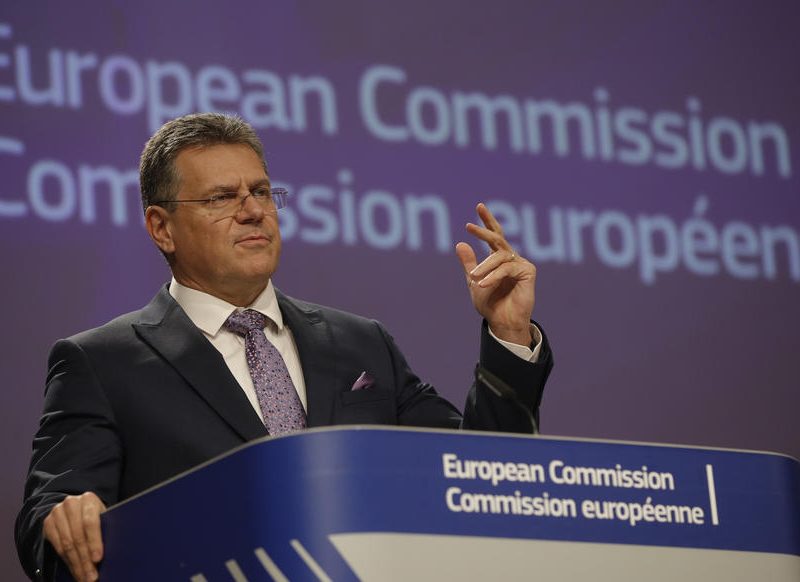 The European Commission is set to reopen infringement proceedings against the UK that could lead to the collapse of the post Brexit trade deal after London on Monday tabled a new law designed to unilaterally overhaul the Northern Ireland protocol.

Following are the reasons why Britain wants to unilaterally change the Northern Ireland protocol, agreed as part of its Brexit divorce deal with the EU, and what it has proposed.

What is the Northern Ireland protocol?

— The protocol is an arrangement agreed as part of Britain’s Brexit deal that keeps Northern Ireland aligned with the EU’s single market for goods, avoiding a hard border with EU member Ireland that was a key part of a peace deal.

— It brought in checks on goods moving between Britain and Northern Ireland, deterring traders from delivering certain products to the province.

Justification for the legislation

— Foreign minister Liz Truss said on 17 May the Belfast Good Friday Agreement peace deal was under strain, preventing the working of the Northern Ireland executive.

— This argument has formed the basis of the government’s legal justification. It believes the conditions have been reached to justify the “doctrine of necessity”, which allows an administrative authority to employ extraconstitutional measures to restore order or stability.

— Britain says the new legislation is legal under international law. It says it will not scrap the protocol deal but make limited changes.

— EU customs procedures for moving goods within the UK have meant companies are facing significant costs and paperwork. Some businesses have stopped this trade altogether.

— Rules on taxation mean that citizens in Northern Ireland are unable to benefit fully from the same advantages as the rest of the UK, like the reduction in VAT on solar panels.

— The EU has made proposals to ease the burden for traders but Britain says they do not address the full concerns and would go backwards from the current situation.

— Britain wants to introduce green and red lanes backed by commercial data and a trusted trader scheme for goods, with the green lane for products staying in the UK, and red for those going to the EU or being moved by traders not in the trader scheme. Post and parcels would go through the green lane.

— To protect the EU’s single market, it would implement robust penalties for those who seek to abuse the system.

— Robust data sharing and a purpose-built IT system with information available in real time and well within the time taken to cross the Irish Sea would be available.

— It would also remove regulatory barriers to goods made to UK standards being sold in Northern Ireland. Goods could be marked with either a CE or UKCA marking or both if they meet the relevant rules. Approval could be granted by UK or EU bodies.

— Britain wants to allow businesses to choose between meeting UK and EU standards in a new dual regulatory regime.

— London will be able to decide tax and spend policies across the whole of the UK. Britain proposes using the Subsidy Control Act 2022 to manage subsidies in the UK. Britain would provide freedom for ministers to adapt or disapply rules so that people in Northern Ireland could benefit from the same policies as those elsewhere in the UK.

— It would address issues related to governance by bringing the protocol in line with international norms and removing the dominance of the European Court of Justice. Britain proposes more balanced arrangements that look to manage issues through dialogue, and then through independent arbitration.

How long will it take?

— Britain says it needs to deal with the trade issues as a matter of urgency but there is no legislative timetable.

— It is likely to meet resistance in the upper house of parliament. One Conservative lawmaker said the rarely-used Parliament Acts could be utilised to force it through. This limits the delaying powers of the House of Lords to a year.