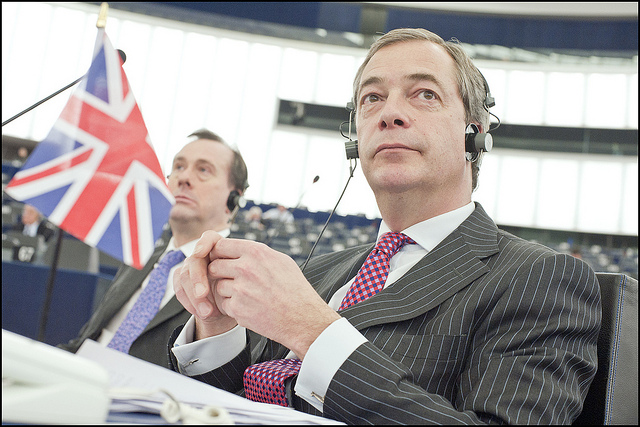 Despite a resounding victory in the UK, Nigel Farage’s Europe of Freedom and Democracy (EFD) group in the European Parliament risks isolation and even extinction without the support of Beppe Grillo’s Five Star Movement, after a wave of defections hit the political grouping led by the UKIP.

The Five Star Movement, who the European Greens rejected as potential partners, has 17 MEPs it could bring to the EFD, which was hit Wednesday (4 June) by defections to the European Conservatives and Reformists (ECR).

Five Star are from a country not already represented by the EFD. That is vital because to form a group, the allied parties must consist of 25 politicians from at least seven member states. UKIP alone already has 24 of the 25 MEPs needed to form a group.

The Danish People’s Party (DPP) and the Finns Party quit the group for the UK Conservative-led ECR. They are expected to be followed next week by Dutch MEP Bas Belder, another former EFD member.  Italy’s Lega Nord has already left for the far right alliance led by France’s Front National.

That leaves the EFD needing five different member state representatives, excluding Five Star, to reform. Lithuania’s Order and Justice is likely to be one of those but there has been speculation could also join the alliance, increasing the far-right parties’ chances of forming a group and securing EU funding.

An EFD spokesman said, “Regarding the Danish People’s Party, we knew this move was coming for some time. I am sure that DPP members are unhappy that they are now in a political family (AECR) which contains the Islamic AK Party of Turkey.

“EFD Group is now very close to having the delegations for a group. We are very confident the total number of members will be between 50 and 55. It is now just a matter of getting firm verbal commitments as written signatures.”

Rachel Franklin of British Influence, a campaign group to keep Britain in the EU, said, “Farage’s partners in the EFD group are looking elsewhere; UKIP is set to lose key representatives from Denmark, Finland and Italy, putting him in a very lonely position indeed.

“The EFD is already the smallest group. It will need to find lots of friends, fast, to continue its existence, let alone make its presence felt.”

Grillo and Farage met in Brussels after the election to discuss possible cooperation but that was before the approach to the Greens. Farage has earlier told EURACTIV that both he and Grillo had said “very warm things” about each other in the past, while refusing to comment any further on negotiations.

Franklin added, “Farage’s best bet is said to be to join forces with Italy’s Five Star Movement. That Beppe Grillo’s first bid was to join the Greens, a bid swiftly and firmly rejected, highlights the ideological gulf between Five Star and UKIP.

“How will Grillo’s anti-austerity stance hold up against Farage’s calls to tighten public spending when it comes to setting a coherent agenda? Ideologically they are polar opposites on almost everything. Even if Farage manages to re-form the EFD it will be a very different entity.”

This could include the currently unaffiliated Sweden Democrats and Poland’s Kongres Nasional Polska, who bring a total of just six MEPs. With Five Star joining them, the EFD would need two MEPs from two countries.

Pieter Cleppe, of think tank Open Europe’s Brussels office, said, “I wouldn’t write them off completely but it’s going to be very close whether they make it or not.”

But without Grillo’s seats, the EFD will get less funding, less committee chairs and less influence. If they join, the Five Star Movement would provide considerable momentum by virtue of their number of seats and leave Farage in a much stronger position.

If they are unable to reform the EFD, UKIP will lose considerable funding and influence and frontman Farage’s opportunities for public exposure in the Parliament will be significantly reduced.

Despite trouncing the Tories, who suffered their lowest ever placing in a national election, UKIP’s triumph could actually strengthen the UK Conservative-led ECR, who now look set to become the Parliament’s third largest group. The ECR are now expected to reach potentially 67 seats, making them the third largest group. If UKIP get 55 seats, they will match the ECR’s current size.

Parties have moved to the ECR’s more moderate reformist stance or to Le Pen’s more extreme position, leaving UKIP potentially isolated.  There is “no chance” of UKIP joining the ECR and it has ruled out joining Le Pen.

The EFD will face practical difficulties in forming a cohesive group, according to Labour MEP Richard Corbett.

Discussing the new anti-EU parties, he said, “Some are ultra-libertarians and don’t like the fact that the single market has rules to protect consumers, the environment, etc. Others criticise it from an anti-capitalistic left perspective, others from a national sovereignty perspective or have a particular gripe about the European Union. So they are not going to be a very cohesive force.

“Even if you take those that have a very similar ideology on the right and far-right, for tactical reasons they have all been positioning themselves as more moderate than the other lot […] so, it’s hard for them to come together after the elections having made those promises. The one thing they have in common anyway is that they all hate foreigners so working together doesn’t come naturally to them.”