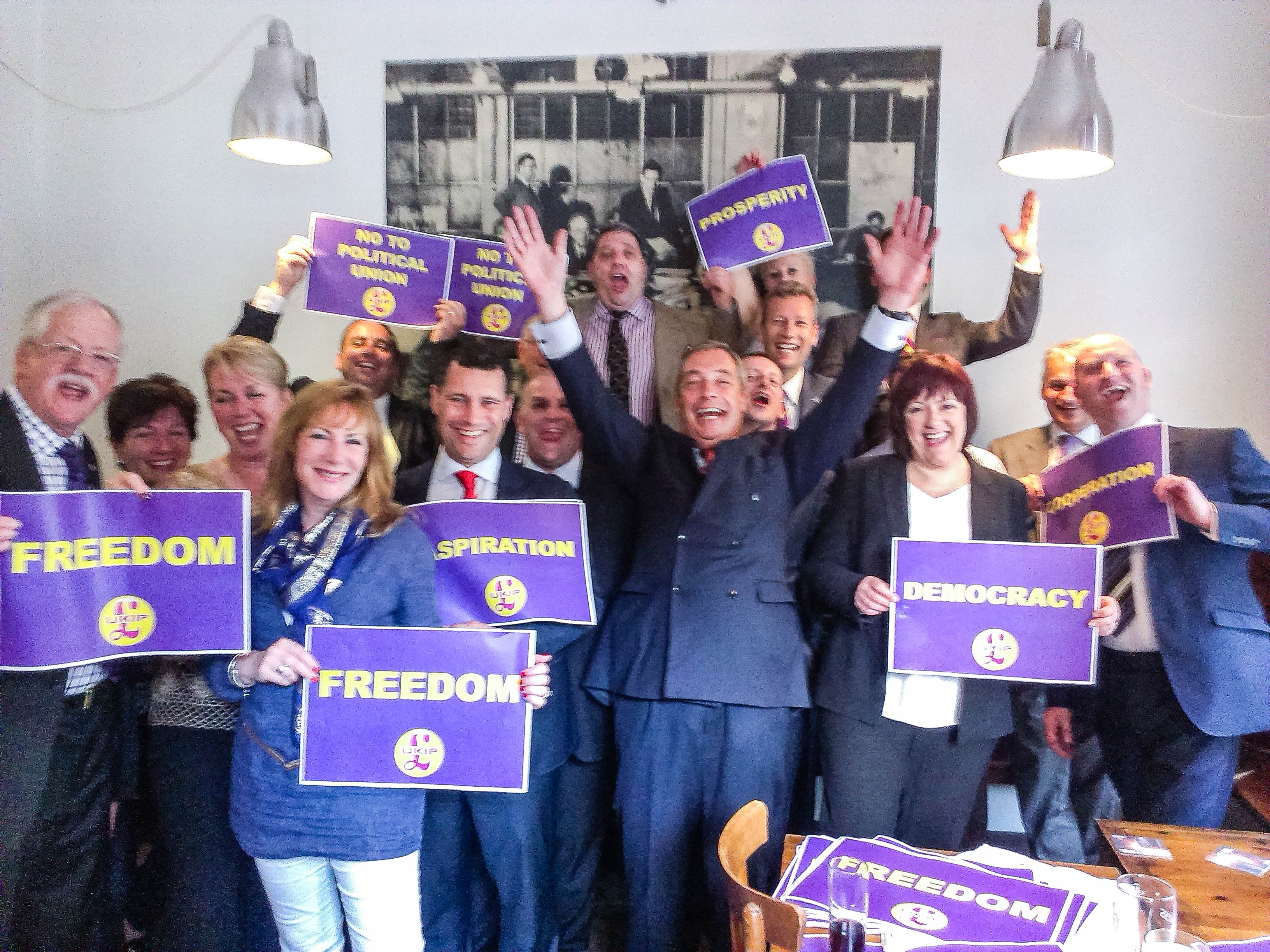 Nigel Farage’s Europe of Freedom and Democracy Group was hit Tuesday night (10 June) by reports that Lithuania’s Order and Justice Party had followed Italy’s Lega Nord in defecting to Marine Le Pen’s alliance of far right parties, as the UKIP leader told EURACTIV he would ditch his European Parliament seat if elected to Britain’s House of Commons next year.

Farage, the Chairman of the Europe of Freedom and Democracy Group, and other nationally elected senior UKIP MEPs would be replaced by the next candidates on the party’s lists without another vote, he said. The European Parliament’s rules of procedure forbid members from holding seats in their national parliament and the European assembly at the same time.

The loss of Farage in May 2015 would hurt the group, which is currently reeling from a wave of desertions. EFD members have either joined Le Pen’s group, or the UK Tory-led European Conservatives and Reformists.

The EFD is increasingly dependent on Beppe Grillo’s Five Star Movement for its political future (here). Five Star are expected to vote on EFD membership this week. UKIP sources were confident of making an announcement on Friday or Monday.

An EFD spokesman today denied that the Order and Justice Party would be moving to Le Pen’s group. He said, “EFD Group formation is going very well this week. We are very confident of having the required signatures next week and those who don’t want to have a moderate Eurosceptic group will be in for a big surprise.”

The spokesman said that the EFD had spoken to the Lithuanians and Dutch MEP Bas Belder, rumoured to be moving to the ECR, and both would be staying. “All the rest is speculation and spin,” he added.

If Belder does leave the EFD, he will follow the Danish People’s Party and Finns Party, who quit the EFD to join the UK Conservative led ECR (more here and here).

Poland’s Kongres Nowej Prawicy were also reported to be joining Le Pen, taking the number of parties in her group to seven and the number of MEPs to 44. It will qualify for EU funding of about €22 million, excluding MEP salaries and expenses. With those taken into account, the taxpayer’s bill is close to €50 million (see here).

The far right alliance, including Le Pen’s Front National,  Lega Nord, the Netherlands’ Freedom Party, Belgium’s Vlaams Belang, the Freedom Party of Austria and the Lithuanian and Polish new arrivals, has reduced the pool of unattached parties and MEPs that the EFD needs to reform its own group.

Without Five Star’s 17 MEPs, the EFD could potentially cobble together enough parties to reform but it would be a much weaker and less influential force. UKIP has 24 MEPs.

Bad news for #ep2014: French far-right Marine Le Pen seems to have managed an own group at #EU-Parl. http://t.co/1a2a5bs3ul Via @beaudonnet

Farage’s admission he and any other nationally-elected MEPs would quit Brussels and Strasbourg for Westminster in May’s General Election throws the future of the group, and its levels of publicity and influence, further into question. A replacement chairman would have to be selected.

“There’d be no need for another election. The seat would simply go to the next person on the list,” he said.

UKIP sources said they expected to win between five and six national seats in the poll, as they seek to build on their local and European success.

Farage’s approach stands in contrast to Dutch Freedom Party leader Geert Wilders, a member of Le Pen’s group. Wilders has decided to take up a seat in the European Parliament despite a ban on serving in two parliaments simultaneously (here).

Since Dutch rules do not prohibit such double mandates, the electoral commission is powerless to prevent Wilders from taking his seat in the European Parliament while keeping the one he already holds in the national parliament in The Hague.

Wilders, whose Freedom Party won four seats in European Parliamentary elections last month, said last week he would attempt to file a lawsuit at the European Court of Justice seeking a court ruling to overturn the regulation.

The centrist liberal groups could got 59 seats, Green parties 52 and the right-wing Conservatives and Reformist group, 46.

The big question mark relates to the 41 Non-attached MEPs and the 60 “other” MEPs who do not yet belong to any political grouping. Most of those belong to populist and extremist parties hostile to European integration.

0 responses to “Farage will quit Brussels for Westminster, EFD group hit by defections”