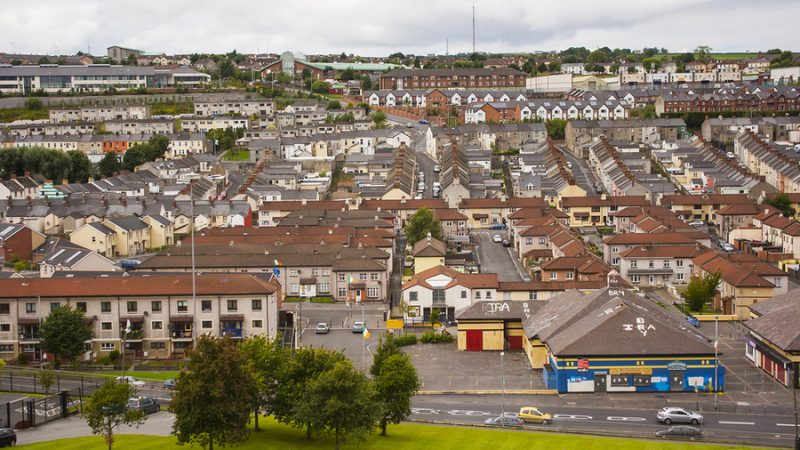 In the Bogside neighbourhood where "Bloody Sunday" took place, murals on every street corner recall the painful past that residents also recount daily to visitors. Photo: Shutterstock, Mick Harper

Fifty years after “Bloody Sunday”, Northern Ireland this weekend commemorates one of the most painful episodes during more than three decades of violence between Catholic nationalists and Protestant unionists.

“It’s a major milestone in the journey we have travelled for all these years,” said John Kelly, whose brother Michael was shot dead by British paratroopers during the January 30, 1972 rights march in Londonderry or Derry as nationalists call it.

On Sunday, Kelly will march as he did with his brother half a century ago before he was killed at the age of 17. Thirteen people died at the shooting and one more afterwards.

Kelly remembered his brother as “quiet, full of life”.

“He was a bit of a joker,” he added but said he respected his parents and had asked them for permission to join the civil rights demonstration on that fateful day.

The day’s events were one of the most dramatic episodes of the “Troubles” over British rule in Northern Ireland.

On one side were nationalists in favour of reuniting Ireland and on the other unionists who wanted to remain part of the United Kingdom.

The conflict claimed some 3,500 lives and largely ended in 1998 with the Good Friday peace deal.

UK Prime Minister Boris Johnson on Wednesday called “Bloody Sunday” a “tragic day in our history” and “one of the darkest days of the Troubles”.

Fifty years ago, the British army wrongly stated that paratroopers had first been fired upon by “terrorists” from the Irish Republican Army (IRA).

It was not until an official inquiry concluded in 2010 that the truth emerged: the demonstrators were unarmed, and some were shot in the back, or while on the ground, or while waving white handkerchiefs.

“I’m so proud that we got here,” she said, adding that the tragedy was “covered up, lies, distortions, delays, outright lies”.

Former Catholic priest Denis Bradley, who witnessed the bloodshed and gave prayers for the dying, said the killings sent many young Catholics into the arms of the IRA.

One of them was Tony Doherty, who was just nine when his father was killed by a British paratrooper’s bullet in his back.

“The massacre was completely unjustifiable, the judicial process afterwards added travesty to tragedy, and had a long term effect on people like myself growing up in Derry at the time,” he said.

The angry youth ended up planting a bomb at the age of 18. The device did not explode, but Doherty was sent to prison from 1981-85.

In recent months, the fallout from the UK’s departure from the European Union has underlined the fragility of the delicate balance created by the 1998 peace deal.

Port checks introduced to avoid creating a “hard” border between Northern Ireland and Ireland have upset unionists who see them as a threat to the province’s status within the UK.

Anger spilt over into violence in April last year as hardcore unionists pelted police and nationalists with firebombs over several nights in the worst unrest seen in years.

Sinn Fein, which was once the political wing of the IRA, is heading for a possible victory over the once-dominant unionists.

In the Bogside neighbourhood where “Bloody Sunday” took place, murals on every street corner recall the painful past that residents also recount daily to visitors.

At the Free Derry Museum, John Kelly shows some teenage visitors a 7.62 mm calibre bullet like the one that killed his brother.

Outside, Tony Doherty’s brother Paul stands on the spot where their father was killed, recounting the events to visitors — “the real story from the people who were directly affected by this massacre”.

Relatives of those who died still dream of a peaceful and united Ireland.

“I hope to see it,” said Kelly. “This island’s too small to be actually partitioned.”