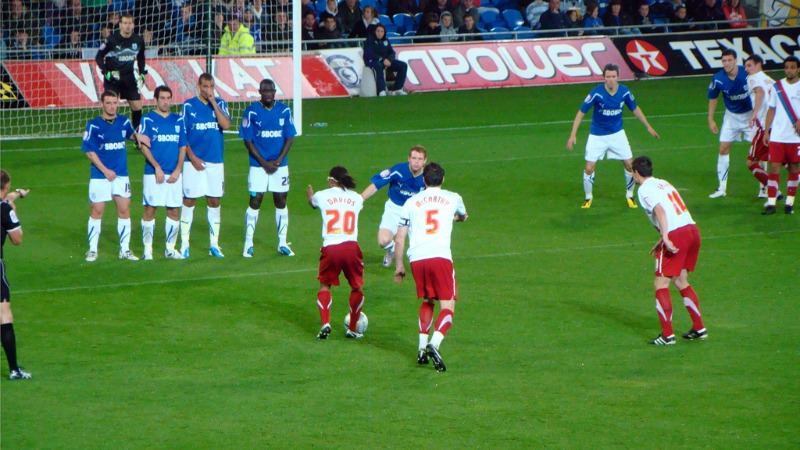 The possibility of Britain voting to leave the European Union in its 23 June referendum leaves the lucrative and globally popular English Premier League facing an uncertain future.

For some, Britain leaving the EU would have a positive impact, fully opening up the Premier League to the world whilst also enabling home-grown footballers to find their feet without competition from cheap European imports.

But for others, a Brexit would make it harder for English clubs to attract top European players, weakening the league and jeopardising its money-spinning commercial contracts.

West Ham United vice-chairman Karren Brady warned last year that “cutting ourselves off from Europe would have devastating consequences”.

Her fears relate to freedom of movement laws that currently enable English clubs to sign EU players without having to offer them work permits.

Non-EU players must satisfy criteria regarding how many international appearances they have made and how strong their national team is in order to be granted visas, although exemptions can be granted.

A study by The Guardian published in September showed that two thirds of Premier League players from the EU would not meet these criteria.

They include the Manchester United quartet of David de Gea, Morgan Schneiderlin, Juan Mata and Anthony Martial and the Chelsea defenders Kurt Zouma and Cesar Azpilicueta.

Fewer stars means less international appeal, potentially presenting rival championships such as Spain’s La Liga or Germany’s Bundesliga with an opportunity to muscle in on the Premier League’s commercial territory.

The Premier League has not publicly taken a stance on the referendum, but in a speech last October, executive vice-chairman Richard Scudamore said: “I believe we, in the UK, must be in Europe from a business perspective.”

England’s Football Association has also refused to comment, but as the protector of the English game, it would appear to have more to gain from a Brexit than the unapologetically internationalist Premier League.

Clubs would find it harder to fill their squads with European players, which could make it easier for British players to make their way in the game.

The FA is determined to arrest a slide in the number of England-eligible players playing in the Premier League, and has already introduced rules tightening up the visa application process for non-EU players.

“Rashford is only playing because of an injury crisis, but the problem with having so many EU players in the Premier League is that people like him usually wouldn’t be given a chance,” Harling told AFP.

“The academies aren’t able to push players on to full-time contracts because they find it cheaper to recruit an established player from overseas.”

While British players have traditionally been reluctant to play abroad, leaving the EU would also make it more difficult for stars like Gareth Bale, who left Tottenham Hotspur for Real Madrid in 2013, to move to the continent.

Freed from the requirement to distinguish between EU and non-EU players, the English top flight could become a truly global league, with leading players from South America, Africa and Asia just as likely to be signed as those from Belgium or France.

Some think it is likely, however, that the game’s governing bodies would push the government to mitigate the effect of a Brexit.

“I see there being a shift in the work permit rules, if indeed there is a Brexit, because the government is likely to want to maintain British clubs’ ability to sign the top European talent,” Daniel Lowen, partner at leading sports law firm Couchmans, told AFP.

“That may be through a watering down of the work permit rules generally or through specific exceptions to immigration rules for highly talented players.”