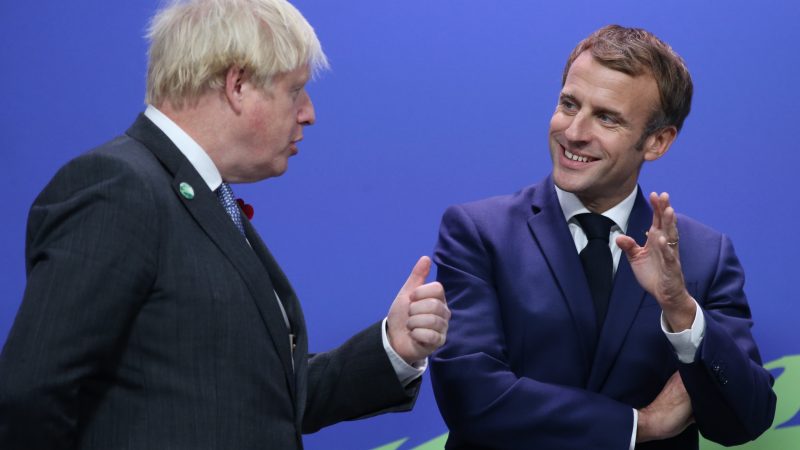 French President Emmanuel Macron said on Monday (1 November) he was postponing planned trade sanctions on Britain so that negotiators from both sides could work on new proposals to defuse their dispute over post-Brexit fishing rights.

France had earlier said that, starting from Tuesday (2 November), it would restrict cross-Channel trade, threatening to turn bickering over fish into a wider trade dispute between two of Europe’s biggest economies.

But Macron, who earlier on Monday met British Prime Minister Boris Johnson on the sidelines of the United Nations climate conference in Glasgow, told reporters the French plan was on hold pending the outcome of renewed talks.

“Since this afternoon, discussions have resumed on the basis of a proposal I made to Prime Minister (Boris) Johnson. The talks need to continue,” Macron told reporters.

“My understanding is that the British were going to come back to us tomorrow with other proposals. All that will be worked on. We’ll see where we are tomorrow at the end of the day, to see if things have really changed,” he said.

“My wish is that we can find a way out on all these issues.”

European Affairs Minister Clement Beaune said on his Twitter feed the trade sanctions would not be applied before a meeting with British Brexit minister David Frost in Paris on Thursday.

“We welcome France’s acknowledgement that in-depth discussions are needed to resolve the range of difficulties in the UK/EU relationship,” a UK government spokesperson said in a statement.

Earlier on Monday, Britain gave France 48 hours to back down from the threat of sanctions or face legal action under the Brexit trade deal. 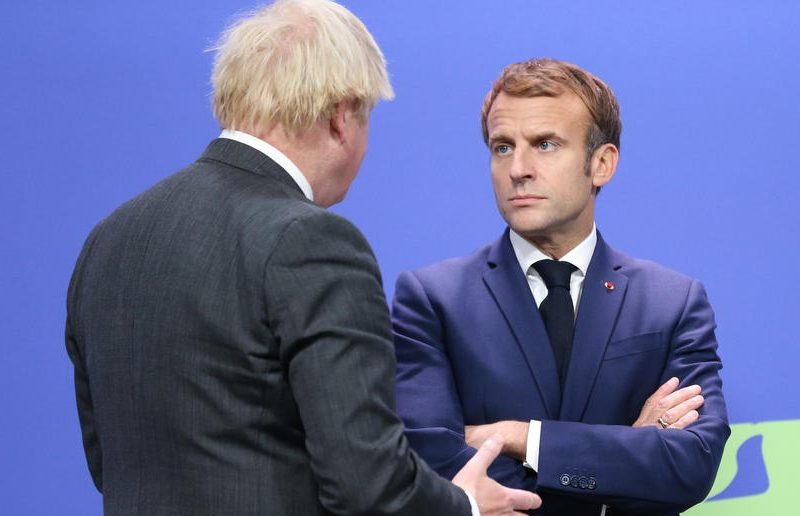 UK vows action if French 'don't back down' in fishing row

Threats on both sides

The measures threatened by France include increased border and sanitary checks on goods from Britain and banning British vessels from some French ports, steps that have the potential to snarl cross-Channel trade.

“The French have made completely unreasonable threats, including to the Channel Islands and to our fishing industry, and they need to withdraw those threats or else we will use the mechanisms of our trade agreement with the EU to take action,” British Foreign Secretary Liz Truss told Sky News.

Britain and France have squabbled for decades over access to the rich fishing grounds around their Channel coasts.

The fishing issue dogged the negotiations that led to Britain’s exit from the European Union, not because of its economic importance – it is scant – but rather its political significance.

Re-asserting Britain’s control over its fishing grounds was a central plank of the case for Brexit that Johnson presented to British voters. Macron, meanwhile, faces re-election next year and needs to be seen standing up for his nation’s trawler crews, a vocal political constituency.

The latest row erupted in September after Paris accused London of failing to allocate enough post-Brexit licences to French boats to fish in the zone 6-12 nautical miles from UK shores.

Britain says it is issuing licences to vessels that can prove they have previously fished in its waters – a central demand from British fishermen who fear French boats could wipe out their own profits.

On Monday afternoon, anticipating a new ratcheting-up of tensions once the French deadline expired, fishing crews from both France and Britain were staying out of each other’s waters, according to marine traffic tracking data and a French industry representative.

Macron said he had “confidence in British Prime Minister Boris Johnson to take seriously” the French proposals and for the discussions to lead to a “result”.

“For 10 months the results have been too slow, if this new method allows us to have a result, I hope we will give it a chance,” he said.

There was no outward sign of tension as Johnson welcomed Macron to the COP26 climate summit, with the two leaders smiling and chatting for several minutes

But in Brussels, officials scrambled behind the scenes to head off a showdown by hosting a meeting of representatives from France, Britain and the Channel islands to try to defuse the row.

The head of the regional fisheries committee of France’s northern Hauts-de-France region, Olivier Lepretre said on Monday he feared that fishermen would be turned back from British waters “over the slightest issue.”

If provoked, he said, French fishermen, who have staged protests in Channel ports in recent months, would “show some muscle” and carry out further action.

France says that dozens of French fishermen are waiting for licences to ply waters between six and 12 miles from British shores, and in particular around Jersey.

After talks with Johnson on the sidelines of a G20 summit in Rome on Sunday, Macron said the two leaders had agreed to work on “practical and operational measures” but insisted: “The ball is in Britain’s court.” 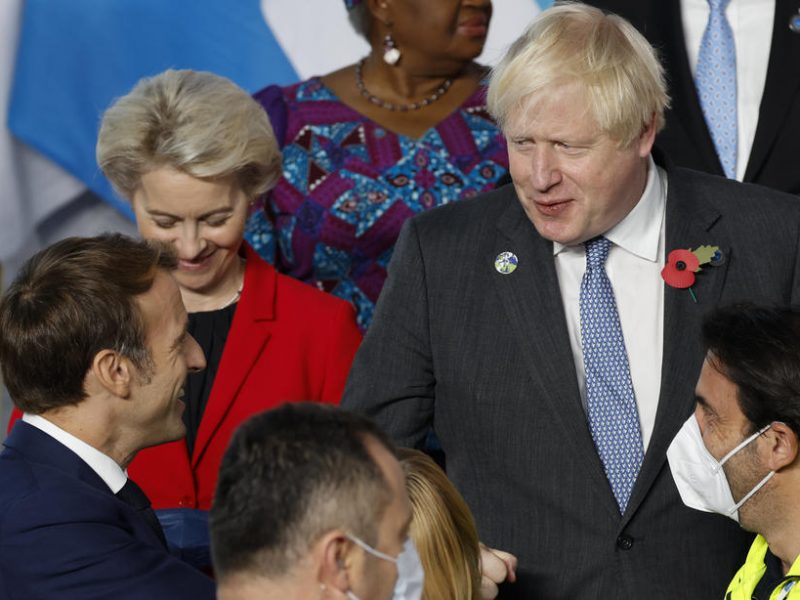