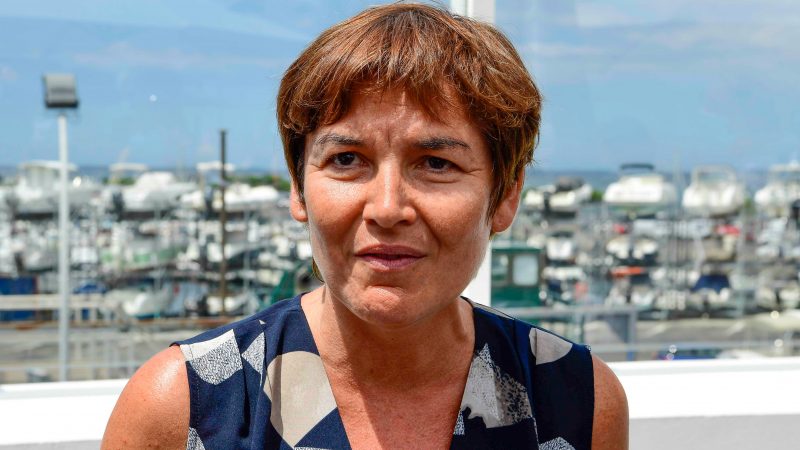 The French government called Friday (23 April) for a quick implementation of a post-Brexit accord on mutual access to fishing waters, after French fishermen blocked trucks trying to bring in catches from Britain overnight.

“We’re acting within the spirit of European solidarity and cooperation with the UK, but the urgency demands an acceleration of our collective efforts,” Europe Minister Clément Beaune and Maritime Minister Annick Girardin said in a statement.

More than a hundred fisherman launched the blockade late Thursday at Boulogne-sur-Mer, France’s busiest fishing hub, to protest a “sham” deal on access in place since Britain left the EU on 1 January.

Despite a provisional trade accord, they say UK authorities have granted licences to only 22 of the 120 French boats seeking permission to fish between six and 12 nautical miles from the British coast.

“A full granting of access licenses for British waters, and a quick resolution of crucial questions including the use of forward bases, must be resolved as soon as possible,” the French ministers said.

Along with access to UK waters, the accord calls for French boats to be able to unload their catches at British ports so they can then be brought quickly to France by truck.

The European Parliament is to vote Tuesday on ratifying the EU-UK trade and cooperation agreement (TCA) that defines post-Brexit relations with Britain.

“It’s not enough to have a nice letter — we need action,” said Olivier Leprêtre, head of the regional fishing committee, in response to the French ministers’ statement.

“For now it’s impossible to unload fish at English ports,” he said, saying French boats are instead having to unload catches from British waters in Denmark.

Leprêtre acknowledged that “very, very few” drivers tried to get past the blockade, just outside a checkpoint where trucks arriving from Britain at nearby Dunkirk or Calais must now undergo hygiene checks.

Most had advance warning and chose to unload their fish deliveries elsewhere, while several British-flagged Dutch ships also avoided the Boulogne fish market and instead headed to Belgium.