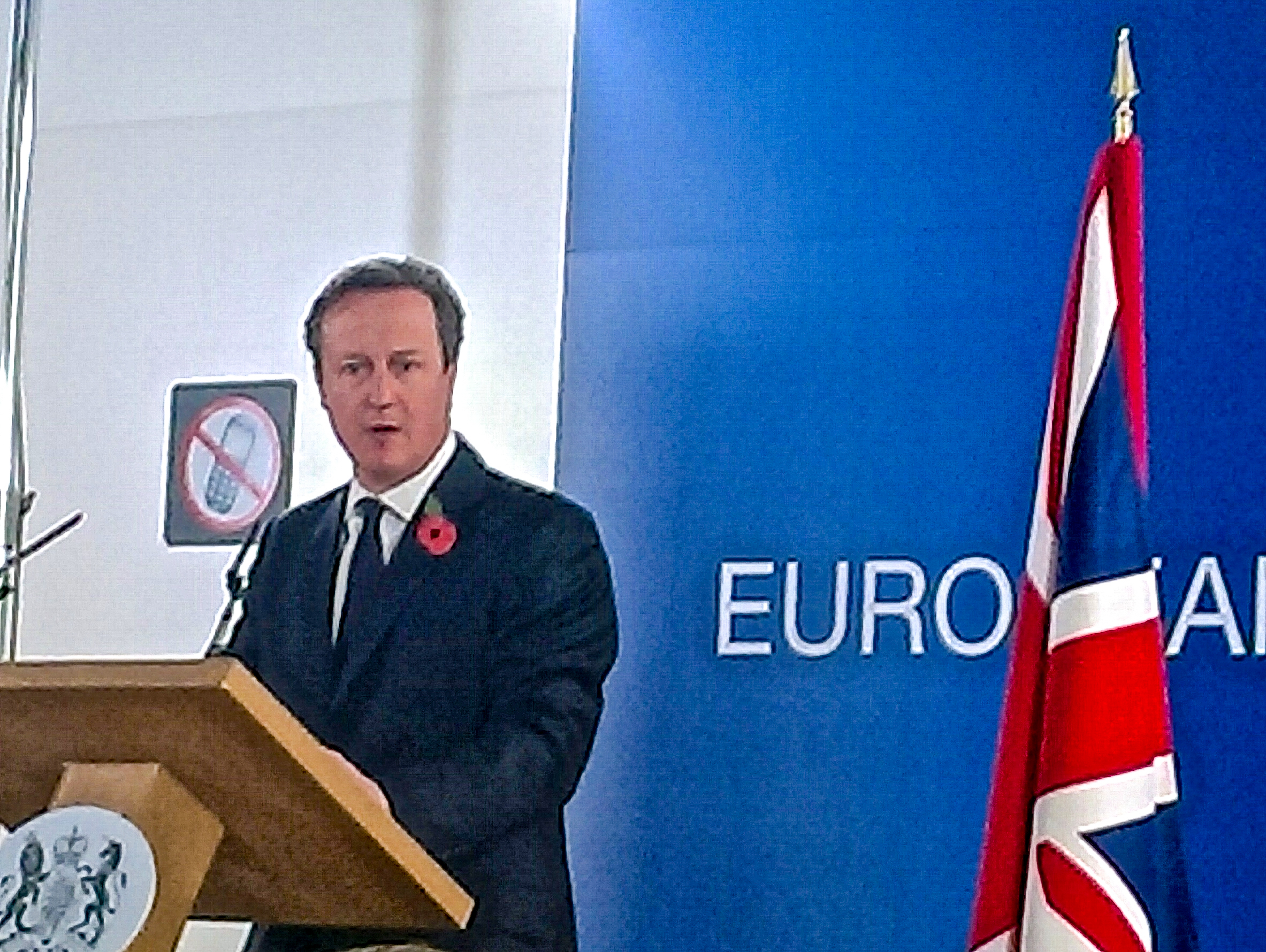 A furious David Cameron today (24 October) vowed the United Kingdom would not pay the €2.1 billion bill it was handed by the European Union last night.

The British Prime Minister branded the demand for a top-up to the UK’s contribution to the EU budget “an appalling way to behave”, which “certainly didn’t help make a strong case for Britain to remain in the EU.”

But he also said that preventing binding targets at national level on energy efficiency and renewables, and securing €1 billion euros in aid for Ebola-hit African counties, proved that the UK could “lead and win in Europe”.

The European Commission has begun a revision of EU budget shares. Because of the relative strength of its economy to the rest of the EU, the UK has by far the largest payment, due on 1 December.

“I am not paying that bill on the 1 December,” Cameron told a packed press conference in Brussels, “If people think I am, then they have another thing coming.”

The €2.1 billion is equal to a fifth of the UK’s annual transfer to Brussels. Other countries, such as Germany, and France – which has struggled to balance its budgets – will get rebates under the plans.

In a possible swipe at France, Cameron said, “There are threats to the British economy from slow growth in Europe. Countries need to make structural reforms we made.”

An emergency meeting of EU finance ministers will be held to discuss the bill. The row today led the British news agenda, just weeks before a high profile by-election that will be scrutinised for evidence of rising Euroscepticism.

“We will challenge this in every way possible,” he said. “We are (a) leading member of this association [the EU], and you do not join an organisation that hits you with a bill in this way,” he blasted.

While other countries, such as the Netherlands, were also hit by demands for payment, the UK’s proposed contribution is by far the largest.

Cameron forced the issue onto the agenda of today’s summit on the economy. He said that Italian Prime Minister Matteo Renzi had, with other leaders, backed him.

“He [Renzi] said it wasn’t a figure but a lethal weapon,” said Cameron, who repeatedly thumped on his lectern to make his point.

According to Cameron, Renzi went on to say it was precisely things like this that leads people to think the EU was “stuffed with people with no heart or soul.”

Cameron said he was supported by the Italian, Dutch, Maltese, Greek “and other” leaders in the fight against the budget share revision.

“According to the Commission, this is an estimate, and not the final figure. We need to make sure that the Commission starts answering questions,” he said.

“But it has never been the case that a €2 billion euro bill has suddenly been presented like this. It’s an appalling way to behave. I’m not paying that bill. It’s not going to happen,” he added.

Asked about the issue at the press conference yesterday night, Commission President Jose Manuel Barroso said he knew nothing.

During today’s press conference of the UK Prime Minister, it emerged that the UK Treasury had heard about the demand before Cameron, who only found out about it last night. The demand was then leaked to the Financial Times.

One reporter asked if the story was a gift to the UK Independence Party, as voters prepare for the by-election sparked by Conservative MP Mark Reckless’ defection to UKIP.

Cameron said it didn’t help the argument for British membership before pointing to the decisions on Ebola and the EU 2030 Climate and Energy targets. He said he remained in favour of the UK staying in a reformed EU.

A victory for UKIP will up pressure on Cameron to toughen his stance on the EU in the run-up to next year’s general election in May. The Tory leader has promised a referendum on the UK’s EU membership in 2017, if the Conservatives are elected.

The UK national elections will be held next year in May. David Cameron has promised a referendum on the UK’s EU membership in 2017, if the Conservatives are elected.