Since the Brexit referendum in June 2016, German economic growth has lost 0.2 percentage points every year, meaning it has seen a 0.8% growth loss since Brexit was announced, according to the German Institute for Economic Research.   [Sean Pavone/ Shutterstock]

German businesses are nonplussed with the new Brexit extension, thanks to the uncertainty it preserves. But export forecasts are nonetheless seeing an increase, something which has more to do with Donald Trump than with the UK’s pending EU exit. EURACTIV Germany reports.

In response, the head of the German Chambers of Industry and Commerce, Eric Schweitzer, said that such extensions must now come to an end.

“The long back and forth in the Brexit talks has already had a strong negative impact on economic relations between Germany and the United Kingdom in recent years,” Schweitzer said.

Since the 2016 referendum, the UK has dropped from fifth to seventh place in the ranking of Germany’s most important trading partners. The longer Brexit is delayed, the worse business will be, according to Schweitzer.

Essentially, another Brexit extension means even more uncertainty for businesses.

Figures from the ifo Institute show that this is only true to a limited extent though. In its monthly survey of 2,200 industrial companies, the institute found that German export forecasts have risen significantly despite the ‘confusion’ that surrounds Brexit.

In September, they were still at -5.3 balance points, while they rose to -1.2 points in October. This had “significantly brightened” the confidence among German companies, despite figures still being in the negative.

The reason for this, however, lies less in the hope of a solution to Brexit than in the current ceasefire in the US-China trade war, Klaus Wohlrabe, the deputy head of the ifo Centre for Macroeconomics, told EURACTIV.

“The economy has not necessarily become more optimistic about Brexit. It is rather the case that pessimism has slightly diminished,” he added. The latest extension would be met with a shrug by companies because of the continued uncertainty.

“Especially for companies that trade a lot with the UK, the problem is that they don’t just need a Plan A for a ‘hard’ Brexit. With the various options still on the table, they also need a plan B and C,” Wohlrabe added.

All in all, Brexit has a noticeable impact on the mood of companies. According to Wohlrabe, investments by German companies in the B2B sector, in particular, have already fallen significantly this year. 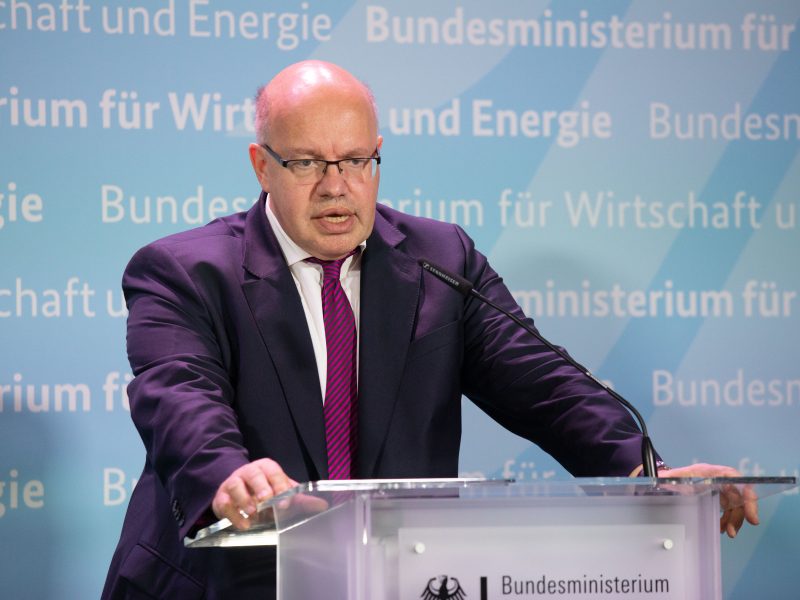 This month, the German Institute for Economic Research calculated what this means in real terms.

Since the Brexit vote, Germany’s economic growth has lost 0.2 percentage points every year, meaning it has seen a 0.8% growth loss since Brexit was announced, according to the institute.

If a hard Brexit were to occur, researchers expect Germany’s growth rate to fall by 0.4% next year. But the effect of a potential hard Brexit would subside slightly by 2021.

In the case of a no-deal Brexit, Germany would have to prepare itself for income losses of around €10 billion per year. And if the withdrawal agreement were to be signed, these losses could be halved and reach €5 billion, according to the research institute.

Every year, Germany exports goods worth about €80 billion to the British Isles, and it is estimated that around 750,000 jobs in Germany depend on economic relations with the UK.

The President of the Confederation of German Employers’ Associations (BDA), Holger Bingmann, told the Rheinische Post last week that what the Brits were expecting of their European partners was “incomprehensible”.

“The companies on both sides of the Channel are still in a state of limbo as they still do not know when and how they will have to shape their customs and trade processes in the future,” Bingmann added.