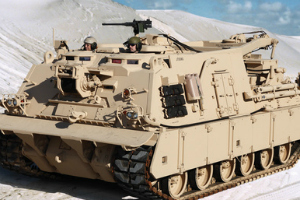 Europe's two biggest aerospace companies will go back to the drawing board to find new strategies after Germany stymied the world's biggest arms and aviation company merger.

Britain's BAE Systems, which earns nearly half its revenue selling arms to the Pentagon, could end up a takeover target after failing to seal its €35 billion deal with the Franco-German maker of Airbus civilian jets, EADS.

Politically, the deal's failure may hurt British Prime Minister David Cameron, who failed to persuade Germany's Angela Merkel to allow the merger and now faces uncertainty over the future of his country's most important engineering firm.

EADS shareholders mainly expressed relief at the collapse of the deal, fearing for their investment in a successful civilian planemaker as it ventured into a declining defence market.

The merger's failure is, however, a setback for EADS boss Tom Enders, who had hoped the merger would dilute the political control that Berlin and Paris exert over his firm.

Britain and France both backed the planned merger, but Germany never warmed to it, despite the companies saying they were prepared to pledge to keep jobs there, allow Berlin to hold a big stake and meet other conditions.

"We started asking ourselves, 'Does this deal really make sense?'" one senior German official said. "The market went down, investors were against it, the synergies were unclear, as was US market access with the big state shareholdings."

BAE, a private company which enjoys privileged access to Pentagon contracts, would have needed Germany and France to limit their control of the combined firm to avoid alienating Washington which does not want foreign states exerting influence over its defence contractors.

"We had clear red lines that we were not willing to go beyond, relative to engagement and involvement of governments," BAE chief executive Ian King said. "If that was going to impinge on our ability to commercially run this new merged organisation, and support and develop our existing business, then we wouldn't go to that point, and that is where we are today."

Ultimately, German officials said, the parties were unable to resolve the shareholding issue to everyone's satisfaction. Paris wanted to retain the option of going up to 13.5% by buying a stake held by French firm Lagardere at a later date. German officials insisted they be able to follow suit.

The British wanted a cap of 10% each, concerned that the Germans and French could approach a blocking minority if they went above that level.

Still, the companies believed they could have bridged the differences if Germany was more willing to negotiate.

"France and the UK agreed that Germany have the same stakeholding as France in the merged group. Separately, vast guarantees were given regarding safeguarding national security interests, sites, jobs. The topic of headquarters was being discussed very emotionally, but not an issue big enough to let the deal fail," a source close to the transaction said.

The merger would have created a group employing nearly a quarter of a million people that could better compete with US rival Boeing.

Asked whether BAE management felt under pressure as a result of the stormy investor reaction followed by the collapse of the plans, King said: "Certainly not. No more than usual".

Britain backed the deal and has largely supported BAE's case that French and German influence would have to be limited to make the deal work, especially given BAE's vast US business.

"Our view is that for this company as a merged entity to have been successful, it would have needed to be able to operate as a commercial company free of undue control or influence by any single government and that's something that the company evidently has decided it is not able to achieve," British Defence Secretary Philip Hammond said.

Britain's BAE Systems and Airbus-owner EADS announced on 12 September that they were in advanced talks to create an industry giant that would overtake rival Boeing in sales and contend with defence cutbacks in Europe and the United States.

The merger would have created an entity with more balanced commercial and military operations but also fraught with political complexities as EADS is under joint French and German control and BAE has military contracts with key partners such as the United States.