Both sides of the Brexit negotiating table have been accused of underestimating the Herculean task at hand. [MattTempest/ Flickr]

He was speaking at a panel discussion of some 80 business leaders and politicians in the week that negotiators from London and Brussels finally formally met for the first time to hammer out the terms of the UK’s exit.

Instead of increasing the Conservatives’ slender majority, May lost overall control of parliament and was forced to go into coalition with the hardline Northern Irish Democratic Unionist Party.

That ‘confidence and supply’ deal itself took a further two weeks to negotiate, prompting representatives from British business and the European Parliament to warn at the event that the focus now must be on agreeing some form of transitional deal.

That would prevent the UK from crashing out of the EU in March 2019 and reverting to World Trade Organisation baselines on tariff and customs.

Haeusgen, who represents some 3,000 plus manufacturers from Germany’s world-beating ‘Mittelstand’ sector of precision engineering and manufacturing companies, said his members were worried about common standards, which had taken decades to agree.

He said: “I think really people on both sides underestimate the effects of such a large economy leaving the EU – and building up new protectionist frontiers between the rest of the EU and the UK.

“And there will be very, very detailed consequences on the people and I would like to make clear those negative consequences.”

“Think about machines. We [Germany] build big excavators, there are regulations that regulate safety rules – and it took decades to make those rules common rules in Europe, so that when you run an excavator you can be sure and safe what it does.

“So now when we have the UK going a different way from the EU, which regulations count? Will EU regulations still count in the UK, yes or no? Will there be different regulations, and how is this going to be handled? There is an enormous bureaucracy behind that and if the UK wants to build their own bureaucracy, it will be bad for all of us.”

At the heart, agreed all panelists, was widespread confusion between the single market, the customs union, tariffs, and the wider European Economic Area.

The vast gap between those economic ‘minnows’ and the UK – still the world’s fifth largest economy according to the International Monetary Fund – showed the unprecedented nature of the current negotiations on disentangling Britain from 44 years membership of the bloc.

Glenn Vaughan, chief executive of the British Board of Commerce in Belgium, warned the talks would be so complex that it was now vital to focus on the immediate, short-term, deadline of March 2019, and what crashing out of the EU with no deal would mean. 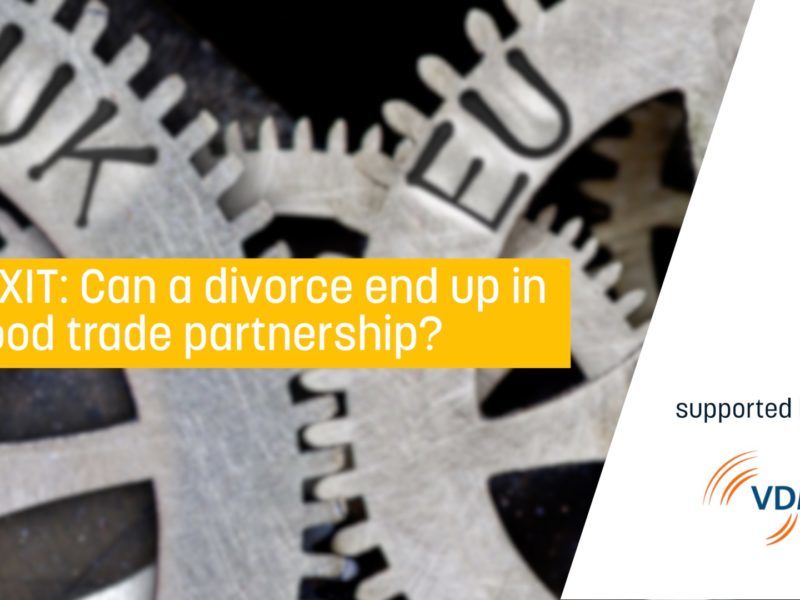 Vaughan, whose members by a vast majority favoured a ‘Remain’ vote at last year’s referendum, warned that with initial talks focusing on a Brexit divorce bill, the rights of EU and UK citizens abroad, and Northern Ireland, chances of getting a full Free Trade Agreement nailed down by March 2019 “cannot be possible.”

“So we need to focus on what can be done between now and let’s say the autumn of 2018 and what do we need to do prepare for that.

“I think we’ve talked a lot about comprehensive, complex FTA and customs arrangements – fine, okay. But actually that cannot possibly be negotiated between now and September 2018. What is possible to do is make the preparations for what will have to happen by March 2019.”

That point was echoed by Belgian academic Andrew Sapir, a senior fellow at the Breugel think tank.

He warned: “The negotiations have just started – they are supposed to be over in two years’ time, but in reality, in a little over one year.

“So far there’s been a lot of focus on budgetary issues, which I think are fairly irrelevant (although one may be talking of some real money.)

“Some are talking about having no deal at the end of the discussion, which would mean that the relationship between the UK and the EU would be on a purely WTO basis, others are talking of a much more ambitious deal and whether than can be done during the period of negotiations, or whether we would need an extra period of ‘transition’.

But despite the daunting complexities, Vaughan held out a note of optimism: “”We are all still together in Europe. We have hugely integrated economies, we are close cousins in the way we think and feel, that’s what makes it special. That is the basis of a strong and special relationship in the future. So we have straightforwardly common interests.”

The United Kingsom said it will maintain duty-free access to its markets once it has left the European Union for goods from nearly 50 developing countries including Bangladesh, Sierra Leone and Haiti.

The EURACTIV event, entitled “Brexit – can a bitter divorce end up in a good trade partnership?”, was held on 22 June, the evening of the first day of this month’s EU summit, where the 27 heads of government heard from May her proposal for EU citizens currently in the UK.

The chair of the European Parliament’s Greens and Free Liberal group, Belgian MEP Philippe Lamberts, made a dig at the “posturing” seen so far on both sides.

Earlier that week, British Brexit negotiator David Davis had met Michel Barnier, the Commission’s lead negotiator, for the first full talks – and immediately agreed to the timetable set down by Brussels.

Lamberts told the audience that “the priority of the negotiators right now should be to control damage, to limit the damage that will be done to both the EU 27, their citizens, their businesses and the UK and their businesses.

“Therefore I would urge the negotiators to restrain and refrain from posturing – and we’ve seen a lot of posturing in the UK, of course, but also on the continent, I’m not sure it’s very helpful.”

Since the UK’s inconclusive election, a number of senior European politicians have held out the hope that Britain might change its mind, with German Finance Minister Wolfgang Schäuble and French President Emmanuel Macron both saying the UK could reverse direction, and EU Council President Donald Tusk quoting John Lennon at the opening of the summit, saying he was “a dreamer” about the option.

Lamberts added his voice, saying: “Let’s get down to business, let’s try to negotiate a deal. But then I would say, as a democrat, let’s ask the British citizens if they are happy with this Brexit deal?

“They gave a mandate to their government to negotiate Brexit, now they must see the result and decide whether that result is what they want, or whether they prefer, possibly, the status quo.

“And if, just imagine, a second referendum would end up with a majority of the British citizens saying, all things considered, we would prefer the status quo to whatever outcome came out of the negotiations, the EU 27 should be gracious enough, and intelligent enough, to say ‘okay, fine, you are welcome to stay’.

“That is the ideal scenario. Can we get there? I don’t know. But nothing should be done during the negotiations that would make that scenario impossible.”