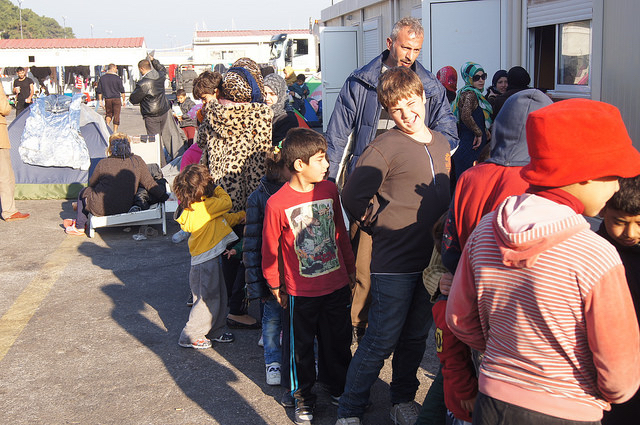 Pressure is building on EU leaders ahead of their next summit on 17-18 March.

For some politicians, the absence of a European response to the refugee crisis could have wider political implications.

Stelios Kouloglou, an MEP from the leftist Syriza party, believes the unfolding refugee crisis is tightly connected with the UK’s in-or-out referendum scheduled on 23 June.

“A non EU-wide solution [to the refugee crisis] could directly affect British citizens,” Kouloglou told EURACTIV. “If they see Europe collapsing and each member state following its own policy, Britons will have less reasons to remain in the EU,” he said in a telephone interview.

Greece is at risk of becoming one giant refugee hotspot. The closure of its northern border and the continued influx of refugees from Turkey has placed Athens in a critical situation. EURACTIV’s partner La Tribune reports.

Although not publicly admitted, this scenario is being taken into consideration by European leaders, he claimed.

“Merkel and Juncker think about it because there is a fear that if the situation in Greece gets out of control and the EU does not come up with a common policy for the refugee crisis, this will turn the British away.”

If Greece is ultimately left isolated to tackle the refugee crisis, then this “would widen the distance between the British and the EU,” Kouloglou said.

Thousands of refugees and migrants are finding themselves blocked on Greek territory after the closure of the Balkan route. According to the latest estimates, there are 44,035 people currently trapped in Greece, with more continuing to arrive from Turkey each day.