Guess who’s coming for dinner? Theresa May in Brussels today 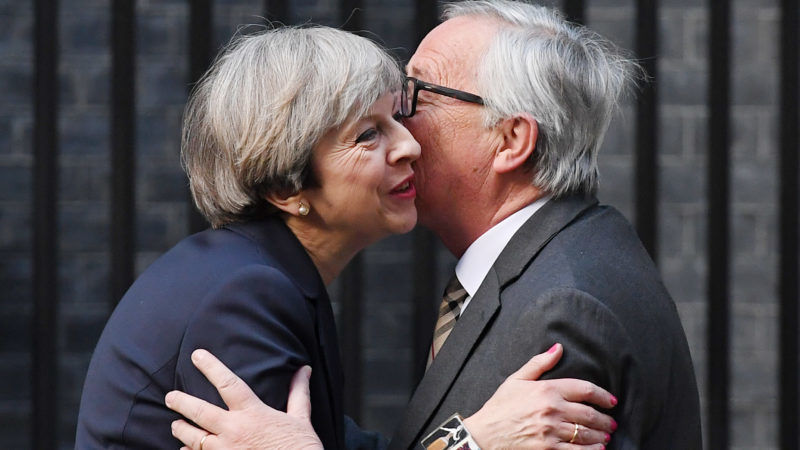 UK Prime Minister Theresa May travels to Brussels on Monday (16 October) for talks with Commission boss Jean-Claude Juncker after deadlock in Brexit talks appeared to dash British hopes that a summit later in the week could launch negotiations on future trade ties.

May’s office said the meeting was long planned but gave no details on it. The dinner was not on Juncker’s agenda published on Friday, however, and EU officials said it had also not been on the schedule for Brexit negotiator Michel Barnier, who will be at the dinner along with British counterpart David Davis.

After talks with Davis last week, Barnier said negotiations were deadlocked, notably over London’s refusal to detail what it was offering to pay Brussels after May tried to revive the talks last month by promising Britain would honour its EU commitments.

As a result, Barnier told EU leaders not to launch the talks on a future relationship that May has demanded. As time ticks down to withdrawal in March 2019, concern is rising across Europe that the process may collapse.

In response to suggestions from Barnier, EU governments have agreed, however, that the summit on Thursday and Friday should give him a green light to explore a possible post-Brexit transition period – although only in internal discussions within the EU, not with the British negotiators themselves. 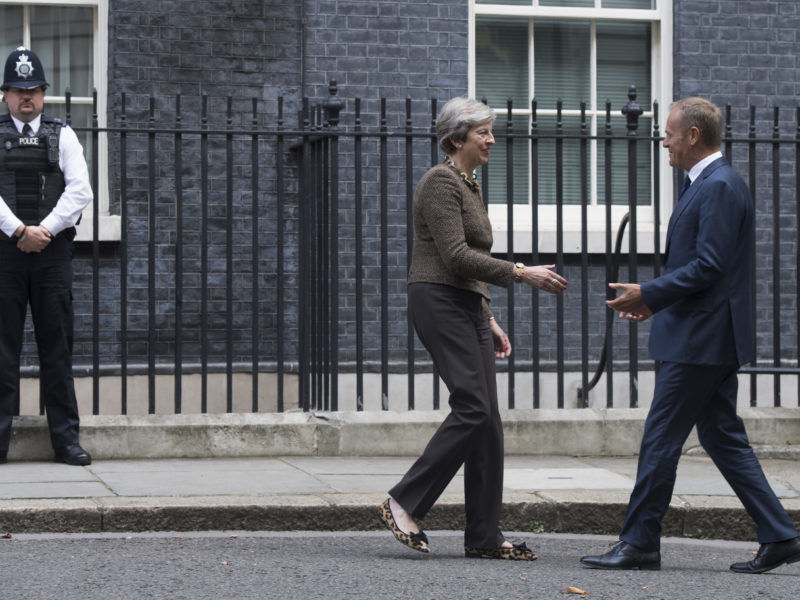 Even that has run into resistance, notably from heavyweights Germany and France. They insist further progress in the British divorce package is required for any such gesture to be made to May, who is struggling to unite her own government behind her plan to reach a deal on a two-year transition during which Britain could stay in the single market and customs union.

A statement by the 27 other EU states, planned for Friday when their leaders will meet after May has left, is being redrafted to harden the conditions under which Barnier will be allowed to explore the options for the transition.

Aside from the money, where Juncker has said Britain may owe something like €60 billion, the EU says there has not been “sufficient progress” on two other critical divorce issues – the rights of expatriate citizens and how to avoid a new EU-UK border disrupting a fragile peace in Northern Ireland.

Without meeting those three tests, the Union says there can be no opening of talks on what happens after 29 March 2019. The leaders have been expected to say they hope that they can launch that second phase of talks after their next summit in December.

With time running short, and hardline pro-Brexit ministers urging May to be prepared to walk out without reaching a deal to limit the legal uncertainties of withdrawal, continental governments have stepped up planning for a collapse in talks.

Business leaders on both sides of the English Channel have said that without clarity by the new year, they will increasingly have to take investment decisions to reflect uncertainty over British access to EU markets.

On Friday, May’s spokeswoman said there would be “more to say” on Britain’s financial offer at the summit on Thursday.

The dinner will involve only May, Juncker, Davis, Barnier and one other official from either side. After a similar meeting at 10 Downing Street in late April, leaked accounts of Juncker’s “shock” at unrealistic British expectations irritated May.

Her office also said she spoke to German Chancellor Angela Merkel on Sunday and the two agreed the need for continued constructive progress in the exit talks.