Boris Johnson nudged the UK towards a hard Brexit on Monday (3 February), insisting that the UK would not commit to maintaining EU standards on state aid and labour standards in order to strike a new trade deal with Brussels. EPA-EFE/Jason Alden / POOL

Boris Johnson nudged the United Kingdom towards a hard Brexit on Monday (3 February), insisting that the UK would not commit to maintaining EU standards on state aid and labour standards in order to strike a new trade deal with Brussels. But he also said London would not seek to “undermine EU standards” or “engage in dumping”.

The UK prime minister and the EU’s chief negotiator Michel Barnier set out on Monday their separate stalls for the talks, which are set to start within weeks.

In Brussels, Barnier unveiled the EU’s draft negotiating mandate and said that negotiations can begin “immediately” once the mandate is approved by the EU Council at a special summit on 20 February.

Barnier insisted the EU was prepared to offer an ambitious trade pact, taking account of the “exceptional” circumstances of Brexit, which comes with strings attached.

The EU would require “mechanisms to uphold the high standards we have in social, environmental climate, tax and state aid matters today, and in their future developments,” said Barnier.

Dangling what is likely to be a red rag for hard Brexiteers, Barnier added that an EU-UK pact “must include an agreement on fisheries. This agreement should provide for continued, reciprocal access to markets and to waters with stable quota shares.”

“If you can agree on this, as well as on robust commitment towards a level playing field, and the necessary enforcement regime… we will achieve a very ambitious free and fair trade agreement,” said Barnier.

Barnier added the EU was keen for the new economic partnership with the UK to cover the mobility of people and transport.

But failure to offer a deal on fisheries would mean that so-called ‘passporting rights’ for financial services, one of the UK’s main industries, would not be covered by a trade deal, Barnier added.

Across the Channel in London, however, a typically bombastic address by Boris Johnson promised that the UK would use its new status to make the case for free trade which he said was being “choked” by ‘mercantilists and protectionists’ in ‘Beijing, Brussels and Washington DC’.

Johnson and his ministers no longer use the phrase ‘Brexit’ and are also seeking to re-shape the debate, saying that failure to reach a new deal with Brussels would see the UK trade with the EU on terms akin to Australia. EU-Australia trade relations are very close to basic World Trade Organisations terms.

Johnson’s speech was shorter on detail than his EU counterparts, but he played down the need for any assurances on the EU’s demands, stating that “we are not leaving the EU to undermine EU standards, there will not be a ruthless race to the bottom, we will not engage in any kind of dumping,” he said.

“The UK will maintain the highest standards in these areas – better, in many respects, than those of the EU – without the compulsion of a treaty and it is vital to stress this now,” said Johnson.

“We want a free trade agreement, similar to Canada’s, but in the very unlikely event that we do not succeed, then our trade will have to be based on our existing Withdrawal Agreement with the EU,” added Johnson.

He said that France and Germany spend twice and three times as much on state aid as the UK.

On fisheries, however, he said that UK negotiators would be “ready to consider an agreement” but only if it recognised that the UK is an independent coastal nation and that access would prioritise British boats.

That tough stance re-opens the prospect of the UK leaving the single market without a deal and reverting to WTO terms.

The two speeches set the scene for several months of shadow-boxing on the EU’s pre-conditions before talks on technical details can begin.

But there is a tight timeline. The UK will leave the Single Market and customs union on 31 December, and analysts say a new deal would need to be agreed by late-October in order for it to be ratified in time.

The two sides are expected to prioritise striking arrangements for the sectors that are most vulnerable to a no-deal scenario.

In the meantime, Barnier told business leaders that they “must adapt now to this new reality”. 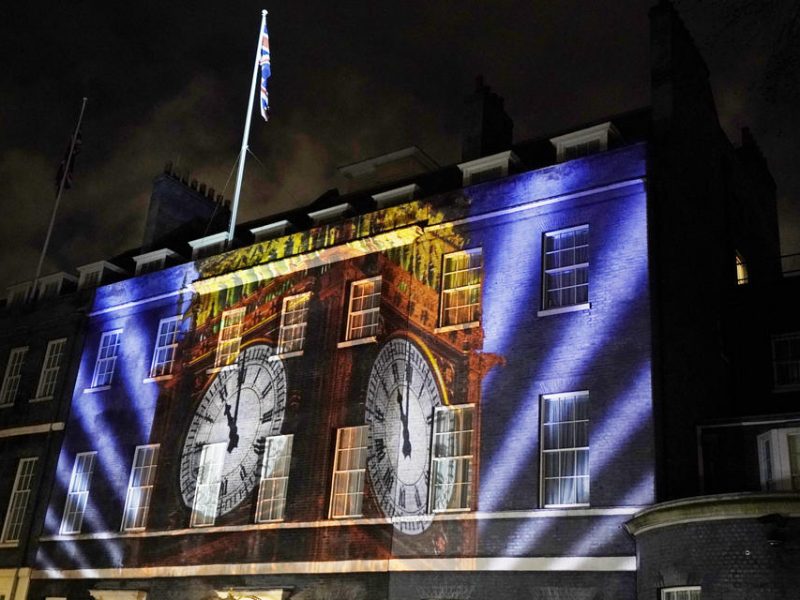