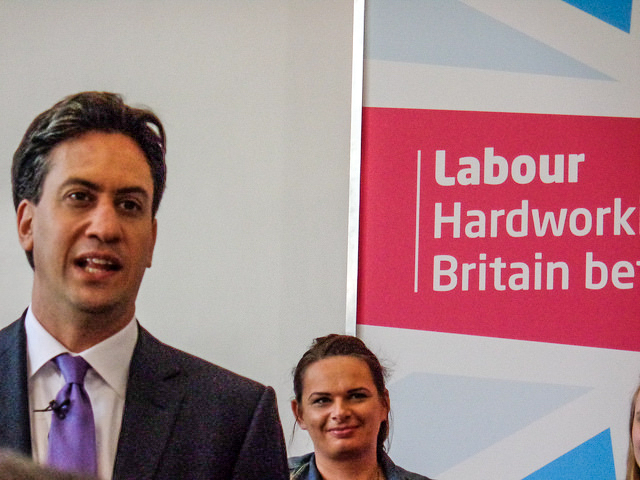 Speaking at the Jaguar Land Rover factory in the West Midlands, Labour leader Ed Miliband said a modern industrial strategy was needed that saw business and working families “succeed together”.

“Our plan is based on the idea that it is only when Britain’s working families succeed that Britain succeeds,” he added.

Miliband laid out a host of business policies in his speech including:

In a week where tax avoidance of high profile business leaders has dominated domestic headlines, Miliband said a plan was needed to rebalance the economy and recognize “every persona in every sector of the economy is a wealth creator.”

Labour are also promising to fund £30 billion of devolution over five years giving local authorities in England more power of employment, skills and business support as well as setting up a National Infrastructure Commission.

Speaking at the same event Shadow Chancellor, Ed Balls, said Labour would “bang the table for reform in Europe” but added it was important for Britain’s long term interests to stay in the European Union.

The Conservative Party Chairman, Grant Shapps said a Labour government would lead to economic chaos. “Hardworking families will pay dearly for Labour’s higher taxes, higher borrowing and higher debt – exactly the same incompetent economic policies that got us into a mess in the first place.

“Only by sticking to the strong leadership of David Cameron and the Conservatives’ long-term economic plan will we secure a better future for our country.”